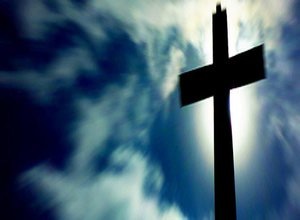 Photo used under a Creative Commons license by flickr user <a href="http://www.flickr.com/photos/noecarrillo/">noe_carrillo</a>

Last Easter Sunday, 11-year-old Kara Neumann of Weston, Wisconsin, lay motionless on her bed, too weak to walk or speak. If her parents had called the hospital that day, Kara might have lived. Instead, Dale and Leilani—followers of the Unleavened Bread Ministry, an online church that shuns medical intervention—knelt in prayer beside her. Kara died a few hours later of diabetic ketoacidosis, a result of undiagnosed and untreated juvenile diabetes.

Are Dale and Leilani guilty of reckless endangerment? That’s a question juries will start to answer this week as Leilani stands trial May 14. (Dale will be tried separately in June.) If convicted, each parent faces up to 25 years in prison. “The free exercise clause of the First Amendment protects religious belief, but not necessarily conduct,” Judge Vincent Howard of Marathon County Circuit Court wrote when he ruled that the Neumanns must stand trial on charges brought by state attorney Jill Falstad. Howard has ordered all parties in the case not to speak to the media.

The highly anticipated trial has opened a new front in the long-running war between some religious communities and the medical establishment over children’s health care. “We are not commanded in scripture to send people to the doctor,” Unleavened Bread Ministries preacher David Eells said in a statement to his followers, “but to meet their needs through prayer and faith.” Under current Wisconsin law, his followers aren’t commanded by the state, either. Part of the legacy of the 1996 Child Abuse Prevention and Treatment Act, which included a landmark exemption for parents who do not seek medical care for their children for religious purposes, is that parents cannot be accused of child abuse or negligent homicide if they genuinely believed that calling God, instead of a doctor, was the best option available.

While all states give social service authorities the right to intervene in cases of child neglect, criminal codes in more than half also provide additional protection for religious parents who forgo mainstream medical treatment. Sen. Lena Taylor (D-Milwaukee) and the Church of Christ, Scientist in Wisconsin are currently working on legislation that may further impact children’s health care by creating an “affirmative defense” for religious parents who choose “faith healing” over mainstream medicine.

In light of Kara’s high-profile case, faith-healing communities around the country are worried about losing the right to treat their children according to their religious beliefs. “The way the law is worded right now is confusing and makes it seem like we have a shield to recklessly endanger children,” says Joe Farkas, legislative affairs representative for the Church of Christ, Scientist in Wisconsin. “Our church loves children and we want to protect children…We want to have an ‘affirmative defense’ where parents relying on Christian Science treatment are given a fair opportunity to explain why they believed their action was in the best interest of their child,” he adds. Christian Science, developed by Church of Christ, Scientist founder Mary Baker Eddy in the late 19th century, believes “Infinite goodness, realized in prayer, heals.” One Wisconsin-based Christian Science website features a montage of children’s drawings thanking God for healing everything from a severed thumb to a pet rat.

Not everyone is convinced that the Church of Christ, Scientist puts children before dogma. “Sen. Taylor should be deeply suspicious of their requests,” says former Christian Scientist Rita Swan, executive director of the nonprofit Children’s Health Care Is A Legal Duty. “The Christian Science church lobbies around the country for religious exemptions,” notes Swan, who dedicated her life to “protecting children from abusive religious and cultural practices” after watching her infant die of meningitis—another curable disease. “Our son was having convulsions and the faith practitioner said we had to look at the positive side—he was gritting his teeth because he was planning an amazing achievement,” said Swan. “Only when it was too late did we learn that symptoms of healing and divine intervention were actually signs of illness and suffering.” Since then, Swan has exposed unnecessary deaths, found outbreaks of polio and measles at Christian Science camps and schools, and interviewed adults who are handicapped today because their diseases and injuries went untreated during childhood. Nobody knows exactly how many children are affected negatively every year by their parents’ religious health beliefs, says Dr. Sara Sinal, who has written on religion-based medical neglect for Southern Medical Journal. “It is suspected that many deaths go unreported and unrecognized, particularly in closed communities.”

Religious objection to medical treatment can be traced back to the late 1800s in England, when a sect called the Peculiar People ended up on trial for allowing generations of children to die as a result of their decision to reject doctors and medicine. Today, many Christian fundamentalist groups routinely spurn some or all mainstream health care in favor of faith healing through prayer. Jehovah’s Witnesses accept some medical treatment but oppose blood transfusions, believing that only Jesus Christ’s shed blood can redeem them. Scientology eschews certain psychotherapeutic drugs. The Amish, who are members of an Anabaptist Christian denomination, often reject invasive medical procedures. Christian Scientist families similarly claim religious exemption from childhood vaccination programs and most routine medical care.

Mental illness is an area that remains especially taboo in orthodox religious communities. “A lot of fundamentalist Christians, including pastors, believe that people have mental illness symptoms because they do not pray hard enough or do not believe in God enough,” says John McManamy, mental health journalist and author of Living Well With Depression and Bipolar Disorder. McManamy notes that “religion is often a very positive experience for people with mental illness,” but extremists cling to a “medieval belief that mental affliction is the result of the work of the devil and lack of sufficient faith in God.”

More disturbingly, doctors who have religious objections to standard medical procedures now have federal protection. The most dangerous section of the so-called “conscience rule,” which went into effect in January, bars health care institutions and employers from requiring “any individual to perform or assist in the performance of any part of a health service program” if it would offend his/her religious beliefs or moral convictions.

Prosecutors often file charges in religion-based medical neglect cases, and Christian Scientists have been convicted on charges of manslaughter. However, many convictions are overturned due to the ambiguity created by religious exemption laws, says Shawn F. Peters, author of When Prayer Fails: Faith Healing, Children, and the Law. “The argument that the law is confusing—you apparently can treat your child with prayer under one statute, but not under another—is a strong one that has worked for faith healing parents in some states,” says Peters. An Oregonian couple was charged last year with criminally negligent homicide in the death of their 16-year-old son, who died from complications of a severely painful but easily treatable urinary tract infection. Earlier this year, a judge refused to drop criminal charges against another Oregon couple in the death of their 15-month-old daughter, who likely would have survived had she received antibiotics. And on May 8, a court hearing for Colleen and Anthony Hauser began in Sleepy Eye, Minnesota; the parents, part of a Native American organization called the Nemenhah Band, claim a “spiritual right” to try to cure their 13-year-old son of Hodgkin’s lymphoma with healthy food and vitamins. Doctors contend their son has a 90 percent chance of recovery with chemotherapy and radiation.

The medical community has long grappled with religious traditions that jeopardize their patients’ health. “Fundamentalists tell us their lives are in the hands of God and we, as physicians, are not God,” says Dr. Lorry Frankel, a professor at the Stanford School of Medicine and author of Ethical Dilemmas in Pediatrics. “We respect people’s religious beliefs and try to compromise, but we won’t deny treatment that will save lives.”

Organizations that have called for repealing religious exemptions include the American Academy of Pediatrics, American Medical Association, National District Attorneys Association, Prevent Child Abuse America, National Association of Medical Examiners, and CHILD Inc. “Too often, deference to religion in contemporary American society has resulted in us subordinating all other values,” says Dr. Richard Sloan, professor of behavioral medicine at Columbia University Medical Center. “The law must recognize that the right of children to live supersedes the rights of their parents to free expression of religion.”

Deena Guzder has reported on human rights issues from New York, Tehran, and Mumbai. She is the author of a forthcoming book on progressive religious radicals for social justice, currently scheduled for release by Chicago Review Press in 2010.