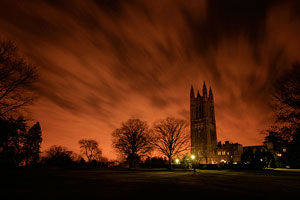 What do Sonia Sotomayor and Samuel Alito have in common? Several commentators have pointed out that both graduated from Princeton University (along with 10 other Supreme Court justices) before going on to Yale Law and first jobs as prosecutors. But there’s another parallel in their backgrounds, as well: Sotomayor’s and Alito’s time at Princeton in the 1970s shaped and reflected their views on the politics of race, class, and gender. And it’s those views that have turned out to be the most controversial issue in both their nominations.

Sotomayor’s statements about her Latina identity have been used by a cohort on the right to brand the nominee a “reverse racist.” At the center of the storm is a line from a 2001 speech: “I would hope that a wise Latina woman, with the richness of her experiences, would more often than not reach a better conclusion than a white male who hasn’t lived that life.” Newt Gingrich, Rush Limbaugh, and Bill O’Reilly, among others, have declared this proof that she is a bigot who wants to see white men laid low by upstart women and minorities, and this will form the basis of the “judicial activism” she’ll exercise on the court.

As pundits argue about how Sotomayor’s sense of Latina identity might affect her judicial conduct (something never done when the nominees are white men), Politico’s Ben Smith on Friday traced the formation of that identity back to her experiences at Princeton. As a member of the class of 1976, Sotomayor was part of the first group of women admitted to the university, and of a slowly growing number of students of color. Smith writes:

Friends, classmates, and Judge Sotomayor herself say that sense of racial identity as a central political category—and of her own place on the stage as not just a wise judge, but as a wise Latina—were formed in the unlikely crucible of Princeton…

The school was “an alien land for me,” Sotomayor recalled two decades later…Her writing skills, she’d discovered, weren’t as polished as those of her prep school classmates. And few could identify with the daughter of a single mother from one of the poorest counties in America.

The center of Princeton social life, meanwhile, were its exclusive eating clubs, which were largely white. Some even barred women at the time.

Sotomayor found her own way at Princeton, becoming involved in the campus Puerto Rican group, which helped file a 1974 complaint with the federal government based on the university’s “lack of commitment” to federally mandated minority recruitment goals. Twenty years after her graduation, she would say in a speech that while “it is not politics or its struggles that creates a Latino or Latina identity…Princeton and my life experiences since have taught me…that having a Latina identity anchors me in this otherwise alien world.” (As Smith notes, another Princeton undergraduate, Michelle Obama, would write something similar in her senior thesis in 1985: “My experiences at Princeton have made me far more aware of my ‘blackness’ than ever before. I sometimes feel like a visitor on campus; as if I really don’t belong.”)

Although it happened less than four years ago, there has been less talk about another Supreme Court controversy that revolved around race and gender politics at Princeton University. In November 2005, a few weeks after George W. Bush nominated Samuel Alito, documents emerged showing that in a 1985 application for a job in the Reagan Justice Department, Alito had listed under his “personal qualifications” the fact that he was “a member of the Concerned Alumni of Princeton University, a conservative alumni group.” The New York Times reported at the time:

The group had been founded in 1972, the year that Judge Alito graduated, by alumni upset that Princeton had recently begun admitting women. It published a magazine, Prospect, which persistently accused the administration of taking a permissive approach to student life, of promoting birth control and paying for abortions, and of diluting the explicitly Christian character of the school.

As Princeton admitted a growing number of minority students, Concerned Alumni charged repeatedly that the administration was lowering admission standards, undermining the university’s distinctive traditions and admitting too few children of alumni…A pamphlet for parents suggested that “racial tensions” and loose oversight of campus social life were contributing to a spike in campus crime. A brochure for Princeton alumni warned, “The unannounced goal of the administration, now achieved, of a student population of approximately 40 percent women and minorities will largely vitiate the alumni body of the future.”

Alito said that he did not recall being in CAP, and his supporters tried to characterize it as simply a “conservative” alumni group. But that the Concerned Alumni of Princeton was a racist and sexist organization was not even a debatable point. CAP’s brand of “conservatism” is reflected in a piece in the group’s magazine written by its cochair, Shelby Cullom Davis, a notorious right-winger and one of Princeton’s largest alumni donors:

May I recall, and with some nostalgia, my father’s 50th reunion, a body of men, relatively homogenous in interests and backgrounds, who had known and liked each other over the years during which they had contributed much in spirit and substance to the greatness of Princeton…I cannot envisage a similar happening in the future with an undergraduate student population of approximately 40% women and minorities, such as the Administration has proposed.

The Princeton Davis reveres is something like the Princeton I remember, but not with nostalgia. As a member of the class of 1959, I, too, was shaped by my four eye-opening years there. Being what Sonia Sotomayer would call a “white male who hasn’t lived that life,” I was largely an observer, rather than a target, of the insidious bigotry that dominated life at Princeton University. But the experience permanently changed my worldview, too.

My family were great admirers of former Princeton president Woodrow Wilson, who had coined the university’s unofficial motto, “Princeton in the Nation’s Service.” I’d heard this all through my early life, so I faced a shock when I arrived for my freshman year. I would like to say that my idealism or iconoclasm made me reject the whole superficial, conformist, class-based system I found at Princeton—but in fact, I never got the chance. It rejected me first. I might have been a white male, but I didn’t have the right pedigree, the right prep school diploma, the right clothes or social graces to make the grade. The only thing that saved me was working on and later editing the student newspaper, especially through its efforts to expose the vaunted eating club system for what it really was: an officially sanctioned instrument of racial and class exclusion.

At that time, the club system was even more appalling than the fraternities or secret clubs of other Ivy League institutions in that it required every member of the student body to join a club or face exclusion from the university community. Students joined clubs through an annual event called “Bicker,” something resembling a fraternity rush in which students were chosen largely on the basis of looks, dress, social behavior, and class status—the same criteria that would have been used for inviting people to a cocktail party. You can imagine how minorities fared in such a contest. And in the late 1950s, the outsiders in question weren’t women, who wouldn’t be admitted for another 10 years, or blacks and Latinos, who could almost be counted on one hand. They were white males—Jewish white males. During my time at Princeton, anti-Semitism was as much an institution as the clubs themselves.

It all came to a head in the 1958 Bicker. Facing criticism about some students not being chosen for a club, student leaders came together and, on the advice of the administration, devised a plan to make sure all members of the sophomore class would be included in one eating club or another. First, they called together everyone who had not yet been admitted to the back porch of Ivy Club, which was dubbed “The Cage.” There, on a cold night, I watched as the unwanted (of whom a disproportionate number were Jewish) were traded back and forth like playing cards, and reported on the scene for the newspaper.

According to Jerome Karabel’s The Chosen: The Hidden History of Admission and Exclusion at Harvard, Yale, and Princeton, publicity surrounding what came to be known as the Dirty Bicker of 1958 affected Princeton’s prestige and application rates, and actually ended up bringing about reform. In my opinion, it will always seem too little and too late. But it was those reforms that would eventually allow the admission of someone like Sonia Sotomayor—or, for that matter, Sam Alito. (There weren’t many Italian Americans from Trenton at Princeton in my time.)

On Friday Bill O’Reilly (another white male who wouldn’t have made the grade at the best Princeton eating clubs) complained:

The left sees white men as a problem. They believe women and minorities in power is a solution to that problem. That is called gender and race politics. With minority voters now able to swing presidential elections, gender and racial situations become extremely important.

And thank god for that.