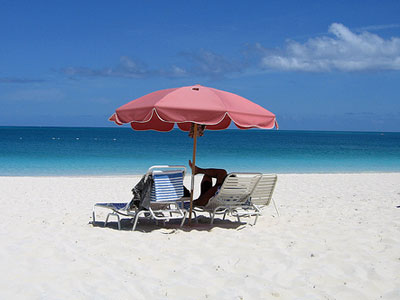 “Everyone is suffering,” President Obama said in his speech to a joint session of Congress in late February. He was referring to the global financial and economic crisis, but he didn’t have it exactly right. There are some people who are doing well: dollar-store owners, bankruptcy lawyers, gun manufacturers (sales are up!), short-sellers of stock, foreclosure experts, and so on. But some individuals who are doing well are doing really well. Here’s a rundown of 10 of the financial crisis’ biggest winners:

John Paulson: “John Paulson Profits in Downturn” is the headline of a February 2009 article in Portfolio magazine. It’s also the understatement of the century. Paulson is a hedge fund manager who has been ridiculously successful betting against banks and other entities that had exposure to the subprime crisis: In 2007, his funds were up $15 billion. In 2008, he didn’t do as well: His main fund rose 38 percent in a year when the S&P 500 fell almost 40 percent. His 2007 earnings were in the neighborhood of $3.7 billion. According to Forbes, while 656 billionaires lost money last year, Paulson was one of the 44 who added to their fortunes. He jumped to #76 on the magazine’s list of the world’s richest people, approximately doubling his net worth since 2007. According to Portfolio, $100 invested with Paulson’s “Credit Fund 1” in 2007 would be worth nearly $700 today. And on Wednesday, Bloomberg News reported that Paulson may have made another $428 million since September 2008 by shorting Lloyds Banking Group and HBOS Plc., two British financial firms.

Andrew Lahde: In late 2007, the Financial Times reported that a hedge fund run by Santa Monica-based Lahde Capital was up a stunning 1,000 percent through November 26 of that year. Andrew Lahde had earned those returns by taking the other side of everyone else’s stupid bets: He bet that the subprime loans banks were packaging, securitizing, and otherwise turning from crap to gold were, in fact, still crap. Like Paulson, Lahde was right about the subprime loans, and that move, according to the Financial Times, “appears to have become the most profitable single trade of all time.” Unlike Paulson, Lahde is no longer working in the financial industry. Last October, he closed up shop, penning a wide-ranging screed (PDF) railing against the hedge fund industry, the American system of government, and (naturally) the illegality of growing hemp. “I am dropping out,” he wrote. “Please do not expect any type of reply to emails or voicemails within normal time frames or at all.”

Sir Fred Goodwin: Goodwin, who The Economist called “a bad banker and a dishonourable man” last week, was the head of Royal Bank of Scotland (RBS) until it had to be bailed out by the British government late last year. (John Paulson, coincidentally, made $420 million in late 2008 and early 2009 betting that RBS was going down.) So how has Goodwin profited from the crisis? Despite his failure, he’s still likely to receive a pension of nearly $1 million a year. If Britain hadn’t saved RBS from going bankrupt, Goodwin’s pension would be in the neighborhood of $39,000 a year, beginning when he turned 65 (he’s 50 now). But since his bank was bailed out, he is, as The Economist writes, an “accidental multimillionaire.”

James Chanos: Chanos last drew widespread attention when he made millions betting against Enron in the early 2000s. He later gave testimony walking Congress through the analyses his firm, Kynikos Associates, had performed to determine Enron was drastically overvalued. Chanos told Reuters in late February that his funds “had a good year” in 2008—not surprising for a man whose fund specializes in betting stocks will go down. The average hedge fund focusing on that kind of trading had 25 percent returns in 2008, so a “good year” for Chanos was probably a very good year compared to stock indexes, which were down big. But even winners like Chanos have their problems—despite good returns, skittish investors still withdrew 20 percent of their money from his funds.

Prem Watsa: Watsa, Canada’s version of Warren Buffett, is known as the “Sage of Toronto.” He believes the world is going through an “economic Pearl Harbor,” but if that’s the case, he’s on the winning side. Like others who did well in 2008, Watsa made a killing betting against financial companies like American International Group (AIG). In 2008, his company, Fairfax Financial Holdings, had its best year in its 23-year history. Its book value was up 21 percent on the year and its $1.1 billion in earnings made Fairfax Canada’s most profitable corporation.

Shawn Kolahi: Kolahi used to be a mortgage broker, specializing
in “cash-out” refinancing. The company he worked for, Dana Capital,
tried to convince people with bad credit to take out new loans because
their homes had gone up in value. According to Salon‘s Alyssa Katz, who wrote about Kolahi
in early March, “It’s largely thanks to cash-out mortgages like Dana’s
that recent homebuyers in California, more than anywhere else in the
country, owe far more in mortgage debt than their homes are actually
worth.” Like many others in his line of work, Katz reports, Kolahi is
now in the “loan modification” business, heading “a fire brigade
battling the inferno he helped ignite.” But very few loan modifications
actually work, and critics say that trying to get people to keep paying
a mortgage on a house that was insanely overvalued is predatory
lending. It “is not only ineffective, it is evil,” former mortgage
broker Ramsey Su wrote in the Wall Street Journal
in January. Whether or not that’s true, it’s clear that Kolahi and
people like him have figured out a way to profit from both sides of the
bubble—first selling bad mortgages and then trying to “fix” them.

Jerry Haworth: Haworth is a relatively small-time hedge fund
manager (his firm manages in the neighborhood of $40 million), but his
“Black Swan Fund” made big-time profits over the past year, gaining 236 percent. The fund is named after NYU professor Nassim Nicholas Taleb’s Black Swan theory,
which warns of rare, hard-to-predict events that nonetheless have
enormous impacts. The fund was “conceived and executed as a disaster
hedge, and clearly last year was full of disasters” one fund investor
told Bloomberg News. But Haworth announced in early March that he is
closing down the Black Swan fund, because, he says, “The market has
gone from underpricing risk to overpricing it.” Instead, he’ll be
starting a fund that bets on increasing worldwide inflation.

Meredith Whitney: Not many financial analysts saw their reputations enhanced by the economic meltdown, but Whitney, who Fortune called the “oracle of the bear market,” is one of them. In October 2007, she wrote a highly critical memo attacking the financial stability of Citigroup. Citi’s CEO, Chuck Prince, resigned three days later, and Citi has since been the recipient of billions of bailout money. “It’s gotten to the point where Meredith can’t opine or write anymore without moving stocks,” Gus Scacco, an institutional fund manager for AG Asset Management, told Fortune last August. In February, as another of her predictions (that Citi would eventually have to dismantle itself) began to look like it was coming true, Whitney announced that she would be leaving Oppenheimer & Co. to start her own financial advisory firm.

Jamie Dimon: In today’s market, you can be a big winner just by not being a big loser. Dimon’s JP Morgan has weathered the financial crisis better than perhaps any other big bank. Dimon, the firm’s CEO, got JP out of the subprime securitization business earlier than its major competitors. (He still calls not getting out sooner “the biggest mistake of my career.”) And while JP Morgan has suffered greatly from the downturn, its position relative to its competitors is secure. On Tuesday, Dimon took center stage again, giving a speech that was credited with helping boost the stock market. He announced that JP Morgan was “solidly profitable” for the first quarter of 2009. While the company has taken $33.3 billion in losses since the start of the credit crisis, that’s only a fraction of those experienced by competitors like Citi ($88.3 billion) and Merrill Lynch ($55.9 billion). Dimon deserves at least some of the credit for minimizing the damage.

John Maynard Keynes: The great economist may be dead, but the past 20 or so months have been perhaps his finest hours since his theories fell out of favor in the late 1970s. Paul Krugman, a Nobel Prize winner in economics, calls the current era a “Keynesian moment.” And N. Gregory Mankiw, the chairman of George W. Bush’s Council of Economic Advisors, wrote late last year that “if you were going to turn to only one economist to understand the problems facing the economy, there is little doubt that the economist would be John Maynard Keynes.” When left-wing Democrat Krugman and right-wing Republican Mankiw agree, you know they’re probably on to something. “The essential framework constructed by Keynes—that recessions are caused by a failure of demand, and that at the very least government should not respond to an economic slowdown by paring back its largesse—is no longer in dispute,” The New Republic‘s Jonathan Chait wrote last week. Indeed, many world governments, including America’s, are trying to jumpstart demand by increasing government spending—the fiscal stimulus you’ve heard so much about. Krugman writes, “In the long run, it turns out, Keynes is anything but dead.”