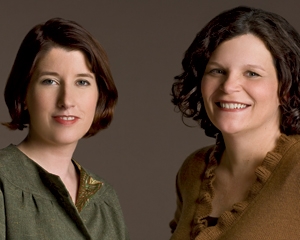 UPDATE: Join us for an expert-led reader forum April 13-17 on MotherJones.com around the question: Is organic and local so 2008?

as confirmation hearings go, Agriculture Secretary Tom Vilsack’s was a breeze. He wasn’t asked to explain his cheerleading for ethanol (granted, Iowa governors hardly have a choice) or genetically engineered food; the closest the senators came to a tough question was on whether ag subsidies would be doled out to just Midwestern commodities, or whether Southern and California farmers could get in on the action.

In a moment that affirmed our appreciation for the upper chamber’s special brand of dignified discourse, Sen. Pat Roberts (R-Kan.) soliloquized on farms that don’t conform to the corporate model: “That small family farmer is a retired airline pilot and sits on his porch on a glider reading Gentleman’s Quarterly—he used to read the Wall Street Journal, but that got pretty drab—and his wife works as a stockbroker downtown. And he has 40 acres, and he has a pond, and he has an orchard, and he grows organic apples. Sometimes there is a little more protein in those apples than people bargain for, and he’s very happy to have that.”

Pardon us while we translate. Organic farmers = elitists = liberals who are supported by their uppity stockbroker wives. Plus, their produce is worm ridden. Whatev. It’s that kind of cliché and recrimination that passes for a national conversation about agriculture. Indeed, you may well ask: There’s a national conversation about agriculture? For if your newspaper even bothered to cover Vilsack’s hearing, the story was likely buried; after all, ag policy matters only to farmers, and farmers are 2 percent of the population. Never mind that 100 percent of the population is eaters, and that what we eat is responsible for one-fifth of US carbon emissions, that our industrial diet is bankrupting our health care system, that some $13 billion a year in subsidies goes predominantly to underwriting junk food, that growing and subsidizing biofuel pushes up food prices and leads to starvation, deforestation, and even greater CO2 emissions. What we grow, it turns out, is at the very core of how we live, how we run our economy, how we exist in the world. And if we want that existence to be better than soup lines at home, food riots abroad, and drowning polar bears up north, we have to fix food now.

Sure, Sen. Roberts is a nitwit (reminder: This is the man who blocked the Senate’s wmd investigation for years), but the progressive camp isn’t blameless either. We dream about patronizing family farmers who grow organic fennel under the watchful gaze of happy goats—and for a lucky few, especially here in California, that’s even close to reality. But by focusing on consumer choices—always more available to the affluent—the foodie movement has also perpetuated a two-class system: pesticide-laden, processed, packaged, irradiated slop for the many, artisanal sheep’s milk cheese for a few. Is that what we want? More important, is it what we (and the planet) can live with?

Of course not. As Paul Roberts (no relation to Pat) points out in our cover story, to move our food system toward sustainability, we must draw both on ancient practices (like polyculture) and modern farming. Sometimes, it turns out, the best way to get rid of a lot of herbicides can be a little herbicide, and we might get our produce not from idyllic farms, but from hydroponic skyscrapers and greenhouse megaplexes set on urban brownfields or the roof of a Costco. Just as we’ve learned that tomatoes are better when taste is prioritized over flawless appearance, so too we might consider a food system where the perfect isn’t the enemy of the good—where eating local, say, is valued, but not to the exclusion of efficiency. (Yes, we can get by without peaches in January; but there’s nothing the matter with Kansas red winter wheat feeding the country.)

Besides, who are we kidding? The way America eats is a problem—but it’s nothing compared with how much of the world doesn’t eat. Last year’s corn and rice riots were a reminder that, if only for entirely selfish reasons, we must feed everyone on this small planet. That’s going to involve both sacrifice and innovation. It’s also going to mean taking a hard look at growing crops to feed cars. Corn ethanol has been exposed as nothing more than a giveaway (yet again) to the Archer Daniels Midlands of the world; growing oil palms on drained Indonesian peat bogs causes 420 times the greenhouse emissions that we’d prevent by burning the biodiesel derived from those trees. Some leaders, including Obama’s energy secretary, Steven Chu, still hold out hope for cellulosic ethanol, but that dream might be just one last Hail Mary pass to an industry built around refining, selling, and burning a liquid fuel.

Ultimately, we’re all invested in the ideas we’ve grown used to: Foodies like bucolic farms, oil companies like filling stations, Iowans like corn, and scientists like tech fixes. But we’re all going to have to give up some of what comforts us. The good news is, there are plenty of fresh ideas around. Even if some of them come with the occasional worm.