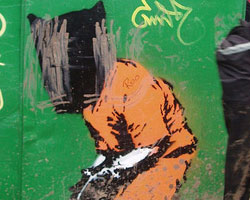 On the campaign trail, Barack Obama frequently cited his desire to shutter the US military’s detention and interrogation facility at Guantanamo Bay, Cuba. But with the election over and Obama set to assume the presidency in January, campaign rhetoric is giving way to hard political and legal realities. Closing Guantanamo raises a host of questions, such as whether to move detainees to the United States or repatriate them to their countries of origin; how to proceed with pending criminal prosecutions; and whether prosecutors will be able to use evidence acquired through torture. The Obama team has no clear answers as yet, but a group of human rights activists and legal scholars are arguing that simply closing Guantanamo, while a good start, will not be enough. They have called for an independent, nonpartisan commission to investigate Guantanamo and the rest of the secret archipelago of US detention and interrogation facilities created after 9/11.

At a press conference on Wednesday, the Human Rights Center and the International Human Rights Law Clinic, both at the University of California-Berkeley, along with the New York City-based Center for Constitutional Rights, released a new report on Guantanamo’s human costs. “We’ve heard a lot of stories about the methods of interrogation,” said CCR executive director Vincent Warren. “But often missing from that discussion is how those interrogations have been experienced by these men and how they have taken the scars, literal and psychological, back into the world at large.” He notes that the Gitmo experience “has had a devastating effect on human beings’ ability to reconnect to their previous lives.”

Between July 2007 and July 2008, researchers from the human rights groups interviewed 112 people—62 of them former detainees now living in nine countries, the rest former US government officials, NGO representatives, detainee attorneys, and former military and civilian staff at US detention facilities around the world. Over half of the detainees interviewed reported harsh treatment, such as shackling, beatings, exposure to extreme temperatures, sexual humiliation, and desecration of the Koran. Two-thirds claimed to now suffer psychological problems resulting from their detention, and virtually all complained that they’ve been unable to find employment since their release, thanks in large part to what the report’s authors call the “Guantanamo stigma.”

Twenty-four of the former detainees interviewed said they had not been mistreated. In several cases, detainees reported developing friendly relationships with their US interrogators after their captors acknowledged in private conversations that these detainees were innocent and did not belong in detention. The detention of innocent people has been a problem in Guantanamo and elsewhere, the result of hefty bounties offered by US forces in Afghanistan for Taliban and Al Qaeda fighters. Hundreds of innocents were caught up in dragnets, the victims of greed or personal vendettas. Of the 770 people imprisoned at Guantanamo since 2002, all but 255 have been released. Just 23 detainees have been charged with crimes, and of those only 2 have been convicted.

Focusing on the experiences of former detainees not only personalizes the issue but also “begins to give us the tools to talk about transition, both in the presidential transition about policy and also with respect to interrogation techniques,” said Warren. Looking to rehabilitate the US justice system in the eyes of the international community, the report recommends the creation of a commission that would have access to classified documents, power to subpoena testimony from key witnesses, and the freedom to recommend criminal charges. “This is not a witch hunt,” said Laurel Fletcher, director of Berkeley’s International Human Rights Law Clinic. “But it is a recommendation that will lead to a serious examination of both what’s gone right and what’s gone wrong, and how to make it better. We believe that Guantanamo cannot be swept under the rug.”

Before leaving office, President Bush could issue a blanket pardon to all those involved in the application of what his administration called “enhanced interrogation techniques.” But, Fletcher contends, that would be misguided. “In order to make sure that there are enough disincentives for these types of programs to be put in place in the future, either in the next administration or in future administrations, there has to be some level of accountability,” agreed Warren.

There are no signs yet how the Obama administration will handle the thorny issue of Gitmo. “Even if President Obama on his first day in office signs an executive order to close down the facility at Guantanamo, that really is the beginning of the discussion,” said Warren. “The magnitude of the Bush policy has to be countered with the magnitude of the Obama policy.” And that means more than simply hanging up a “closed” sign at Guantanamo.