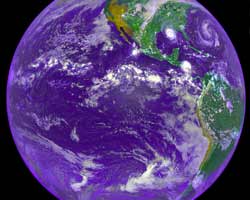 
For years, Helena Cobban has been standing on a street corner in Charlottesville, Virginia, with her local anti-war group, holding up “Honk if You Want Peace” signs. In 2006 the Quaker and self-described “convinced pacifist” noticed for the first time since 9/11 that something was changing: Each week, more people were honking. What followed in the midterm elections that November was a trouncing of what Cobban calls the “the Republican vision of US domination over the whole world.” A longtime foreign affairs writer, Cobban sensed the country was at a turning point and set out to explore the foreign policy opportunities that will come with a new administration.

Re-engage! America and the World After Bush, Cobban’s seventh book, lays out her ideas with an eye toward how ordinary citizens can advocate for change. Cobban brings to the book wide-ranging knowledge and experience gained from her nearly two decades as a columnist with the Christian Science Monitor and seven years spent living in Lebanon, much of it during the civil war. Currently a contributing editor at Boston Review, she maintains a personal blog on international issues called Just World News. Last month Cobban talked to Mother Jones about Barack Obama getting it right, the media’s “daddy-knows-bestism,” and why five percent of the world shouldn’t run it.

Mother Jones: When you look back at foreign policy during the Bush years, do you see any bright spots, things to emulate?

Helena Cobban: The negotiations with North Korea have been excellent. In a sense it’s sort of counter to the general narrative of Bushist unilateralism and militarism. There they were, working as part of a six-nation coalition engaging diplomatically with Pyongyang—where, goodness only knows, the regime is just as dictatorial and far more mercurial and bizarro than the regime in Tehran. It’s kind of weird that at the same time they were doing that, they were continuing to pump up this idea that there’s no possibility of dealing with the Tehran regime, and that we have to keep, as they ominously say, “all options on the table”—which in the context does mean the option of a nuclear first strike. It’s a scary thing that they’re saying there.

HC: I think he is definitely the one who, in my view, gets it best, in terms of what is possible in this relationship between the US citizenry—300 million people—and the other six billion people out there. The operative number we Americans need to remember these days is six billion. There are six billion men, women, and children on God’s earth who happen not to be US citizens, and they never elected the US to rule the world. So how do we, being just 5 percent of global humanity, want to build a relationship with the other 95 percent in which the rights and interests of everybody gets equally respected? That’s a challenge, because a lot of us, not me personally—okay, well I did have an SUV—a lot of us have been living in a very profligate and sort of domineering way. Grabbing the world’s resources and puffing out our horrible carbon dioxide emissions, with never a thought to the effect on the other 95 percent of humanity.

MJ: So you would be hopeful about an Obama presidency?

HC: Certainly in terms of what I’m hearing him say, what I’ve heard him say throughout, about the fact that war is completely dysfunctional as a way to get strategic gains of any lasting significance. He was against the Iraq War before there was an Iraq War, and to me that’s really important. When he says, “I’m not just for ending the war, I’m for ending the state of mind that got us into the war”—that’s a very kind of Quakerly way to approach the world.

MJ: What do you think the next president can and should do immediately that can improve America’s standing in the world?

HC: With respect to the first 100 days, we need to have a president who will commit to the post-Kyoto climate change process—that is, the negotiations that were started in Bali. [The president should] close Guantanomo and close the whole archipelago of secret prisons the US has around the world, and state unequivocally that the US has no lasting desire to stay in Iraq and will have withdrawn all its troops by January of 2011—that would give them two years.

MJ: Your book talks a lot about how ordinary citizens can get engaged. Can you talk about what steps people can take to advocate for these more progressive policies?

HC: There are some pretty good pro-peace and anti-war organizations around the country. Though nothing as large as what I saw when I came to the United States in the 1980s when you had the nuclear freeze movement and those massive demonstrations in New York City. There were large demonstrations in February 2003 during the lead-up to the invasion of Iraq, but that really has not continued as a nationwide movement. So we have to rebuild that, and that means working with your local anti-war movement, your local church, anyone that’s doing good anti-war organizing. That involves all the usual kinds of things, from sidewalk vigils and local demonstrations and passing resolutions and taking part in ever broader coalitions—keeping the pressure up on our elected representatives.

All those people we elected in November 2006 we elected on a fairly clear anti-war, let’s-end-the-occupation-of-Iraq program. They just really haven’t performed for us. We have got to hold their feet to the fire. After September 11th, one of the things that happened that really disturbed me as a female who has been a columnist—since 1990 I was writing my column in the Christian Science Monitor, one of the few female columnists in the mainstream media—was that all of those efforts that all of us made to get diverse voices in the national media were just swept away by a tsunami of daddy-knows-bestism. You just had these ranting, very militaristic white guys taking over the airwaves and the op-ed pages of major newspapers. I was really disappointed in the Washington Post, which in the days of the Vietnam War really played a heroic role. I don’t see that it’s gotten much better since then.

MJ: Post-9/11, do you think there was a connection between the message and the messengers being, as you say, a bunch of old white men?

HC: Oh, definitely. After 9/11 people wanted a father figure, they wanted reassurance, they wanted to feel safe. And your white male grandfather—your imagined white male father—was a person that you trusted. I think that’s a lot of the explanation for how George Bush got elected in 2004, which was the first time he was elected, of course. That surprised the heck out of me—already then, it was clear that the Iraq War was a damaging debacle that was actively counterproductive for our country’s interests. But people elected the guy. I sat with a lot of my friends in DC and elsewhere, trying to think, what is happening here? And the best explanation we could come up with was, people are still traumatized.

MJ: What’s your take on the current state of the Middle East? What do you think should happen with American policy?

HC: The Middle East provides so many great examples of what I’m arguing for in Re-Engage. The big argument of the book is that the United States should have a policy of global inclusion. That means both the United States itself getting reincluded into the international community on a healthier and more mutually respectful basis, but it also means bringing into decision-making forums the voices of those who currently are excluded or marginalized from them. So in the Middle East, that is obviously the government of Iran, which the United States has systematically been seeking to exclude and overthrow for the last 15 years, and also these large social movements like Hamas and Hezbollah, which have proven their support at the popular level and have proven their willingness to engage in cease-fires, pending the completion of final peace agreements.

If you look back at how the conflicts in South Africa or Northern Ireland or so many other conflicts having to do with decolonization, how did they get ended? They ended when the national liberation movement sat down with the outgoing colonial or other power on the basis of, anybody can sit in those negotiations who is prepared to engage in a cease-fire and to test their mandate in popular elections. Those were the only two conditions in the successful peace process in South Africa and the successful peace process in Northern Ireland. There was no prior demand that anybody had to disarm or demobilize, either militarily or ideologically. In South Africa, the Pan Africanist Congress was a full part of the negotiations even though they still had the slogan, “For one settler, one bullet.”

MJ: In the beginning of the book, you say you are a “convinced pacifist.” How do you define pacifism and how does it inform your reporting and writing?

HC: Well, I came by it over the years, partly from my experience of having worked and lived in Lebanon for seven years, six of them at the beginning of the civil war there. I was married to a Lebanese person—my two children from that marriage are half-Lebanese. So I was there almost as an integrated member of Lebanese society, as a wife and a mom and somebody who was trying to run a household under the circumstances of civil war.

Most journalists don’t have that experience, living in a hotel, worrying about the survival of their children or hauling water up from the basement because there is no electricity to pump it up. Reflecting on that through the 1980s and 1990s, and looking at Bosnia or Kosovo or the Middle East, I just saw that war was not getting anybody what they thought they wanted. I was also inspired by the Dalai Lama, whom I had the honor of meeting and working with a little bit in the late 1990s. It just became clearer and clearer to me that, first of all, war always disproportionately harms civilians. Quite frequently nowadays in the war doctrines of nations there is an intention to harm civilian infrastructure, as the Israelis did in Lebanon in 2006, as the US in essence did in Iraq by completely dismantling the entirety of Iraq’s state apparatus in 2003. It just struck me that you can’t get lasting gains through waging wars.