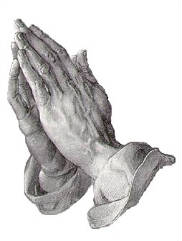 In 1952, when Harry Truman called for a National Day of Prayer, now celebrated annually on the first Thursday of May, it was meant to encourage Americans of all faiths to pray with one another in whatever way felt best to them. It would be an ecumenical celebration of faith that would draw people together in common religious and spiritual contemplation. One can only imagine what Truman would think of this year’s event, the planning for which has been marred by bitter squabbling over who should be allowed to participate.

Shirley Dobson, wife of James Dobson, the conservative founder of Focus on the Family, is this year’s chairperson of the National Day of Prayer Task Force, a non-governmental organization based in Focus on the Family’s offices in Colorado Springs and charged with organizing various events. According to Jay Keller, national field director of the Interfaith Alliance, Dobson has made a point of “excluding Jews, Muslims, Catholics, Buddhists, and even mainline Christians” from the National Day of Prayer.

Thanks to Dobson, this year’s task force volunteers are required to sign pledges, stating: “I commit that NDP activities I serve with will be conducted solely by Christians while those of differing beliefs are welcome to attend.” Volunteers must also affirm that they “believe that the Holy Bible is the inerrant Word of The Living God” and that “Jesus Christ is the Son of God and the only One by which I can obtain salvation and have an ongoing relationship with God.” Such oaths violate the non-sectarian nature of the National Day of Prayer and clearly align “a government-sponsored event with a particular Christian denomination, in violation of the basic provisions of the First Amendment to the Constitution,” says Keller.

If that isn’t enough to make Truman roll over in his grave, try this: Dr. Ravi Zacharias, the honorary chairman of this year’s event, has refused to invoke the name of Jesus Christ in his official prayer, so as not to offend the faithful of other religions. (Read the text of his prayer here.) This has sparked outrage among Evangelicals, such as those at the Christian Newswire, which issued a press release—titled, “Ashamed of Jesus at the National Day of Prayer”—which attacks Zacharias and, if you can believe it, takes aim at Dobson for not doing enough to uphold Jesus’ name in the upcoming events.

An excerpt from the release:

According to the truth of God’s Word, the entire counsel of God, we do not pray in “God’s Holy Name” to God the Father. We pray to God the Father in the name of His only Son, Jesus Christ, who alone provides us access to the Father. It is appalling that Dr. Zacharias is willing to capitulate to the un- Scriptural, interfaith ecumenism and discard the name of Jesus. NDP Chairwoman, Shirley Dobson, owes a biblical explanation to Christians around the nation as to why the name of Jesus is absent from the official prayer. We are not here as Christians to appease those of other world religions. We cannot come to God except through His Son’s righteous merits. To pray as “Christians” in any other way is both a farce and a mockery. While other believers around the world are dying for that name, in America, Dr. Zacharias will not even breathe that name in his official public prayer because it might “offend”.

If evangelical leaders want God’s help in the midst of America’s deepening national crisis, we must come to Him on His stated terms, not ours. Either God’s Word is truth, or it is not. There is no middle ground. There are no special interfaith prayer models in Scripture for evangelical activists hoping to maintain conservative political coalitions. Such tacit denial of Jesus Christ will court God’s righteous wrath, not His blessing. Dr. Zacharias owes an apology to those throughout history who have paid the ultimate price for their fealty to King Jesus. May God grant repentance to those pragmatic evangelicals who place cultural concerns before Scriptural truth.

Photo used under a Creative Commons license from Wyscan.