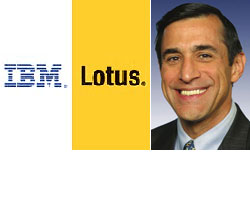 During a House Oversight Committee hearing last month on the preservation of White House records, an indignant Rep. Darrell Issa (R-Calif.), a frequent critic of Chairman Henry Waxman’s investigations, did his best to play down the extent of the Bush administration’s now well-documented email archiving problems. Defending the White House’s decision to switch from the Lotus Notes-based archiving system used by the Clinton administration, Issa compared the the software to “using wooden wagon wheels” and Sony Betamax tapes. To observers of the missing emails controversy, Issa’s comments seemed little more than an attempt to deflect blame from the White House for replacing a working system for archiving presidential records with an ad hoc substitute. But to IT professionals who use Lotus at their companies, Issa’s remarks seemed controversial, if not downright slanderous. Now, according to an executive at IBM, the software’s manufacturer, the California congressman has apologized for his characterization of Lotus and offered to correct the congressional record.

“Following the hearing, several Lotus customers and partners contacted me expressing concern over the way that Lotus Notes was characterized in those hearings,” the executive, Ed Brill, wrote on his blog. “The sequence of events that followed… was quite dramatic for me, even after 20 years in the industry—I ended up on the phone with Congressman Darrel [sic] Issa, who could not have been nicer or more understanding of what issues were raised by his comments.”

According to Brill, he has since received a letter from Issa and has been assured that the “hearing testimony will also receive an amendment clarifying the intent of the commentary about Lotus Notes.” Several calls to Issa’s office last week and today went unreturned, and Brill has also yet to respond to email and telephone inquiries.

“Lotus Notes is an enterprise class, high performance, very, very up-to-date high-level software,” Gewirtz says. “It went through its most recent upgrade 3 months ago, and it’s deployed in some of the world’s largest enterprises. It’s one of the best.”

Jeff Schiller, the Network Manager and Security Architect at the Massachusetts Institute of Technology, agreed with Gewirtz’s assessment. “There are some very innovative features to Lotus Notes that nothing else duplicates,” he said. “I suspect it is actually superior technologically” to competing products.

While the merits of Lotus and other email software products can certainly be debated, even Theresa Payton, the White House Office of Administration’s Chief Information Officer, seems to agree that any archiving program is better than the system (which has included manually saving emails) that the Bush administration put in place. Asked during last month’s hearing whether she ever wished her predecessors hadn’t scrapped the Lotus-based system, Payton, who went to work for the White House in 2006, said, “Obviously it would be nice.”