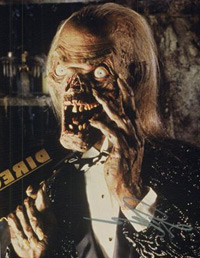 I love when Republicans rip each other. And Rick Santorum just went on Hugh Hewitt’s radio show and did nothing but rip John McCain the entire time. Enjoy.

RS: Well, number one, John McCain will not get the base of the Republican Party. I mean, there was a reason John McCain collapsed last year, and it’s because he was the frontrunner, and everybody in the Republican Party got a chance to look at him. And when they looked at him, they wait well, wait a minute, he’s not with us on almost all of the core issues of…on the economic side, he was against the President’s tax cuts, he was bad on immigration. On the environment, he’s absolutely terrible. He buys into the complete left wing environmentalist movement in this country. He is for bigger government on a whole laundry list of issues. He was…I mean, on medical care, I mean, he was for re-importation of drugs.

I mean, you can go on down the list. I mean, this is a guy who on a lot of the core economic issues, is not even close to being a moderate, in my opinion. And then on the issue of, on social conservative issues, you point to me one time John McCain every took the floor of the United States Senate to talk about a social conservative issue. It never happened. I mean, this is a guy who says he believes in these things, but I can tell you, inside the room, when we were in these meetings, there was nobody who fought harder not to have these votes before the United States Senate on some of the most important social conservative issues, whether it’s marriage or abortion or the like. He always fought against us to even bring them up, because he was uncomfortable voting for them. So I mean, this is just not a guy I think in the end that washes with the mainstream of the Republican Party.

More after the jump. Santorum’s final message? The GOP is like a meat-lover at a San Francisco co-op grocery store. No good options.

HH: …did you serve alongside Senator McCain for 12 years or longer?

HH: So you know him well.

HH: When you hear the media talking about him, and of course, he got Iraq right, and we’re all grateful for that, but he wasn’t the only Republican to get it right. Do you believe he’s sincerely changed on the immigration bill to where he understands the message that was delivered last summer?

RS: Well, I mean, because John McCain was the leader on the other side of the aisle. John McCain was the guy who was working with Ted Kennedy to drive it down our throats, and lectured us repeatedly about how xenophobic we were, lectured us, us being the Republican conference, about how wrong we were on this, how we were on the wrong side of history, and that you know, this is important for his…because having come from Arizona, knowing the strength of the Hispanic community, that we were going to be seen as racists, and he wasn’t going be part of that, that he was not a racist, and that if we were for tougher borders, it was a racist thing. Look, John McCain looks at things through the eyes, on these kind of domestic policy issues, looks at it through the eyes of the New York Times editorial board, and accepts that predisposition that if you are not, if you stand for conservative principles, there’s some genetic defect.

HH: We’ve got about 30 seconds, Senator Santorum. Have you sensed today the conservative movement waking up to its peril?

RS: I guess my answer is yes, but I also…a lot of folks are throwing up their hands, not sure in what direction to go. That’s the problem.

HH: The direction’s toward Romney, isn’t it?