In our September/October issue, we published a 9,000 word story, “School of Shock: Inside the taxpayer-funded program that treats American kids like enemy combatants,” the result of a year-long investigation into the Rotenberg Educational Center by Jennifer Gonnerman: “Located in Canton, Massachusetts, the facility, which calls itself a “special needs school,” takes in all kinds of troubled kids—severely autistic, mentally retarded, schizophrenic, bipolar, emotionally disturbed—and attempts to change their behavior with a complex system of rewards and punishments, including painful electric shocks to the torso and limbs. Of the 234 current residents, about half are wired to receive shocks, including some as young as nine or ten. Nearly 60 percent come from New York, a quarter from Massachusetts, the rest from six other states and Washington, D.C. The Rotenberg Center, which has 900 employees and annual revenues exceeding $56 million, charges $220,000 a year for each student. States and school districts pick up the tab.”

Gonnerman’s story, which was accompanied by hundreds of pages of court testimony, a photo essay, and statements by experts decrying the methods of its founder, Dr. Matthew Israel, prompted legislators in Massachusetts to renew their efforts to shut the facility down, assemblymen in New York to reopen an investigation of the facility, and new D.C. School Chancellor Michelle Rhee to investigate why the city’s special ed program was sending its kids all the way to Canton. In addition, readers of our story organized themselves through our website’s comments boards. One mother went to the Rotenberg Center to see what would befall her autistic child if she enrolled him there; students from Brandeis organized themselves to investigate and protest the Rotenberg Center. 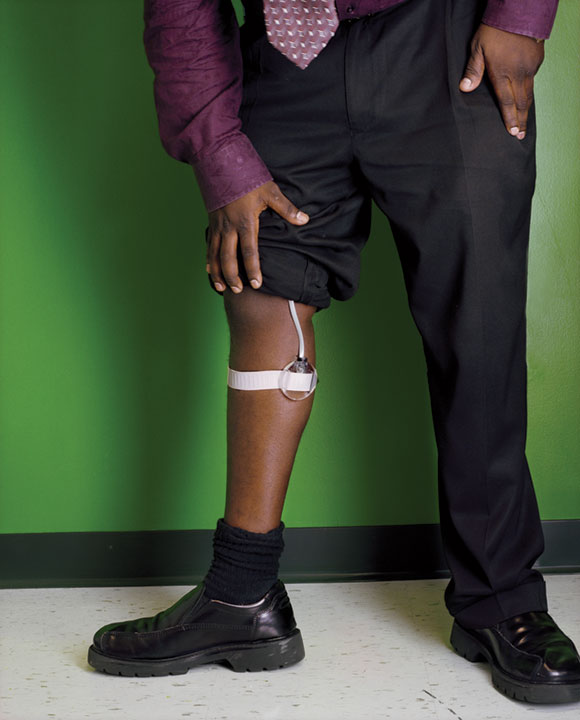 In the last few days, developments on this story have been fast and furious. D.C. School Chancellor Michele Rhee and Mayor Adrian Fenty have promised to have all nine D.C. kids still at Rotenberg pulled from the program—after the local Washington angle on our story was reported out by the D.C. Examiner, the ever incompetent and corrupt D.C. special ed program told Rhee it would remove them, only to, you know, not. Heads supposedly will roll, dear God, please let one be special ed director Marla Oakes.

But the real news is that Massachusetts just released another damning report [PDF] on the Rotenberg Center, this one detailing an incident where a former patient had called into one of the Center’s residential facilities and, posing as an administrator, told an orderly to wake two students, restrain and shock them, which they did, delivering 29 (!!) shocks to one student and 77 (!!!) to the other. Via the Patriot Ledger:

According to the report, as the two students protested that they were innocent and howled in pain, other student residents awoke in the night and shouted in protest, the report said. They told staff members the calls were a prank, but were told to go back to bed.

The two students complained they were in pain and asked to see a nurse, to no immediate avail. One, who screamed that his leg was “killing him,” was found during a hospital examination the next day to have first-degree burn from the skin shocks. The other told staff members his blood pressure was racing and he felt as though he was about to have a stroke.

The report concludes that one employee “was physically abusive toward residents,” while six others were negligent in their duties.

Here’s a WNBC-NY news report of the incident, including a statement from Governor Elliot Spitzer saying that the practices at the Rotenberg Center are “wrong, and should be ended,” and promising to pull NY kids from the program if allowed “the capacity to do so.” (Right now, New York City is stymied from doing just that by an injunction filed by some parents of kids at the Rotenberg Center.)

The school and its founder Dr. Israel, of course, claim that this was “an isolated, unprecedented” incident. Just as it claimed back in 1981 when it was reported that “Israel had pinched the feet of Christopher Hirsch, an autistic 12-year-old, at least 24 times in 30 minutes, while the boy screamed and cried. This was a punishment for soiling his pants.” Or when another student, 14-year-old Danny Aswad, died while strapped facedown to his bed. ” Or when “Vincent Milletich, an autistic 22-year-old, suffered a seizure and died after he was put in restraints and forced to wear a white-noise helmet.” Or when 19-year-old Linda Cornelison, who had the mental capacity of a toddler, refused to eat and was punished by staffers: “Between 3:52 p.m. and 8 p.m., staffers punished her with 13 spatula spankings, 29 finger pinches, 14 muscle squeezes, and 5 forced inhalings of ammonia. It turned out that Linda had a perforated stomach. She died on the operating table at 1:45 a.m.” You can read about these tragic incidents and many, many, many others in Gonnerman’s story.

My point is this. Not only has the particular strand of behaviorism that Dr. Israel peddles been completely debunked by other behaviorists again and again and again—”He’s a very smart man, but he’s an embarrassment to his profession,” one says. “I’ve never been able to figure out if Matt is a little off-kilter and actually believes all this stuff, or whether he’s just a clever businessman”—but even if there were any medical or scientific justification to such extreme aversive punishment, the way that it is carried out at the Rotenberg Center would undermine any potential therapeutic application.

As Gonnerman noted: “Behaviorism would seem to dictate that staff shock students immediately after they break the rules. But if employees learn about a misbehavior after it has occurred—by, say, reviewing surveillance footage—they may still administer punishment.” And: “Employees are encouraged to use the element of surprise. ‘Attempt to be as discreet as possible and hold the transmitter out of view of the student,’ states the employee manual.” “Employees shock students for a wide range of behaviors, from violent actions to less serious offenses, like getting out of their seats without permission. In 2006, the New York State Education Department sent a team of investigators, including three psychologists, to the Rotenberg Center, then issued a scathing report. Among its many criticisms was that the staff shocked kids for “nagging, swearing, and failing to maintain a neat appearance.” Israel only disputes the latter. As for nagging and swearing? “Sometimes a behavior looks innocuous,” he says, “but if it’s an antecedent for aggression, it may have to be treated with an aversive.”

And Gonnerman’s story ends when she discovers that a malfunctioning device had been randomly shocking Luigi, a mentally retarded resident who’d done nothing wrong. Just another “unprecedented, isolated” incident.

But perhaps the most chilling episode in Gonnerman’s story is this one: “One afternoon, when I walk into a classroom of teenagers, a 15-year-old girl catches my eye, smiles, and holds up a sheet of paper with a message written in pink marker: HELP US. She puts it back down and shuffles it into her stack of papers before anyone else sees.”

The question is now before legislators in Massachusetts and elsewhere: Will anyone help these kids?

Update: Having all but ignored the Rotenberg controversy for years, it seems that the New York Times is finally working on a story about it. Welcome, paper of record!