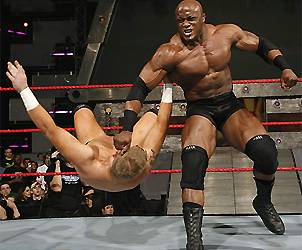 The knives have come out at the International Peace Operations Association (IPOA). Times have been tough for members of the private military industry trade group since IPOA member company, Blackwater USA, was implicated in a series of controversial shootings in a Baghdad traffic circle on September 16, which killed 17 Iraqis and wounded 24 others. Three weeks after the shootings, Blackwater withdrew its membership from the IPOA, apparently after receiving word that the group was preparing to launch an investigation of the company’s conduct. Doug Brooks, IPOA’s founder and president, has done his best to deflect criticism and shield his member companies from unwanted attention. But according to reporter Joe Neff of the Raleigh News & Observer, anger with Blackwater (if not for its conduct in Iraq, then for the unwelcome spotlight it has shone on the entire private military industry) is clearly on the rise among the firm’s former IPOA brethren.

In a recent teleconference with investors and financial analysts, DynCorp president and CEO Herb Lanese went to great lengths to distance his company from Blackwater. Only 2 percent of DynCorp’s revenues come from security work, Lanese said. “So, when you compare us to Blackwater, 2 percent of our revenue is on the same basis of Blackwater,” he continued. “Unfortunately, it’s very visible work that tends to attract a disproportionate amount of attention that I believe unfairly distorts the image of DynCorp… I do want you to know that in this narrow space in which we compete with Blackwater, we believe we are a very different company.”

Lanese went on to illustrate several of those differences, as he sees them. An extended excerpt of his remarks:

For example, we are highly selective in our hiring practices. We operate very, disciplined security teams. We enforce a strict, no-alcohol policy, strict no-alcohol — not eight hours prior to going up on a work assignment, but no alcohol period.

And let me just take a moment to explain a couple of these points that are off from my prepared remarks. On the selection process, roughly 50% to 65% of the people that we interview in this protection area are declined for employees either because of background checks, physical exams or lack of experience. An additional 15% are rejected because they don’t pass our psychological tests.

We’re not in the game of firing people after we hire them. We’re in the game of being selective in hiring the right people upfront. That is a really important distinction.

Look, we’re not taking any pleasure in Blackwater’s troubles, because I think it’s harmful for not only other companies that do this work, like ourselves, but it’s harmful for our country as well and our relations with Iraqi people. But I think our investors deserve to know how very seriously we take the work we perform and how responsibly we carry it out.

Blackwater has yet to issue a response.