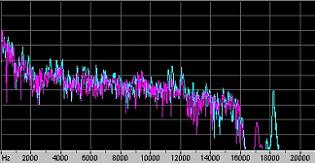 NME is featuring a British production combo, The Boilerhouse Boys, who got sick of nobody knowing who they were, and decided to craft a press release touting their supposedly new production technique that’s specifically designed for the iPod. The previously-anonymous Boys say they analyzed early stereo recordings, as well as the compression effects of MP3 and Apple AAC encoding, to come up with their innovative strategy: turn up the treble!

‘Poduction’ works by giving a boost to the higher frequencies, copying Motown recording techniques. Now even the likes of Kaiser Chiefs are set to release a ‘poduction’ remix, reports BBC News. Explaining their method further, Ben Wolff, one half of The Boilerhouse Boys said: “All of those Motown singles were sent up to the technical department who would analyse it and send it back with recommendations on how to make it louder. They’d say ‘add another tambourine, put in some footsteps’, or whatever. “I don’t think the average fan will necessarily be able to tell the difference”, Wolff added, “but you’ll know which one you like more, even if you don’t know why.”

Well, if I see a news story about the Boilerhouse Boys, now I know why. Anyway, the quality issue about mp3s is hard to pin down; compression methods vary depending on the encoder, and they’ve advanced significantly in the past few years. A “Variable Bit Rate” 128 kbit/s mp3 in joint stereo created using a current encoder can sound almost as good as a CD, depending on the song, and Apple’s AAC encoding (used with songs you buy from iTunes) has always sounded pretty good at 128 kbit/s. But the Boilerhouse Boys are right that it’s the high end where you can really hear the difference with a crappy mp3: a kind of crackly blockiness on the hi-hat, like the audio equivalent of a bad JPEG (see the spectrum analysis of an mp3 above). However, with most current recordings maxed out in terms of volume anyway (compare a new CD with one of your old Cure CDs or something), it’s unclear how much louder any part can get.

The uncompressed audio on a regular CD is recorded at the equivalent of 1378 kbit/s; that means it has ten times the info of your iTunes AAC file, no matter how well it’s encoded. And let’s not forget vinyl records, whose method of pressing grooves into black glop has a resolution limited only by, well, the size and number of atoms in the glop. Now that’s bit rate. I’ve always preferred the warmth of vinyl, and that’s why I don’t feel bad about grabbing free mp3s: if I really like ’em, I’ll buy the record. But honestly, I probably lost about 30% of my hearing at a My Bloody Valentine show in 1992 that was like standing inside a fluffy pink jet engine, so who knows what things really sound like.