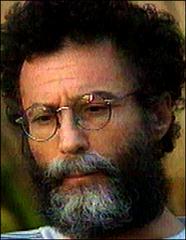 Yossi Melman is one of the most interesting intelligence correspondents around. He covers intelligence and national security issues for the Israeli newspaper Ha’aretz and is the coauthor, with Meir Javedanfar, of The Nuclear Sphinx of Tehran: Mahmoud Ahmadinejad and the State of Iran (Carroll & Graf, 2007).

In their book, Melman and Javedanfar provide an in-depth look at the personality of Ahmadinejad, his religious beliefs, and the continuous cat-and-mouse game being played by the International Atomic Energy Agency (IAEA) and Iran. Their book also describes how IAEA inspectors came to the realization that Iran utilized technology provided by the renegade Pakistani nuclear scientist Dr. Abdul Qadeer Khan.

Previously, Melman wrote (with CBS reporter Dan Raviv) a book about the history of the Israeli Intelligence community including Mossad, Every Spy a Prince. Melman answered Laura Rozen’s questions about Israeli thinking about Iran, Iranian president Ahmadinejad, and the mystique of Israeli intelligence.

Mother Jones: What about Ahmadinejad did you learn that most surprised you, or that is not widely known? Who really is Mahmoud Ahmadinejad?

Yossi Melman: There is no one Ahmadinejad. There are several of them. One is devoted to his working-class roots with social vision and denouncing corruption. The other is rubbing shoulders with Iran’s richest people, turning a blind eye to the thievery by his allies from the Iranian Revolutionary Guards Corps and allowing his immediate relatives including his brother to be corrupted. But above all I was astonished to learn about the religious depth and convictions of his beliefs in the cult of the Shiite messiah, the Mahdi. This cult is led by his mentor, the radical Shiite cleric Ayatollah Mesbah Yazdi, who believes that Muslims “should strive to hasten” the Mahdi’s return. Since the election of Mahmoud Ahmadinejad as president he nominated other devout disciples of Mesbah Yazdi as cabinet ministers and as senior officials of Iran’s National Security Council.

MJ: How much power does Ahmadinejad really have? What do you make of recent reports that his power is waning?

YM: He is number two. The leader who is calling the shots in Iran is the Supreme Leader, Ali Khamenei. Nevertheless, the relations between the two are not as a rider and his horse. The president has his power and has room for maneuvering. The fact that the Supreme Leader allows Ahmadinejad to speak up his mind and heart–to deny the Holocaust for example–means that Khamenei’s ability to restrain him is limited. The world will be able to judge if the president’s power is indeed waning only before Iran’s next presidential election to be held in May 2009. In terms of making decisions how to deal with Iran’s nuclear policy, it may be too late.

MJ: Some analysts here have described the Iranian regime as a bit like the American government, of being divided between conservative hard-liners and conservative pragmatists. Did you find this in your reporting?

YM: Not really. Iran is indeed divided between those who have and those who have not, which are the majority of the people. It is divided between moderates and conservatives and ultraconservatives. There are many who are fed up with Islamic Revolutions policies and are aspiring for a change. It is a nation in deep troubles of economic, social, and cultural contradictions. It is made up of ethnical minorities—Arabs, Kurds, Azeris—which distrust each other. Sixty percent of Iranians are illiterate. Fifty to sixty percent of the country doesn’t have running water and electricity. It has one of the largest numbers of drug addicts and one million prostitutes. Unlike America, Iran doesn’t have an “Iranian way of life.”

MJ: What is the thinking inside Israeli government circles about what should be done about Iran? Is there any confidence that traditional tough international diplomacy such as that currently led by Rice and Solano could succeed in convincing Iran to curtail its nuclear program?

YM: The Israeli government hopes that maybe Iran will be stopped through the U.N.’s official sanctions and by more practical measures, which are a series of financial strikes on Iran by the West and Japan. There is also the interesting position of Russia, which is unwilling to provide Iran with fuel to the nuclear reactor in Bushehr (nuclear power facility), which Russia has built, and which in effect has been completed. The Russian attitude reminds me of a car dealer who sold a car without an engine. But without imposing sanctions on Iran’s soft belly—the oil industry and oil export—the chances of stopping Iran’s nuclear program are no more than around 30 percent. Successful financial sanctions can prevent Iran from acquiring nuclear weapons by a few months to two or three years. Only a military strike can totally prevent Iran from achieving its aim.

MJ: If diplomacy doesn’t succeed in persuading Iran to agree to suspend uranium enrichment, say, a year from now, what do you anticipate the Israeli government will be advising the Bush administration to do?

YM: To use military force. If the U.S. doesn’t do it, Israel will have to do it. Otherwise, we will indeed have to live in the shadow of the Iranian nuclear mushroom.

MJ: How good is Israeli intelligence on Iran?

MJ: At least until recently, a small group of Israeli advisors close to Israeli defense advisor Uri Lubrani advocated that the U.S. should support democratic regime change in Iran. You have reported on the Lubrani group. What can you tell readers about them?

YM: There is a general acceptance by most Iranian experts and observers here that regime change in the Iraqi sense doesn’t exist and applies to Iran. The change can happen only from within without a visible foreign intervention. And the chance for such a change to occur is very slim. The more realistic hope is that the leaders of Islamic Iran will understand that if they don’t fix the economy, adopt a more accommodating approach to foreign policy and especially toward the West, the Iranian people will turn against them. In other words the hope is that Iran’s clerical establishment will reform itself in the right and desirable direction.

MJ: What is the current Israeli government thinking about the U.S. situation in Iraq? Is it considered hopeless?

YM: Yes. It is a lose-lose situation, whatever is done. A full withdrawal will be a recipe for a disaster to U.S. interests and allies in the region and the continued presence of U.S. troops is as bad as the first option.

MJ: Last summer, Israel suddenly found itself fighting a war against Hezbollah in Lebanon—a situation that came as a surprise at least to many in the U.S. How much do you think that war demonstrated that the U.S. and Iran are already fighting a proxy war in the region?

YM: Indeed Iran and the U.S. are on a confrontational course because of Iran’s desire to have nuclear weapons and its involvement in arming militias in Iraq. The U.S. is trapped. It may reach an agreement with Iran over Iraq—to stabilize Iraq and reduce terrorism and political violence—but the U.S. will have to pay a heavy price for it. It will cost the U.S. to accept nuclear Iran.

MJ: Do you believe President Bush has decided to opt for a military strike?

YM: This is a difficult question. I doubt there is an answer at this stage. President Bush, in my view, is continuing to think it over. I can only say the following: In 2001, Richard Perle, an advisor to the U.S. Department of Defense and an associate of President Bush and Vice President Cheney, and a neoconservative, said that Bush would set out for a war in Iraq. The comments, after September 11, 2001, sounded delusional. In retrospect, he was right of course. While interviewing him for the book, Perle claimed to us a few months ago that he believed that President Bush would give the order to strike Iran, without much difficulty, if he reached the conclusion that Iran was about to obtain nuclear weapons. His estimate has been strengthened by recent comments made by a senior U.S. military officer who visited Israel. He said the U.S. military was preparing for and making plans for the possibility that it would receive an order to attack Iran.