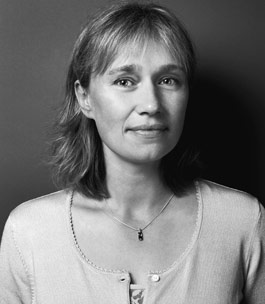 Last summer, when Andriy Yushchenko, the 19-year-old son of Ukrainian president Viktor Yushchenko, was caught tooling around Kiev in a $160,000 BMW, toting an
expensive cell phone and dropping hundreds of dollars at high-end nightclubs, his father was publicly furious. Not at Andriy, whose antics flew in the face of the Orange Revolution that ushered the reformist pol to power last December. Yushchenko’s anger was directed at Ukrayinska Pravda, one of the most popular news outlets in Ukraine, and one that had been instrumental in his 2004 election.

Yushchenko denounced Pravda’s reporter at a press conference as a “hired hit man” and said that he was urging his son to sue. Later, in a telephone call to the reporter, Yushchenko sug- gested that further coverage of the story could create a threat to Ukraine’s national security, though it was surely more threatening to his own popularity. In Ukraine, a struggling Eastern European country of 47 million people, the teenager’s leased BMW was worth more than 90 years of an average worker’s salary.

Ukrayinska Pravda, which translates as “The Ukrainian Truth,” was launched in mid-2000 by Olena Prytula and Georgiy Gongadze, idealistic young journalists intent on exposing the rampant corruption that had engulfed their country since it gained independence from the former Soviet Union nearly a decade before. Theirs was a dangerous task—between 1995 and 2000 three journalists were murdered in Uk- raine and two more died under suspicious circumstances. All had broken stories attacking political corruption or the regime of then-President Leonid Kuchma.

Publishing on the web enabled Prytula and Gongadze to dodge many of the ruling party’s traditional suppression techniques (sudden power outages, fire safety inspections, vandalism) by staying small and portable. They became targets nonetheless. In September 2000, Gongadze disappeared. Two months later a farmer discovered his beheaded body in a wooded area near Kiev. A former Kuchma bodyguard released secretly recorded audiotapes that implicated the president in the murder. Kuchma denied involvement and called the tapes fabricated (they were later authenticated by experts in the United States). Prytula’s friends and family urged her to shut down the paper and flee the country.

Instead, Ukrayinska Pravda continued to push for the democracy that Prytula believed would bring her colleague’s killers to justice. Her first act, publishing transcripts of the Kuchma tapes, catapulted Ukrayinska Pravda to the number-one website in the country. “The thinking was, if it’s so good that people get murdered for it, it must be worth reading,” says Anders Aslund, director of the Russian and Eurasian Program at the Carnegie Endowment for International Peace. For Ukrainians with Internet access (only 0.4 percent of the country’s residents at that time), visiting the site became an essential part of the daily routine. Tattered printouts were much-sought items in coffee shops and gathering spots.

Ukrayinska Pravda’s crucial role during the Orange Revolution included publishing exit-poll data suggesting that Kuchma’s anointed successor had stolen the election, thus helping to prompt the revote that ushered Yushchenko into the presidency. Perhaps in gratitude, the newly inaugurated leader pledged to find and prosecute Gongadze’s killers. (Though a few arrests have been made, there has been no trial, Kuchma has not been charged, and Gongadze’s murder remains unsolved.)

In the heady postelection days, some outside observers—many American liberals among them—complained that the Orange Revolution was suspect because the reformists had received an estimated $60 million, during two years, in so-called pro-democracy financing from the United States, and because of the heavy Western influence in the elections. The exit polls were underwritten largely by the U.S., and Ukrayinska Pravda itself was seeded with grants from several U.S. sources, including the National Endowment for Democracy, a private nonprofit funded by Congress.

Prytula makes no apologies. “America and Europe were the only places where we could get money and be independent of the Ukrainian oligarchs and authorities,” she says. “It was the only possible choice.” She insists the site’s coverage was never compromised by the sources of its funding. Over the years, some articles by Prytula’s half-dozen or so muckraking reporters affirmed the efficacy of communism, and Pravda opinion pieces supported some Kuchma policies alongside pro-democracy stories.

Now, the revolution has begun to show a tawdry side. In early September, Yushchenko dismissed his government after it suffered a string of defections, including that of his chief of staff, an Orange Revolution architect who charged that Yushchenko’s administration was even more corrupt than Kuchma’s. The souring has attracted Ukrayinska Pravda’s scrutiny. The site is looking into the legality of one source of Andriy Yushchenko’s money: the copyright he owns on all Orange Revolution-related products, such as T-shirts and posters. “They say it’s a plot,” says an amused Prytula. “That someone is paying us to print these articles.” In response to Pravda’s stories, the administration appears to be clamping down on the press—it has reportedly considered putting Internet publications under state control and has pulled back efforts to replace state-run media with public television and radio.

Ukrayinska Pravda turned a profit for the first time this summer, and Prytula has plans to launch a printed version. In response to the president’s verbal attack on her reporter, she posted an open letter demanding that he apologize and reaffirm his support for freedom of the press. By September, her petition had been signed by more than 700 journalists. “I always say I am not going to build democracy tomorrow,” Prytula declares. “I live in democracy today. This is democracy for me.”