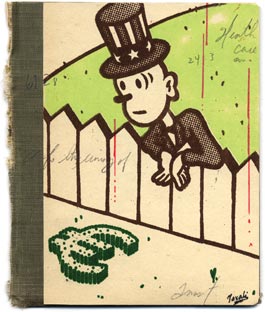 THERE ARE SOME THINGS EVERYONE KNOWS. One of them is that while modern Europe has social democracy—with generous benefits, long vacations, and short working hours—this comes at a terrible price: high and chronic unemployment, technological stagnation, and social torpor. Another is that America has a weak welfare state, with low wages for the unskilled but plenty of jobs. As everyone says, we are unequal but dynamic, entrepreneurial, and socially fluid.

Left and right agree that these are facts. They disagree only on what to do about them. American progressives (among them Jeremy Rifkin, whose new book is called The European Dream) want us to become more European: to work less, play more, take time out for a drink. Meanwhile in Europe, conservatives want to become more American. The solution to Europe’s problems, they say, is to cut wages, lower taxes, increase working hours, and cut unemployment benefits, welfare, and pensions; a top German business economist has called for cutting low-skilled pay rates in Germany by one-third.

It turns out, however, that the supposed facts are not facts at all. They are myths. It’s one of those rare, wonderful topics on which everything that just about everyone thinks happens to be wrong.

To begin with, wages in Europe aren’t more equal than in the United States. It only seems that way because of an optical illusion. When economists compare, they typically put the U.S. up against some individual European country. Denmark—a country with Wisconsin’s population, almost exactly—is certainly more income-egalitarian than the United States. So are Norway, Sweden, Germany—even France. (Spain and Italy are not so clear.)

But what if we look at Europe as a whole? It’s true that Europe is a collection of countries—with different tax systems and welfare policies. But American states have such differences, too. And economic boundaries inside Europe have been erased: The Continent has free trade, free capital flow, and legally free internal migration. In these ways, Europe is a single economy from North Cape to Gibraltar, like the United States. And looked at that way, it’s a terribly unequal place. Average wages in Spain are
between 30 and 40 percent lower than in Germany. Factor that in, and pay for work in Europe is more unequal than here. Add in the newly admitted East Europeans, and it just got much more unequal still.

Inside Europe, both inequality and joblessness vary a lot. And guess what? As a rule the countries that are more equal have less unemployment; those that are less equal have more unemployment. The well-run social-democratic places (Denmark, Norway) today enjoy jobless rates slightly lower than our own 5 percent. But unemployment is around 10 percent in Spain and Greece, and almost 18 percent in Poland—for an overall European average of 8.7 percent in mid-2005. So there’s actually no evidence, either within Europe or between Europe and America, that big pay inequalities are good for employment.

And when you look at European welfare states, it turns out that Europe does not transfer more wealth to the poor than the U.S. does. Yes, European governments are big. But because Europe’s pensions are almost wholly public—including the pensions of upper-end workers—much more of those transfers in Europe go to, say, the top 20 percent. Earn more, get more—that is the principle behind any pension plan.

In the U.S., about one-third of retirees have, and largely rely on, private pensions or other income, including 401(k)s. Social Security is largely the mainstay of the middle class and below. Public spending on health care alone is almost as great in the U.S. as in Europe. Our problem is that these programs don’t cover everyone. Instead, Medicaid supports only the poor and Medicare helps the elderly—many of whom would be poor without it. Here again, European workers are paying mostly for their own care, while the U.S. system takes from those who work to care for those who don’t. (This may help explain why Americans tend to resent their system and Europeans do not.)

There is also a question of who, exactly, are “the poor” in Europe. Do they include the bottom 10 percent of income earners in Germany, whose incomes and benefits would make them middle class in Greece? Or should we, again, look at Europe as a whole? If you do that, Europe’s “old poor” are mainly Spaniards, Greeks, and Portuguese, while its “new poor” include the Poles, Slovaks, Latvians, and Estonians—whom you can find, of course, doing menial work all over Europe (along with the extralegal workers of Europe’s cash economy, who used to hail from Naples but now come from
Morocco, Ecuador, Russia—pretty much anywhere).

Taken in this light, transfers to Germans count as middle-class welfare, and there are virtually no transfers from rich to poor people in modern Europe. The European Union makes grants to governments—very important for financing highways in, say, Portugal and Greece. But there is no common European pension scheme, no European earned income tax credit, no European minimum wage—all of which, if they existed, would massively benefit the citizens of the poorer European countries.

America used to have the same problem. Back in the 1930s, in the Great Depression, some states—notably New York—had social safety nets, called “Home Relief.” But New York was a rich state! And it couldn’t help America’s real poor, who lived mainly in Appalachia and the Old South. But now we have nationwide Social Security, the earned income tax credit, and the minimum wage.

And that’s not all. We have some pretty good public institutions in this country. Our public universities spend a larger share of GDP than those in almost any European country. Our private universities, which spend even more, operate as not-for-profit charities. Many of them are very rich. How did they get that way? Because the estate tax made it attractive to leave private wealth to your alma mater rather than to your kids. Surprise: Bush and the far right want to get rid of the estate tax; they know very well who, and what, it funds.

Our unified America was forged in four revolutions. The first was the great work of 1862, which gave us land-grant universities, homesteading, and the transcontinental railroad. Second was the Progressive Era, which gave us the estate and income taxes. Third was Franklin Roosevelt’s New Deal, which gave us Social Security, the minimum wage, the Wagner Act, the Federal Home Loan Bank Board, the Tennessee Valley Authority, and more. The fourth was Lyndon Johnson’s Great Society, which gave us civil rights, voting rights, fair housing, Medicare, and Medicaid. Without these revolutions, we wouldn’t be a country—just a collection of states. And we’d have all the current European problems, including high regional unemployment and mass migration from poor to rich areas.

Some American conservatives have figured it out. In a recent op-ed, former Georgia congressman Bob Barr defended one great middle-class housing subsidy—the “government-sponsored enterprises” Fannie Mae and Freddie Mac—against what he called “an ongoing campaign by major Wall Street banks to cripple or destroy” them.

Why is Barr concerned? He doesn’t mince words: “Perhaps what is most important for conservatives—the bedrock of our electorate (suburban America) would be hit square in the gut…. Voters we have courted for years with so much success would walk right into the arms of the left.”

Barr is right. And much as I’d like his voters to go left, I wouldn’t take them there if it meant seeing them lose their homes. But perhaps we might try speaking frankly, and persuade a few suburbanites that free-market fundamentalism isn’t what got them into their houses. Love the suburbs or despise them, they were built and maintained by the American welfare state. Earth to ideologues: Mixed economies, with strong states and robust markets, work better.

Though there is much to admire in parts of Europe, the way forward is not to imagine that Europeans have an ideal model. It’s to expand the motley public-private nationwide system we’ve got, and make it better, by offering voters things they actually need and want. Like good jobs at decent pay, health insurance for everyone, better schools, and maybe some alternatives to sitting in traffic and paying three dollars a gallon for gas.