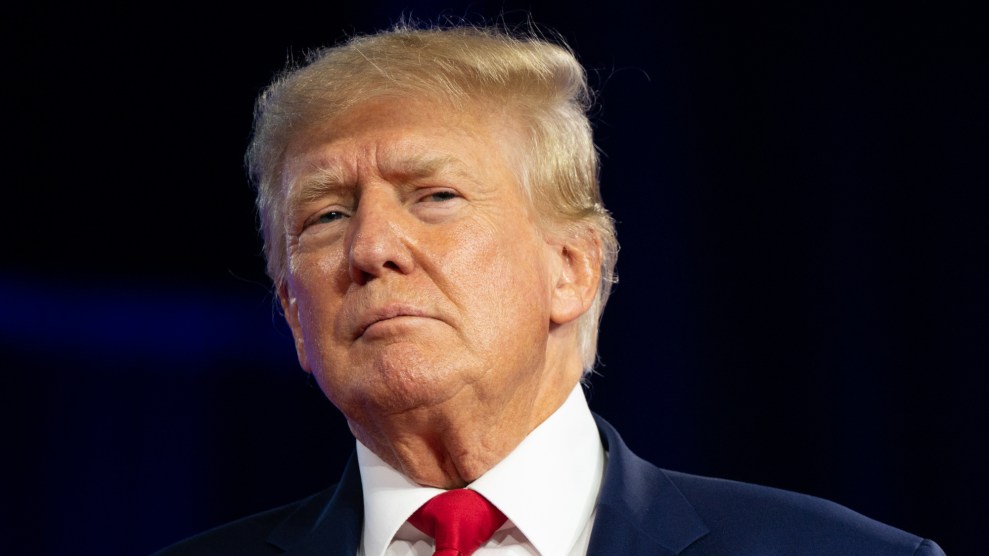 I regret to inform you that the Trump book canon continues apace with new excerpts out today from not one, but two, forthcoming insider accounts. The first is from New York Times reporter Maggie Haberman and builds upon the only genre of Trump-era gossip I’m interested in: the infamous clogged toilet.

Haberman recently obtained what appears to be photographic evidence that Donald Trump did in fact regularly clog White House toilets with Oval Office documents. As you might remember, the habit reportedly prompted frequent plumbing disasters, and more consequentially, added to Trump’s long record of mishandling official White House communications. Axios has the toilet scoop and it includes the rather hilarious accusation from Trump world that Haberman staged the toilet photos in order to sell some books. “You have to be pretty desperate to sell books if pictures of paper in a toilet bowl is part of your promotional plan,” Trump spokesperson Taylor Budowich told Axios. Those cursed photos below:

🚽FIRST on @axios: Trump’s telltale toilet … ⁦@maggieNYT⁩ obtained these photos ahead of the Oct. 4 publication of her book “Confidence Man”

Source tells her pic on the left shows a White House commode
Pic on the right is from a Trump overseas trip https://t.co/6opWty4kjd

In an equally dark note of an entirely different hellscape, we also have an excerpt from The Divider: Trump in the White House that confirms, yet again, Trump’s admiration for authoritarian figures including Adolf Hitler. Here’s what Peter Baker and Susan Glasser report Trump once said about the Nazi dictator amid frustration that “his generals” weren’t blindly following batshit orders:

The President’s loud complaint to John Kelly one day was typical: “You fucking generals, why can’t you be like the German generals?”

“You do know that they tried to kill Hitler three times and almost pulled it off?” Kelly said.

But, of course, Trump did not know that. “No, no, no, they were totally loyal to him,” the President replied. In his version of history, the generals of the Third Reich had been completely subservient to Hitler; this was the model he wanted for his military.

It’s the kind of anecdote, equal parts horrifying and endlessly unsurprising, that prompts a bit of an eye-roll for me especially if this is the kind of story that inspires one to hit preorder. Hear me out:

When the subject is Trump, a man who often appears physically incapable of exercising any restraint, the insatiable appetite hits strangely. After all, What more can be evinced from insider accounts about a man who doesn’t keep anything close to the chest, whose horrifying nature is routinely up for public consumption anyway? The appeal reflects a deeper emptiness among an audience hyper-vigilant to the unprecedented nature of these times but who apparently depend on these books for further saturation. Sure, such accounts might make for a good headline, but is a perverse boredom behind their overwhelming popularity?

Anyway, that’s the latest on our toilet-clogging, Nazi-inspired former president. Wake me up when we have evidence that Trump really did eat the paper.