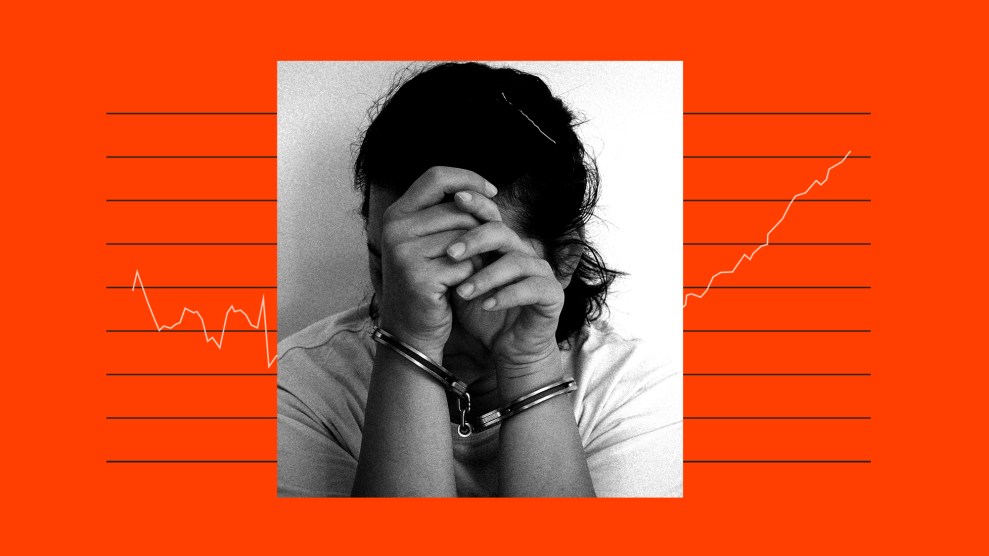 “Failure to protect” laws punish parents for not shielding their children from abuse. These laws aren’t talked about very much, but they appear across the country, and in certain states, like Oklahoma, they are associated with especially harsh penalties.

In Oklahoma, failure to protect is the only child abuse charge levied predominantly against women, and it is disproportionately charged against women of color. People charged with the crime there are less likely to have a previous felony record than defendants in firsthand child abuse cases—a sign of just how much more dangerous abusers are than those accused of failing to stand in the way of their abuse. Since 2009, when the latest version of the state’s law went into effect, at least 139 women have been imprisoned solely for failure-to-protect charges. At least 55 are still incarcerated.

It would be impossible to know any of this without the exhaustive review of Oklahoma court records I undertook for Samantha Michaels’ groundbreaking investigation of the state’s failure-to-protect law. I wrote computer programs that systematically reviewed every criminal felony and misdemeanor case available on each of the the state’s two court websites, ultimately reviewing 1.5 million cases to identify 955 charges for enabling or permitting child abuse filed against 662 individuals in 612 cases in Oklahoma since 2009. Another “web scraper,” as the programs are commonly known, collected demographic information for every incarcerated person in the Oklahoma Department of Corrections’ Offender Database.

But these counts were not enough to say just how common these cases are in Oklahoma. It’s easier for prosecutors to prove failure to protect than a general child abuse charge, so prosecutors often charge abusers with both, making it difficult to filter out these cases. Prosecutors often use various terms like “enabling” and “permitting” child abuse to refer to the failure-to-protect law. Charge information on case-details pages always includes a text description but only sometimes includes a statute number, necessary to confirm the exact charge. In some cases, the statute lists subsections, clear identifiers of exactly what conduct is alleged, but it does not always match the text.

On the advice of the ACLU of Oklahoma, we filtered for defendants with two types of characteristics to overcome these limitations:

Of all Oklahomans charged with failure to protect, 2 out of 3 were women. Using only the cases we verified, we found that 9 in 10 were women.

There are some other limitations to our methodology. Generally speaking, cases were discovered using the search engines in Oklahoma State Courts Network and On Demand Court Records. Lists of URLs of case-details pages generated by the search were used to download each HTML page. Case numbers are generally sequential. We assumed missing case numbers were unavailable after we extensively tested to verify that all publicly available cases were captured. Some cases in our database were expunged after we scraped them in November and February and are included in our count. Cases expunged before then are not.

We attempted to use sentencing data in the Offender Database to calculate sentencing outcomes by case type, but multiple spot checks proved it unreliable for systematic analysis.