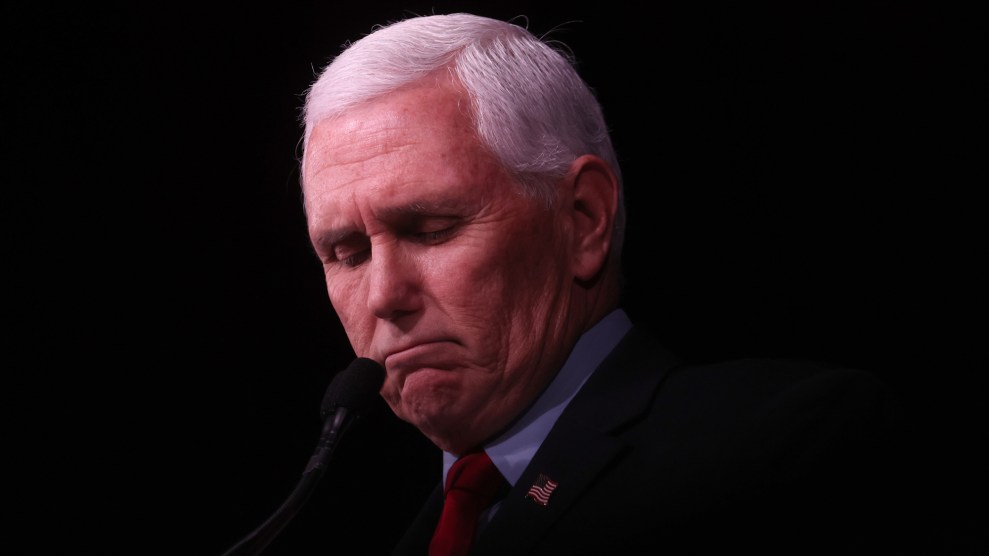 One of the more curious themes to emerge from the January 6 hearings is the notion that Mike Pence is an American hero, one who honorably rebuffed Donald Trump’s efforts to pressure him into using non-existent powers to subvert Joe Biden’s unequivocal victory. Others have pushed back against this characterization of Pence’s behavior, including Bret Stephens, who ponders today:

Where was Pence in November when Trump started lying about the election the moment their defeat became clear? Where was he when the president enlisted the likes of Sidney Powell and John Eastman to peddle insane conspiracy theories about voting machines and preposterous interpretations of the Electoral Count Act? Where was he on invoking the 25th Amendment after the assault on the Capitol, or at least on supporting impeachment? Pence was a worm who, for a few hours on Jan. 6, turned into a glowworm.

I’m firmly in the camp that Pence is not a good boy. But for anyone who finds themselves in the former—whether it be out of sincere gratitude that Pence resisted Trump’s coup fever dreams or apparent acceptance for men doing the absolute minimum—let his recent media appearances guide you to more reasonable waters. Let’s roll the tape.

Referring to the January 6 insurrection, the former vice president appeared on Fox News Digital Monday and characterized the current hearings as a Democratic political plot intended to “use that tragic day to distract attention from their failed agenda or to demean the intentions of 74 million Americans who rallied behind our cause.” Pence also flirted with Trump’s election lies, claiming that he had been concerned over the “voting irregularities” that supposedly arose in the election. As for his relationship with Trump, Pence said that they’re essentially simpatico. “In the aftermath of that tragic day, we sat down, and we talked through it,” Pence said of the man who allegedly expressed approval of rioters calling for him to be hanged.

But perhaps the most damning moment, one that succinctly captures Pence as the mealymouthed Trump stooge he’s always been came when Pence, during a separate Fox Business interview with Larry Kudlow, asserted that Biden tells lies more than any president he’s ever witnessed.

“Have you ever seen a president who refuses to accept blame and I want to add to that, commits so many falsehoods?” Kudlow asked, referring to Biden. “On any given day, he’s out there saying stuff that just ain’t true. You ever seen anything like that?”

“Never in my lifetime,” Pence said with a straight face. “There’s never been a time in my life where a president was more disconnected from the American people.”

Larry Kudlow asks Mike Pence if he's ever seen a president say as many falsehoods as Biden. Pence says "never in my lifetime." Not a single shred of self-awareness between these two guys. pic.twitter.com/lqf9SLlCSa

Taken together, Pence’s recent media appearances, which, of course, come amid more chatter of his own potential presidential run, seem to make the pretty compelling case that he’s far from the stand-up conservative some are so eager to lavish praise on these days.