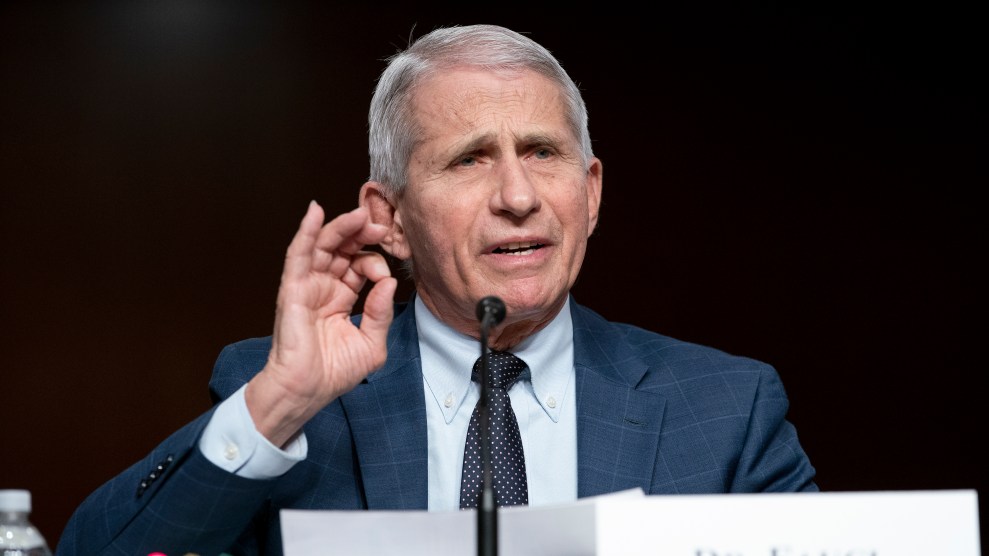 Rand Paul does not like Dr. Anthony Fauci. During Senate hearings on the coronavirus over the past two years, the Republican senator from Kentucky has been obsessed with hounding the nation’s top public health official over his handling of the pandemic.

Now, Paul has promised will formalize that fight if Republicans win back the Senate in the midterms.

“If we win in November, if I’m chairman of a committee, if I have subpoena power, we’ll go after every one of his records,” Paul said in an interview with podcaster Lisa Boothe. “We’ll have an investigator go through this piece-by-piece because we don’t need this to happen again.”

Paul’s gripes aren’t completely insane. He is a politician doing his duty to question those within the government who hold power. And Fauci, as the head of pandemic response, has immense power. But his particular gripe seems to mostly home in on the idea that Fauci is hiding evidence of the lab leak theory.

Paul’s contention, outlined in this Fox News opinion piece, is that Fauci authorized, and then covered up, research in a Wuhan lab that could have led to the creation and leak of the novel coronavirus. “I do not know whether COVID-19 originated in a lab,” Paul writes. “My point is that our government’s bureaucrats brutally squashed any attempt to discover the truth of the origins of the virus because doing so conflicted with their self-interests.”

The problem here isn’t Paul’s espousal of the lab leak hypothesis, which, while unlikely and unconfirmed, is one possible explanation for the virus’s origins—as Fauci’s leaked emails show. It’s that Paul’s attacks on Fauci are more of a political game than an attempt to hold him to account. (As Fauci has pointed out, Paul has tried to fundraise on the “Fire Fauci” slogan.) Public record requests have already uncovered thousands of pages of Fauci’s emails from the early days of the pandemic, and they broadly paint a picture of an at time deeply flawed but well-intentioned man faced with the impossible task of navigating the public health system’s response to a new and deadly virus.

If Republicans win back Congress in 2022, they’ve made the plan clear: They’ll investigate everything. In preparation for the next presidential election, there will be an “onslaught of Biden probes.” And, in the drip-drip of paperwork, memos, and legalese, they hope to catch Democrats looking foolish. That’s no way to hold Fauci to task. It runs the risk of delegitimizing the urgent need of these committees to look into those like Fauci (who should be questioned) in the name of scoring points by beating up a new boogeyman.