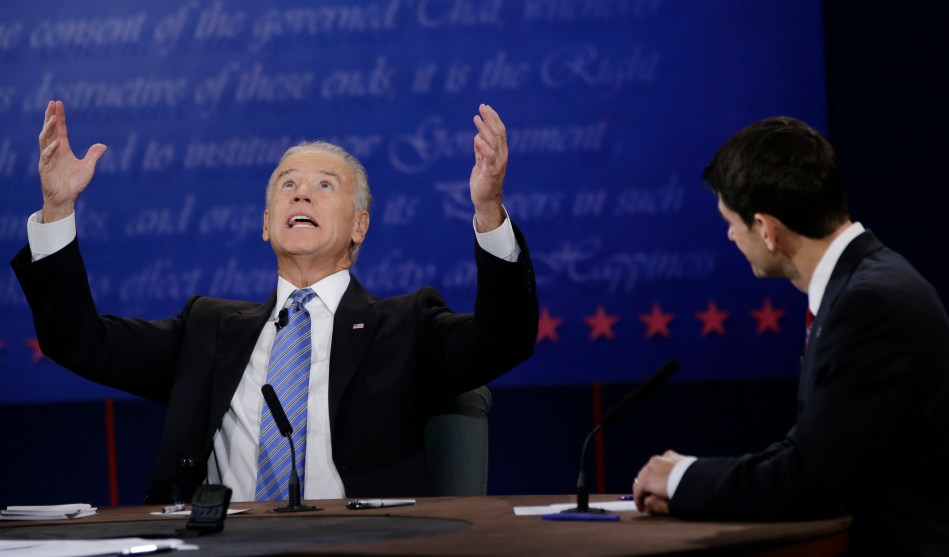 The problem is that moderate Democrats have another number in mind: 25 percent.

The 25 percenters include the usual suspects of moderate Democrats—Sens. Joe Manchin and Kyrsten Sinema—plus Sens. Mark Warner and Jon Tester. And the president appears ready to go along with them, saying last month that he’d take a corporate tax rate as low as 25 percent. It’s a victory for a Romney-Ryan agenda that should have been further discredited by yet another decade of exploding inequality.

In 2017, I covered the tax bill that Republicans pushed through Congress without any Democratic support. Trump’s bill reduced the corporate tax rate from 35 to 21 percent, while doing almost nothing to make up for the lost revenue by closing loopholes. Republicans also let many business owners deduct 20 percent of their business income when they pay individual taxes instead of corporate taxes. More than 60 percent of the benefits of the so-called pass through deduction will go to those in the top 1 percent, according to the progressive Center on Budget and Policy Priorities. Only 4 percent will end up in the pockets of the bottom-two thirds of Americans. Congress’ Joint Committee on Taxation projected that the corporate tax cuts plus the pass-through deduction will cost more than $1 trillion over 10 years.

On the individual side, the law was loaded up with handouts to the ultra-rich like a provision that doubled the estate tax exemption level from $11 million per couple to $22.4 million per couple. According to the nonpartisan Tax Policy Center, the end result is that the law will give people in the top 1 percent a $61,090 tax cut in 2025, which works out to a 2.9 percent increase in after-tax income. Average Americans can expect to get $910, a 1.3 percent income boost.

After the Tax Cuts and Jobs Act became law, the Congressional Budget Office projected that it would cost $1.9 trillion over ten years—even more than the $1.5 trillion anticipated while the bill was being debated. The full cost will likely be even higher. In a shrewd piece of legislative maneuvering, Republicans made the corporate tax cuts permanent but allowed the individual cuts to expire after 2025. Congress will face tremendous pressure to renew them since not doing so will be framed as a Democratic tax hike.

The budget the White House unveiled last month leaves much of the Republican tax cut intact for now. It doesn’t touch the estate tax change or the pass-through deduction, opting instead to let them expire after 2025. Biden did call for making it harder for companies to shelter profits in tax havens and raising the corporate tax rate to 28 percent, the same rate Barack Obama proposed during the 2012 campaign as part of a plan that would have also closed corporate tax loopholes. Those and other corporate tax changes Biden is proposing would raise more than $2 trillion over 10 years, according to the White House budget.

There are many reasons for pushing corporate taxes back up. First, the costs will be disproportionately borne by wealthy Americans who’ve seen their wealth skyrocket during the pandemic. Meanwhile, corporate profits are at record highs and still climbing. The many loopholes companies use to avoid paying today’s already low rate is a whole other issue.

But even Biden’s modest bump is aspirational. Before the White House budget was released, Manchin said he and other moderate Democrats feel “very strongly” about making sure the corporate tax rate doesn’t go above 25 percent. Biden, who has no Democratic votes to spare in the Senate, has now said he’s willing to accept that level.

It gives us what we’ve got today. Historically low corporate taxes make it easier for companies to book record profits. Then much of those profits are passed on to the top 1 percent of Americans through increased stock values and dividends. As ProPublica revealed last week, the Bezoes and Musks of the world manage to pay almost no taxes on their windfalls.

Faced with this reality, moderate Democrats have decided the corporate tax rate should stay where Republicans wanted it a decade ago. Congratulations Paul Ryan and Mitt Romney. You might have lost the White House, but you won the ideological battle.