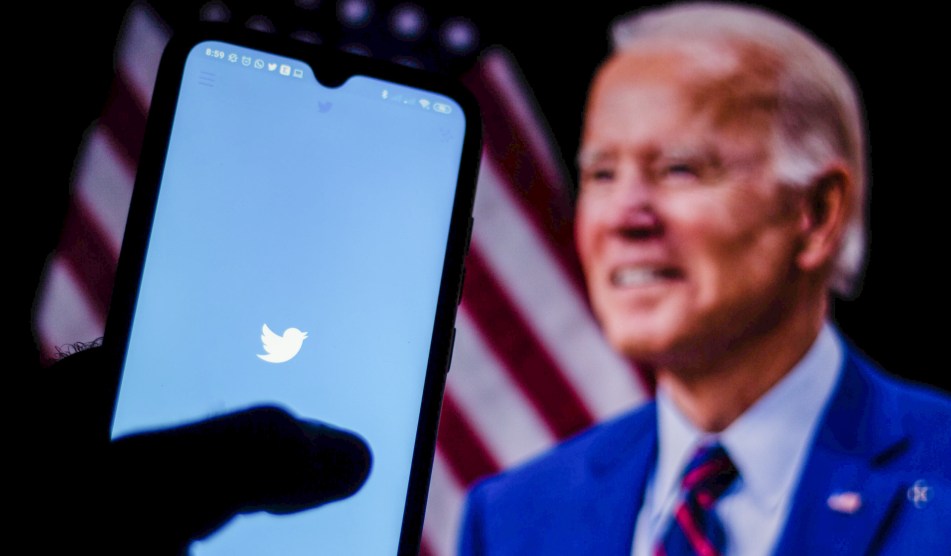 When the White House tweeted last night about their “first-ever social media briefing” between Press Secretary Jen Psaki and 11 “internet stars,” the internet wrote back a resounding “who dis?”

What happens when Jen Psaki and internet stars get together? We'll find out tomorrow.

Join the first-ever social media briefing tomorrow. Tune in as Jen answers questions about jobs, the economy, and more. Watch here or at https://t.co/bZzjPZkF4G. pic.twitter.com/CFKRHZG5GJ

I, a reporter and youth, decided to investigate who I am being told is influencing me.

It was an expedition into the unknown. Apart from the Property Brothers—whose faces I recognize solely because my parents love to watch couples bicker over houses until their eyes glaze over—I couldn’t name a single creator.

There’s more. Skinner, known as Benny Drama, produces satirical videos notably of Kim Kardashian. Stratton who Psaki calls “a member of the dad community” runs lifestyle site, for dads. Zilber a Georgetown freshman, has 2.3 million Instagram followers and is a UNICEF Young Ambassador. Nice. Good for them. But I don’t know these people.

While waiting for the briefing on “jobs and the economy” to begin, I wondered to myself about which millennially-minded person within the Biden administration cobbled together this disparate group and what they might be able to illuminate about the country’s future. I, a millennial sun, Gen Z rising, am clearly not the target audience. Who is this for then?

Over the course of the nearly one hour briefing, Psaki hosted a Q&A style discussion with the creators who asked about how Biden plans to help working families, students, Dreamers, and lower-income Americans. Psaki, who wellness entrepreneur Hannah Bronfman called a “boss lady,” answered each question by directing the creators to the President’s American Families Plan. Building on the American Rescue Plan, the AFP is Biden’s proposal to support families and students by making two years of community college free, ensuring universal pre-K education, and boosting paid family leave among other investments.

Of course, it wasn’t just a proposal pitch; it was a chance for Psaki to show a little humor, proposing that we “bring back capes” and that she’s a “candy spirit animal.” During the briefing we learned that Jonathan Scott, one half of the Property Brothers known for dating Zooey Deschanel, believes himself to be the more attractive of the twins.

At worst a bit of cringe, the briefing signals a larger shift within the Biden administration to invest in engagement with younger, online focused audiences about the President’s plans—even if that has nothing to do with what my hyper online peers engage with. But then again, I don’t know anyone besides myself tasked with this blog post, who willingly tuned in.

The truth is that internet stars are just stars, full stop. Perhaps in the past, when the internet was for the select few (geeks) a million followers would mean something. But the divide is over. If you’re big, you’re big. The appeal of the summit is less about the internet as a demographic and more about trying to get into all the tiny crevices of fame possible.

In late May, Biden appeared alongside Dr. Anthony Fauci to dispel COVID-19 vaccine rumors in a similar way, hoping on a show with YouTubers like beauty influencer Jackie Aina and Coyote Peterson, one of the hosts of Brave Wilderness and a wildlife educator who is known for willingly getting stung and bitten by poisonous species.

It reminded me of the Obama era. He hosted similar briefings throughout his presidency with YouTubers (whose names I recognize) like Tyler Oakley and Hannah Hart. Two days after giving his 2015 State of the Union address, Obama met with four YouTubers to discuss free education, cancer research funding, and net neutrality. At the end of the interview, Steve Grove the director of Google News Lab thanked Obama, “We hope your successor follows in your footsteps and goes straight to the American people.”

We all know how the other path ended: Trump’s vitriolic Social Media Summit featuring QAnoners and conservative influencers roving the halls of the White House.

It’s kind of nice to return to this soft cringe.