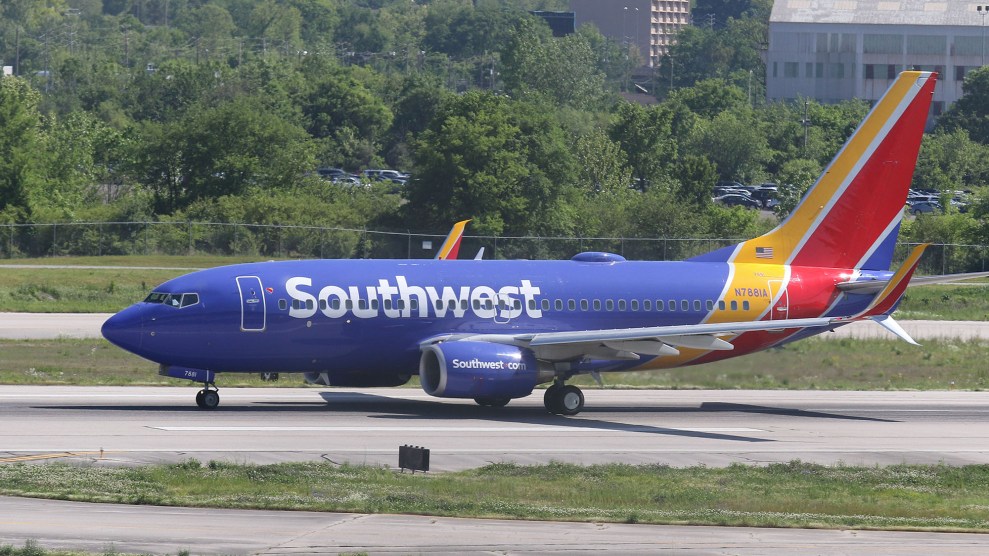 Southwest Airlines announced it would not resume alcohol service on its flights. The airline had stopped serving alcohol during the beginning of the pandemic, but was set to rescind that policy next month—until a passenger assaulted a flight attendant last week. The incident was just the latest in a disturbing rise of unruly and dangerous passengers on planes.

According to the Port of San Diego Harbor police, a woman was arrested on felony assault charges after striking a flight attendant. “The passenger repeatedly ignored standard inflight instructions (tray table in upright position, seat belt, etc.) and became verbally and physically abusive upon landing,” a Southwest Airlines spokesperson said in a statement. The suspect has been banned from the airlines. Sonya Lacore, the airline’s head of in-flight operations, decided “based on the rise in passenger disruptions in flight, I’ve made the decision to re-evaluate the restart of alcohol service on board.”

Southwest isn’t the only airline experiencing a rise in horrible customers. The Federal Aviation Administration announced that since January 1, the agency has received 2,500 reports of “unruly behavior” with 1,900 of those being passengers refusing to comply with the federal mask mandate. In a January incident, a passenger on an unidentified airline shoved a flight attendant who was walking down the aircraft’s aisle to ensure each passenger was complying with the mask mandate. The FAA has announced penalties as high as $15,000 for disruptive customers.

As vaccine rates climb and local governments lift restrictions, more people are traveling. But that also means more people are engaging in troubling behavior. “We’ve never before seen aggression and violence on our planes like we have in the past five months,” Sara Nelson, president of the Association of Flight Attendants-CWA, said in a statement. “The constant combative attitude over wearing masks is exhausting and sometimes horrific for the people who have been on the front lines of this pandemic for over a year.”

It’s exhilarating to see public life resume in a quasi-normal way, after a year of being unable to see our family and friends. But in a classic case of This Is Why We Can’t Have Nice Things, some people are choosing to treat the return to widespread travel as a chance to act like utter jerks. The coronavirus restrictions were tough, but at least it forced many of the nation’s assholes to stay home.