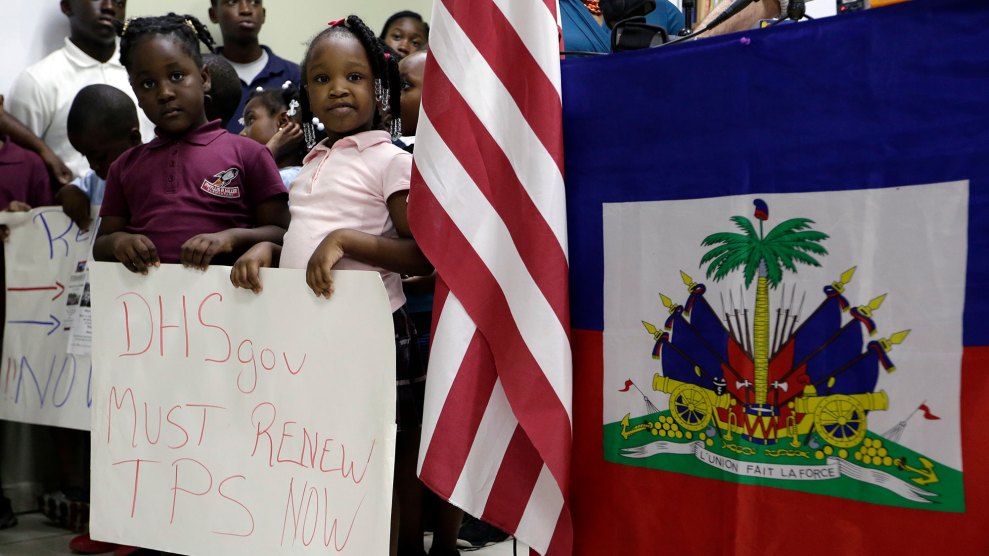 Haitian immigrants currently living in the United States will be able to request temporary relief from deportation after the Biden administration moved this weekend to designate Haiti for the special permit, known as Temporary Protected Status or TPS.

“Haiti is currently experiencing serious security concerns, social unrest, an increase in human rights abuses, crippling poverty, and lack of basic resources, which are exacerbated by the COVID-19 pandemic,” Department of Homeland Security Secretary Alejandro Mayorkas said in a statement Saturday. “After careful consideration, we determined that we must do what we can to support Haitian nationals in the United States until conditions in Haiti improve so they may safely return home.”

More than 350,000 people in the United States from 10 countries have TPS, a program in which the US government offers relief to immigrants from certain countries who fled civil war, environmental disaster, or an epidemic to live and work here legally for 18 months. Since TPS is renewable, tens of thousands of people from El Salvador, Nepal, Sudan, and Nicaragua have planted roots and raised families here over the last three decades. The US first granted TPS status to Haitian nationals in 2010, following a massive earthquake in the country.

After Trump took office, his administration worked to end TPS, but after court challenges the administration had to extend protections for the majority of TPS holders, including Haitians. During this period of legal limbo, my colleague Nathalie Baptiste visited Orlando’s Haitian community to understand how it was coping with the uncertainty. “I’m an immigrant. I am a mother. I am a wife and I’m a cousin. I’m a neighbor. And I’m a good person,” one TPS holder told Nathalie. “Immigrants? We are educated, we come here, and we learn a second language. What other people cannot do, we do it.”

Immigrant advocates and refugee organizations had recently been pushing for action from the Biden administration, as the Haiti designation was set to expire in October 2021. The U.S. Committee for Refugees and Immigrants said the October deadline left “Haitian nationals residing here in the untenable situation of returning to a country sliding into collapse.”

“Decades of political instability, corruption, lawlessness, civil unrest and protracted violence have driven Haiti to the bring of collapse,” USCRI said in a statement. “Although more than ten years after the earthquake killed a quarter of a million people and displaced another five million, the situation in Haiti has not measurably improved—in many ways, it has worsened.”

The new 18-month designation for Haiti will be available to Haitian nationals and “individuals without nationality who last resided in Haiti” who were already in the United States as of May 21, 2021, and who meet the program’s eligibility requirements. “Those who attempt to travel to the United States after this announcement will not be eligible for TPS and may be repatriated,” according to the DHS announcement. This could provide new protections for about 100,000 Haitians, on top of the more than 50,000 who already have TPS, according to immigrant rights groups.

“We are overjoyed at the news that 150,000 Haitians will get protection and be able to breathe a sigh of relief as they continue their lives in the United States without the fear of being torn from their loved ones and deported,” said Guerline Jozef, co-founder and executive director of the Haitian Bridge Alliance. “As we say in kreyol — anpil men, chay pa lou — many hands make the work light, and we will continue our work alongside our partners until other majority-Black countries, including Cameroon, Somalia, Sudan, Mauritania, Bahamas and St. Vincent, receive the same TPS protection.”

The administration also extended TPS protections for Venezuelans back in March.