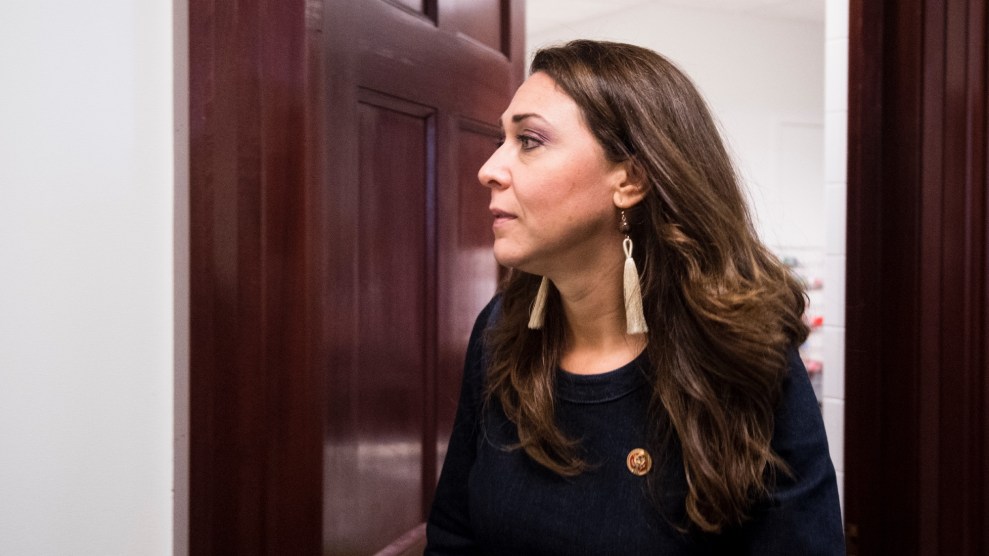 House Democratic impeachment manager Jamie Raskin won a motion on Saturday morning to subpoena witness testimony in Donald Trump’s impeachment trial after telling the Senate that Rep. Jamie Herrera Beutler, a Washington state Republican, had information and contemporaneous notes detailing a January 6 call between House Republican Leader Kevin McCarthy and the former president. According to press reports and a statement released Friday by Herrera Beutler, the call grew heated after the president claimed his supporters weren’t responsible for the riot and failed to immediately respond to McCarthy’s request for help.

.@RepRaskin requests the opportunity to subpoena Rep. Jaime Herrera Beutler as a witness.

The Senate approved the Raskin’s motion on Saturday morning by a vote of 55 to 45. Just four Republicans—Senators Susan Collins, Lisa Murkowski, Mitt Romney, and Ben Sasse—initially sided with Senate Democrats. (Lindsey Graham later changed his vote, a move suggesting he will back attempts by Trump’s lawyers to call their own witnesses.)

According to Herrera Beutler, McCarthy called Trump on January 6 and asked him to tell the rioters to tell stand down. Trump told McCarthy the rioters were from Antifa. When McCarthy told the president they were Trump supporters, Trump allegedly told McCarthy “Well, Kevin, I guess these people are more upset about the election than you are.”

McCarthy responded, “Who the f–k do you think you are talking to?” according to CNN.

Herrara Beutler cited this conversation as reason why she voted to impeach Trump on January 12.

“Needless to say, this is an additional critical piece of corroborating evidence further confirming the charges before you, as well as the president’s willful dereliction of duty,” Raskin said on Saturday morning.

The information relayed by Herrera Beutler further indicates the president knew the Capitol was under attack, was being begged for help, and still sat on the sidelines. He also may have endangered the life of his vice president by attacking him on Twitter when Trump insurrectionists were chanting “hang Mike Pence.”

During the riot, Trump spoke with Alabama Senator Tommy Tuberville by phone, asking him to delay the certification of the Electoral College. “Mr. President, they’ve taken the vice president out,” Tuberville told Trump. “They want me to get off the phone, I gotta go.”

In response to Raskin’s subpoena request, Trump lawyer Michael van der Veen said he would seek to depose Vice President Kamala Harris and Speaker of the House Nancy Pelosi in his Philadelphia law office, which prompted mocking laughter in the Senate chamber.

"That's the way it works, folks … I don't know why you're laughing … there's nothing laughable here" — the Senate chamber breaks out in laughter after van der Veen threatens to depose Nancy Pelosi and Kamala Harris not by Zoom, but in his office in Philadelphia pic.twitter.com/T0xiozHckE

This post has been updated to reflect Graham’s vote in favor of witnesses.