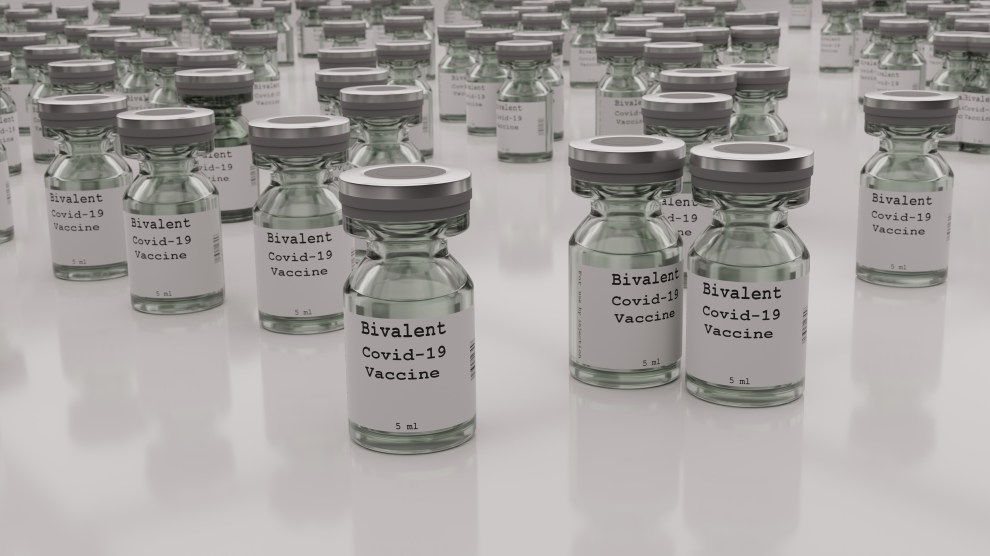 So far, enthusiasm for the Omicron-specific Covid boosters is just so-so. In a University of Michigan poll conducted last month among adults over age 50, just 61 percent of those surveyed said they were “very likely” to get the new booster this fall, and 23 percent of adults ages 50 to 64 said they were “not likely” to get it. There are likely many reasons for this tepid reception, including the fact that many people have recently recovered from Covid and are waiting a few months before getting boosted in order to optimize protection. But there’s another factor, too—one that we’ve seen before. Influential physicians who have opposed Covid protections since the beginning of the pandemic continue to downplay the effectiveness of vaccines.

It's hard to overstate the harm that the @CDCgov and @US_FDA have done to public confidence in vaccine safety by approving & recommending the ba4/5 bivalent booster on the basis of 8 mice and no human study. They are flying blind on presumed knowledge rather than clinical trials. https://t.co/0NhMNcZ872

The YouTube video and original tweet are the work of Vinay Prasad, a professor of epidemiology and biostatistics, and a hematologist oncologist at San Francisco General Hospital. In the video and the accompanying thread, Prasad argues that the new boosters should have been tested on humans rather than mice, and that because they did not go through the clinical trial process, experts can’t say for sure that they’re safe.

This idea has been robustly refuted. As the Wall Street Journal explained in a recent infographic, human “trials aren’t necessary to be confident the vaccines will work safely, many experts have said, because the changes simply update proven shots.” While these specific shots weren’t tested in people, boosters containing the original Omicron strain were, with no major safety issues. In a Yale Medicine piece on the new boosters, pediatric infectious diseases specialist Thomas Murray explained, “We have given millions of doses of this vaccine with this technology, and the safety profile has been excellent.” Prasad’s argument that the subtle differences in the new booster require an entirely new clinical trial aren’t widely shared.

Prasad has a history of contrarian takes on Covid: He has railed against mask mandates, children’s vaccines, and public health officials. In an article for City Journal earlier this year, he claimed those officials “rely on fearmongering, or provide hollow reassurances” about the virus. Prasad is also a member of Urgency of Normal, a group that misrepresented data about the harms of masks in order to advance their argument that schools should immediately lift mask mandates during the height of the Omicron wave.

Dr. Jay Bhattacharya, whose retweet of Prasad’s video has been shared more than 800 times, is perhaps even more ideologically motivated than Prasad. Bhattacharya, a professor of health policy at Stanford, was one of the original signatories of the Great Barrington Declaration, which argued for lifting almost all coronavirus restrictions in 2020—before vaccines or effective treatments were available. The Great Barrington Declaration was the work of the libertarian think tank American Institute for Economic Research, where Bhattacharya has written articles. In 2021, Bhattacharya and three other signatories of the Great Barrington Declaration founded the Brownstone Institute, a think tank that has cheered on anti-vax rallies and promoted the use of the drugs ivermectin and hydroxychloroquine to treat Covid, despite the scientific consensus that they’re ineffective. In addition to his work with the Brownstone Institute, Bhattacharya is a fellow with right-wing Hillsdale College, where he collaborates with former Trump adviser Scott Atlas.

Prasad wrote in an email to me that he didn’t consider his views contrarian. “To define someone’s views as contrarian versus mainstream, one would have to poll doctors broadly to see their views. That has not been done on any of these issues.” He added, “All of my views on all Covid matters are evidence-based. I’m a political liberal in line with Elizabeth Warren and Bernie Sanders. Reasonable people may have different views on these complex issues with complex trade-offs.” Bhattacharya wrote to me that because of the lack of human clinical trials, he doesn’t “have any opinion at all about [the bivalent boosters’] safety profile,” and he noted that he wasn’t paid for his work with think tanks. He argued that the Great Barrington Declaration did not take “a contrarian position, but represents the standard way of dealing with respiratory virus pandemics that the world has followed for a century until 2020.” Then he tweeted that I planned to write a “hit piece” on Prasad’s video.

Prasad’s and Bhattacharya’s activism around Covid has yielded them large audiences: Prasad has more than 210,000 followers on Twitter and 131,000 subscribers to his YouTube channel. Bhattacharya has 225,000 Twitter followers and makes appearances on Fox News.

It’s unlikely that the hundreds of people who have retweeted Prasad and Bhattacharya are all aware of these physicians’ backgrounds. Their warnings about mice-only tests on the new boosters seem alarming, so it’s understandable that readers would want to spread the message. But Prasad and Bhattacharya’s views contradict the consensus of the panel of experts in immunology who recommended the approval of the new boosters and who concurred that they pose little risk because of their similarity to previous versions. As Yale’s Murray put it, “We have no reason to believe that these variant vaccines would be any different. We are just changing the vaccine a little bit so that it better matches the strains that are circulating, which is exactly what we do with the influenza vaccine.”