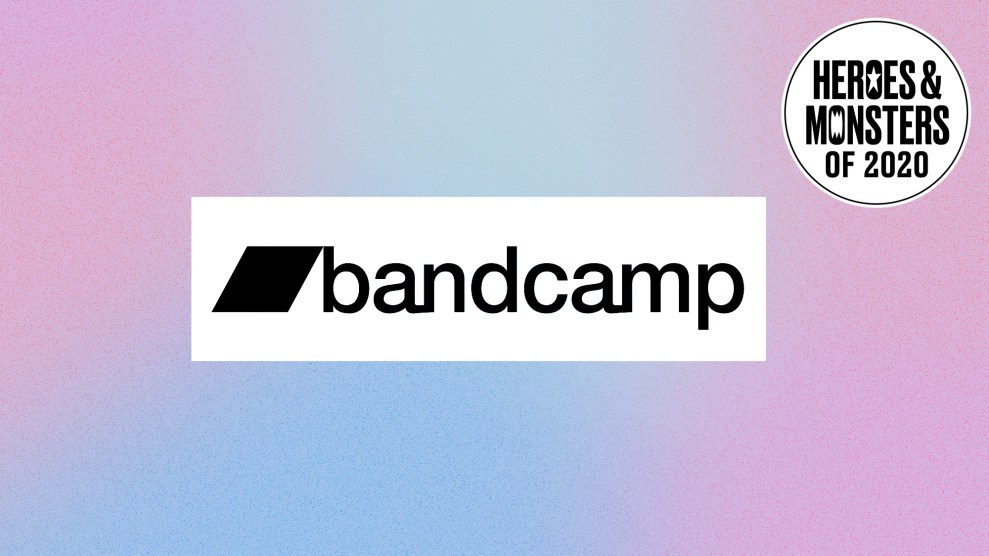 In March, when the pandemic suddenly cut off the income for millions of musicians, Bandcamp—a music streaming site dedicated to an artist-friendly business model—stepped up. The site designated a Friday, March 20 as a day where 100 percent of the revenue would go directly to artists. Fans spent $4.3 million on music and merch that day—15 times the amount of a normal Friday. And so Bandcamp did it again. And again. Eventually designating the first Friday of every month as “Bandcamp Fridays.”

The result of Bandcamp’s push to help artists is nothing short of staggering. The service says that fans have bought more than $75 million worth of music and merch on Bandcamp Fridays.

This year, industries unraveled amid the economic devastation caused by the pandemic. Restaurants closed, barbershops folded, bars shuttered. The music business was no different. Concerts were canceled. Venues closed—some even died. But, perhaps uniquely, the industry was situated to blow up in the faces of artists—whose unconventional sources of revenue made it harder to receive financial aid compared to most other people, who typically work under an employer.

As such, the cancellation of live music was always going to harm artists and roadies, often the least wealthy, the most. Every tour and festival—the biggest sources of income for most musicians, a majority of whom bust their asses on the road for the better part of the year just for meager wages—were scrapped within a week in March, leaving those who rely on life on the road for a living in a rough spot. But unlike many gig and industry workers who were suddenly out of work, financial relief for musicians was hard to come by. Without tours and gigs to support themselves financially, most bands and artists were at the mercy of royalties from streaming services like Spotify. The Swedish company known for algorithmic channeling and artist manipulation is notorious for paying pennies to artists—even ones with millions of fans who stream their music.

Since Bandcamp rolled out in 2008 it has evolved from just a streaming service to become something of an online record store. It is replete with on-staff critics, akin to your cool local record shop employee. In a given week, you can catch up on the best video game music of the year, or read about the thriving hardcore scene in Cambodia’s capital city of Phnom Penh, or learn about the key players and essential albums of Stockholm’s experimental drone scene. It’s the kind of thoughtful curation not really seen since brick-and-mortar record stores were thriving, probably sometime in the mid-’90s. But Bandcamp didn’t just hype artists, it really put its money where its mouth is, in Bandcamp Fridays.

Even though the year is over, the pandemic isn’t. The nation’s leading health experts say that the worst is yet to come, meaning that touring and live music won’t return to normal for quite some time. While the latest Covid relief bill may provide some support for independent music venues on the brink of shutting down through the Save Our Stages Act, there’s nothing in there to help musicians. Luckily, Bandcamp has stepped up again: Bandcamp Fridays will keep going well into 2021.