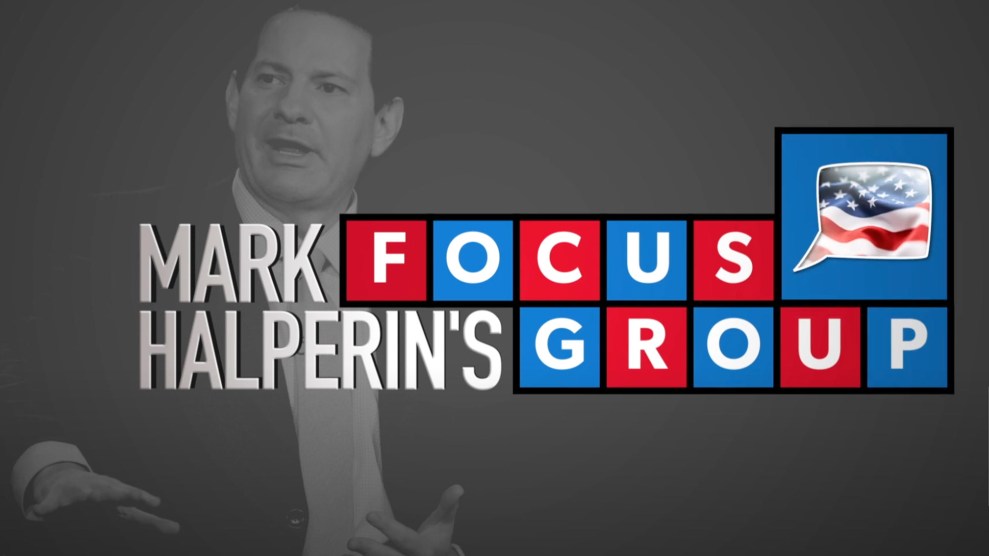 Was anyone wondering what ever happened to Mark Halperin, the disgraced pundit who lost his MSNBC political analyst job, Showtime hosting gig, book deal, and miniseries deal when 14 women accused him of unwanted sexual advances and groping in October 2017?

After a one-stop redemption tour earlier this year, the Game Change co-author has landed at Newsmax, the small, Trumpy news network that is rapidly siphoning viewers away from Fox News, in part by denying that President-elect Joe Biden won the election. Newsmax has been running programs with Halperin since at least this summer, the Daily Beast reports. They include a weekend show called Mark Halperin’s Focus Group and multiple appearances on other programs, including shows anchored by former White House press secretary Sean Spicer and former Fox News host Rob Schmitt.

Halperin’s quiet return to TV news drew attention a week ago after he and Schmitt conducted a lengthy and uncritical interview with Sidney Powell, then a core member of Trump’s team pushing outlandish and unfounded election fraud conspiracy theories. The interview went viral, but Powell’s allegations—including unsupported claims that top Republican officials in Georgia accepted bribes to rig the election against Trump—went too far even for the president’s enablers, according to the Washington Post. The next day, Trump attorneys Rudy Giuliani and Jenna Ellis issued a statement saying Powell was not representing the president.

As the Daily Beast wrote, Newsmax has become a “safe haven” for media personalities accused of sexual misconduct, including former Fox News correspondent Greg Kelly and Alan Dershowitz, who once represented Jeffrey Epstein. (Prosecutors declined to file charges against Kelly; Dershowitz denies the allegations against him and has sued his accuser for defamation.) Newsmax also ran Bill O’Reilly’s online show after sexual harassment allegations forced him to leave Fox News in 2017. Halperin has admitted to mistreating women he’s worked with but has denied some of the specific allegations made against him, such as slamming a woman into a wall and rubbing his crotch against three more people.

Over the last two years, Halperin has made several attempts to ease back into the public sphere. First, there was his failed collaboration with Mika Brzezinski and Joe Scarbourogh on an online program analyzing the 2018 midterms.  Then, there was his radio appearance with Michael Smercomish, a prominent critic of the #MeToo movement, where, as Vox put it, Halperin delivered “a pretty sexist assessment” of the 2020 Democratic presidential candidates. Last year, he published a 17-minute apology video a few days before releasing a book, How to Beat Trump.

After all of this, as I reported in February, Halperin went onstage in San Francisco to decry the injustices of “cancel culture,” where he likened the experience of canceled people to that of refugees and said murderers were treated more fairly. The event, which felt more like an exercise in personal rebranding rather than atonement, seems to have worked: the PR execs who organized it are listed as the executive producers of his Newsmax show. While the network told the Washington Post this summer that there was “no long-term agreement to run” Halperin’s program, so far he’s been spared the indignity of getting canceled—again.