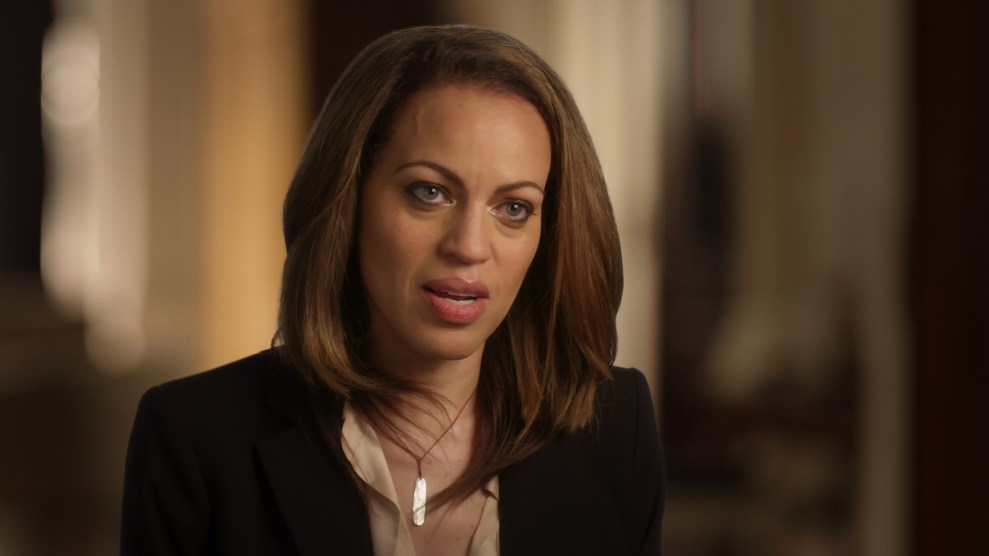 Drew Dixon in "On the Record"HBO Max

The most devastating scene in On the Record, HBO Max’s new documentary from Kirby Dick and Amy Ziering detailing sexual assault allegations against hip-hop mogul Russell Simmons, is about a love song, at least at first.

She saw Simmons as a “tragic ADD puppy dog that I just had to keep retraining,” acknowledging the unspoken workplace requirement that women are made to withstand and compensate for the emotional failings of their male counterparts.

If you’re a hip-hop fan, it’s the love song: 1995’s “I’ll Be There for You/You’re All I Need,” by Method Man featuring Mary J. Blige. The song is a cover of the 1968 classic by Marvin Gaye and Tammi Terrell, an ode to the selflessness and commitment required of long-term love. But the hip-hop remix adds texture in places that Hitsville, Motown’s legendary Detroit studio, could not. It paints a vivid picture of the external barriers that threaten to make young Black love impossible—prison, police. Its first verse ends in a line seldom heard in 1990s gangsta rap, lauded for being rugged and yet romantic: “I got mad love to give.”

An important part of the genius behind the song, it turns out, was Drew Dixon, then a 24-year-old up-and-coming A&R executive at Def Jam, the era’s preeminent hip-hop label. In the scene in question, Dixon reflects on how she heard just a few lines of a verse by Method Man and immediately recognized it as what she calls “a hip-hop sonnet.” The daughter of a prominent Black DC political family and self-avowed hip-hop head, she did the behind-the-scenes ideation that brought Blige, known as the queen of hip-hop soul, onboard. The record was a smash and Dixon was on the come-up. Then, she says, she was viciously raped by her boss, Simmons, who’d lured her into his apartment with the bait that he had a promising demo in his home stereo.

The attack came after several alleged incidents of sexual harassment by Simmons; Dixon alleges that he repeatedly groped, exposed himself to, and tried to kiss her. Dixon was eager to stay focused on her work and considered the constant harassment par for the course not just in hip-hop, but in the music industry more generally. It was the Beatles, after all, who sang in 1965, “I’d rather see you dead, little girl, than be with another man.” “These white patriarchal power structures that exist in America, we just mimic them,” Tarana Burke, MeToo’s founder, tells the filmmakers. “We make them our own.”

As his behavior escalated, Dixon still admired Simmons as a pioneer, a man whose business savvy helped move hip-hop beyond neighborhoods in the South Bronx and Queens and into the mainstream. She saw Simmons as a “tragic ADD puppy dog that I just had to keep retraining,” she says in the film, acknowledging the unspoken workplace requirement that women are made to withstand and compensate for the emotional failings of their male counterparts. “I guess I thought it was just part of the culture and I just needed to manage around it.”

While she was able to recognize then that Simmons had acted inappropriately before the alleged rape, she had reasoned that he wasn’t violent. “I really didn’t understand all of these violations of my physical boundaries were breaking me down.”

But how, exactly, should we consider violence in the context of the MeToo movement?

Surely, pinning someone down onto a bed and raping them is violent. But the bath Dixon says he made her take with him afterward—that must count, too, right?

Whether we explicitly recognize it or not, this is the question asked again and again by women who have come forward with harrowing stories of harassment and assault by men who acted as gatekeepers to professional success. Surely, pinning someone down onto a bed and raping them is violent. But the bath Dixon says he made her take with him afterward—that must count, too, right?

Dixon describes leaving Def Jam a short time after the alleged rape and working up the ranks at Arista Records, where she encountered another powerful man in music: LA Reid. After repeatedly turning down his advances to meet him in a private suite at the Four Seasons, Dixon says he made her work life something of a living hell. At one point, she had arranged for a promising young artist named Kanye West to perform for a team of Arista executives, including Reid, who she says had become so mean after her rejections that he was determined to torpedo any idea she brought to the table. Reid not only declined to offer West a deal, but dressed Dixon down for 45 minutes in front of colleagues while West waited in the hallway to hear his fate. When she set up a private performance by a young singer from Ohio named John Stephens, Reid balked, and not only opted not to attend, but encouraged others not to go, either. That singer became John Legend.

Frustrated, Dixon fled the music industry altogether. She earned a business degree from Harvard, got married, had kids, and seemed mostly content not to revisit that painful past. Then MeToo happened, and Simmons was in the news. Altogether, 17 women have accused Simmons of sexual harassment and assault, including a woman named Sherri Hines, a member of one of hip-hop’s first all-female groups, Mercedes Ladies, which Simmons managed when he allegedly attacked her in 1983. Sil Lai Abrams, another former Def Jam employee, recounts being raped by Simmons in 1994, an act of violence that she said drove her to try to kill herself. Like Dixon, these women share their stories in On the Record.

But few of these women had come forward by the point in late 2017 when the film captures Dixon struggling with the decision over whether to go public with her story. That journey becomes the narrative spine of the film. Its heart is the Black women of Dixon’s generation who openly grapple not only with what they endured, but why they chose to remain silent about it. “Your responsibility to stay quiet is greater than their responsibility not to do it,” says Kierna Mayo, a pioneering journalist and former editor-in-chief of Vibe magazine.

Violence can be a physical presence, but it can also function as an absence.

In this way, the film grapples with the delicate nuance of the experiences of Black women who experience sexual violence at the hands of Black men. Rape, after all, is an act of physical violence, but it’s also a demonstration of social power. And in the general scheme of American hierarchy, Black men have relatively little of that power, even if they’ve become millionaires. Black millionaires are often championed by Black and white communities alike as pioneers who overcame racism to succeed in America. Each woman describes not wanting to put any dents in that facade. And notable commentators like Burke, hip-hop journalist and scholar Joan Morgan, and legal expert Kimberlé Crenshaw offer commentary throughout on Black women’s reluctance to come forward against one of their own. They provide important insights, which hopefully assuage some of the concerns that led Oprah Winfrey to drop out as executive producer after pressure from Simmons’ camp leading up to its premiere at Sundance. “I actually think what’s being said about black women [in misogynist rap music] are racist,” Crenshaw says at one point in the film. “You’re basically dancing to ideology that had been spread by defenders of slavery.” What complicated that reality was the fact that Black liberation and sexism existed side by side in the same songs, by the same artists.

On the Record is the latest in what could be called a genre of MeToo movement films, along with Leaving Neverland, Surviving R. Kelly, The Hunting Ground (also directed by Dick and Ziering), and Untouchable, about Harvey Weinstein. On the Record does a particularly good job of adding much-needed context to a national conversation about race, class, gender, and power. But its real intervention, where it seems to stand apart from the others, is identifying another form of violence. Violence can be a physical presence, but it can also function as an absence. The women, like Dixon and countless others who may never be named, whose creativity was snatched from the world by men who threatened, or trespassed, on their physical and sexual boundaries. Dixon was not yet 30 when she decided to leave hip-hop behind.

“You have to ask yourself where her career would have gone in music,” Mayo wonders aloud in the film. “What music did we lose? What are we poorer for, for Drew not being a music executive?”