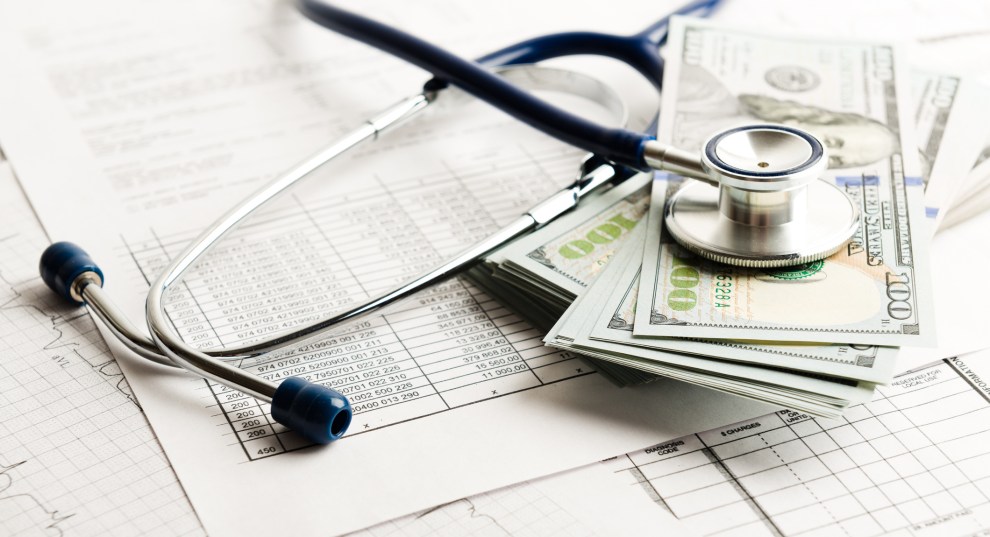 It was a startling announcement: A California church had raised enough money to pay off the medical debts of 5,555 struggling Los Angeles–area residents in time for Christmas, wiping out more than $5 million in bills.

Parishioners at Christian Assembly Church donated more than $50,000 and then worked with a debt-forgiveness nonprofit to reach the staggering $5.3 million amount, the Los Angeles Times reported. Reporter Colleen Shalby told me the church has already gotten calls from ministers in Chicago, San Diego, Seattle, and Portland who want to do the same thing.

Everyone, regardless of religion or resources, is vulnerable to a capricious health care system that can erase life savings in a flash or saddle people with crushing debt, says Pastor Tom Hughes: “Basically, every person I’ve ever met has probably known someone who has a medical condition that’s come out of the blue.”

Hughes worked with the nonprofit that helped comedian John Oliver and his HBO Last Week Tonight erase $15 million in medical debt for 9,000 people in 2016. Next up for the church: working with credit agencies to repair people’s credit scores.

Teaching her mom hope. Charlotte Nebres, 11, knew she had to give it all she could. Charlotte is the first Black dancer to perform the role of Marie in more than a half century of New York City Ballet productions of The Nutcracker. “It sunk in that, ‘Well, if I’m going to be doing this role and I’m the first person, then I want to make it count,’” Charlotte said. Her mother, Danielle, says she’s learning about hope from her daughter. “It’s sort of magical for me to see that sort of just hopefulness and just realizing that there is no limits. So I’m sort of learning through her that maybe the way things were aren’t what they are any longer.” The ballet runs through Sunday. (CBS News)

He made a difference. Because of federal investigator Jack Mitchell, cigarettes are more tightly regulated. Former FDA chief David Kessler said Mitchell, who died December 5 at age 69, “broke open tobacco” by cultivating a whistleblower inside the tobacco industry. That whistleblower detailed how tobacco companies manipulated nicotine levels to keep people addicted to the cancer-causing substance. Mitchell’s investigation, Kessler said, led to greater FDA regulation of the industry and “changed how this country views tobacco.” The percentage of Americans who smoke has dropped by more than a third since 2005, the CDC says. (Washington Post)

When NASA called. David Myers was one of 11 deaf men who helped America get to the moon. The Gallaudet Eleven, nicknamed for the college they attended, did the same training as the astronauts but did not experience the same motion sickness. Their work helped show that motion sickness was caused in the inner ear. With that knowledge, scientists created medications to help the astronauts. Myers told TV host and podcaster Emily Calandrelli that he’s still waiting for a call from NASA to go to space. Calandrelli says Myers and the Gallaudet Eleven remind us that “even though astronauts are the ones we spotlight when it comes to space exploration, many of our brave explorers—who help push the boundaries of exploration in the solar system—remain firmly on the ground.” (Twitter)

Recharge salutes: Shane Sheil, once among the oldest kids in a Florida foster care system, has overcome incredible hurdles and childhood trauma to make an inspiring, self-determined life for himself, and built a family, in the 13 years since a newspaper first profiled him; Julieanne Kost, who dealt with her fear of flying by taking stunning landscape photographs from her window seat; and the 300,000 additional people worldwide each day who first get access to electricity, and the 200,000 who get access to piped water.

I’ll leave you with an Ohia Lehua blossom, the first plant to grow after lava cools in Hawaii. This image is from the Interior Department’s Twitter feed. Thanks for reading, and I hope 2020 blossoms for you!

Once lava cools — before any other life can return — the ‘Ōhiʻa grows. This cornerstone plant species supports entire forest ecosystems across the islands of Hawai’i, including birds, plants and animals that exist nowhere else on earth.