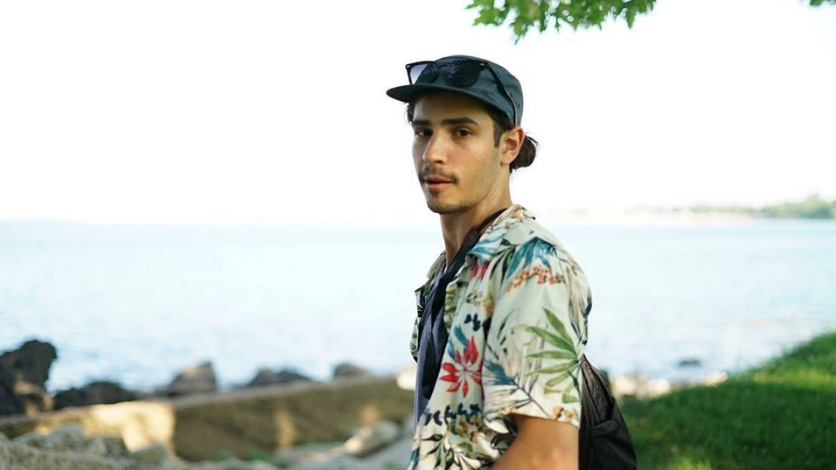 Philip Jacobson, an editor at MongabayCourtesy of Mongabay

Yesterday I woke up to horrible news, a Facebook message alerting me that a good friend had been arrested and detained while working in Indonesia.

Philip Jacobson, 30, is an editor for Mongabay, a US-based nonprofit that covers environmental news in the Southeast Asian archipelago and around the world. He was on the island of Borneo working with a local reporter on a story that will examine the forest fires generating thick clouds of smoke across the region. This is a sensitive issue for Indonesian authorities, since the fires last year interfered with air travel, led to school closures, and sickened thousands of people. On Tuesday, Phil was locked up by immigration officials at a detention center in the city of Palangkaraya, who accused him of engaging in activities that weren’t “in accordance with the intent and purpose” of his business visa. This administrative offense would typically be handled with deportation. Instead, Phil is facing criminal charges that could land him in prison for up to five years. His supporters see the potential punishment as an attempt by the Indonesian government to stifle press freedom.

Phil and I became friends in 2011. We had both moved from the Chicago suburbs, where we’d studied journalism at Northwestern University, to the Indonesian capital of Jakarta. Over the next year, we worked together at an English-language newspaper, The Jakarta Globe. He has continued writing about Indonesia since then, and at Mongabay he’s helped uncover environmental degradation and shady dealings of big corporations, like a paper company that set up a shell company to secretly clear forest land. Mongabay is headquartered in California but has 1.5 million readers in Indonesia and is widely read by high-level officials and civil society groups there, according to the publication’s founder and chief executive, Rhett A. Butler.

In mid-December, Phil had traveled to Palangkaraya, the capital city of Central Kalimantan province, to meet with a Mongabay reporter and collaborate on coverage he planned to edit of the area’s wildfires. Last year, the toxic haze spread as far as Singapore and Malaysia. Environmental groups like Greenpeace and World Wildlife Fund spoke out in September and November about the blazes and their impact on climate change. To better understand the issue, Phil and the reporter were invited to attend a public meeting between local lawmakers and Indonesia’s largest indigenous rights group, known as AMAN. The day after the meeting, before Phil was supposed to catch a flight, immigration officials arrived at his guesthouse, confiscated his passport, and ordered him to come in for questioning. They told him to stay in the city while they continued their investigation. After roughly a month of waiting, immigration officials returned to his guest house on Tuesday, ordered him to pack his belongings, and sent him to the detention center.

Phil’s attorney, Aryo Nugroho, the head of Indonesian Legal Aid, told the New York Times that the case seemed to focus on Phil’s use of a business visa instead of a journalism visa, and did not appear to be driven by any particular article published by Mongabay. “We are supporting Philip in this ongoing case and making every effort to comply with Indonesia’s immigration authorities,” Butler, the Mongabay founder, said in a statement. “I am surprised that immigration officials have taken such punitive action against Philip for what is an administrative matter.” Butler told me that Phil wasn’t conducting interviews in Kalimantan. “They’ve not provided any evidence of him actually engaging in journalistic activities. The extent of what he was doing there was just attending meetings,” he said.

“This is a worldwide issue, and it should be of concern to anyone who cares about a free press and getting the facts out there.”

Local journalists and press-freedom advocates have expressed quick concern over the arrest. “Indonesian authorities should immediately release journalist Philip Jacobson and drop any criminal charges against him,” the Committee to Protect Journalists wrote in a statement. “While we of course urge all foreign journalists visiting Indonesia to ensure they follow immigration rules, if a journalist is simply attending meetings or happens to be present during a news event this should not be cause for punitive action or detention,” the Jakarta Foreign Correspondents Club said. On Friday, an official from the US Embassy in Jakarta is expected to visit with Phil, according to Butler.

Indonesia is not the easiest place to work as a journalist, and reporters have been prevented in the past from going to high-conflict areas like West Papua. The country ranks 124th out of 180 globally on an index of press freedom, according to Reporters Without Borders, an international nonprofit. “This isn’t just limited to Indonesia,” says Butler, of the scare tactics that keep journalists from pursuing tough stories. “Here in the US we have our own attacks on the press going on—it’s not what you see in Indonesia, but certainly the rhetoric is there. This is a worldwide issue, and it should be of concern to anyone who cares about a free press and getting the facts out there.”

Phil is one of the most curious, determined journalists I know, and he’s dedicated his career to telling truth to power. His arrest and detention are a threat to that tradition and should worry us all.