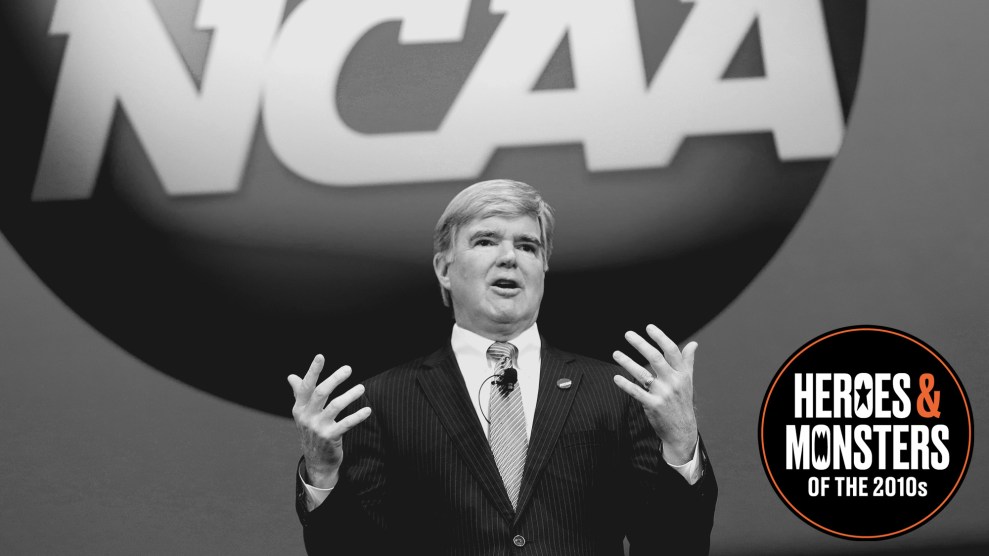 Even as they collected millions upon millions in revenue on the backs of their athletes’ labor, money-making enterprises also known as colleges and universities dropped the ball and failed to account for sexual abuse happening under their watch throughout the last two decades. The very institutions that are supposed to monitor and scrutinize misconduct instead enabled sexual predators to use their access to exploit their athletes and non-athletes alike, and the national governing bodies that oversee them haven’t fully faced any meaningful repercussions from having turned a blind eye to what was going on.

Let’s consider some of the notable events from the past and how they continue to resonate today.

Serial abuse by an employee? At Ohio State University, it was described as “consistent institutional failure” when officials were aware of the rampant abuse engaged by one of its team doctors Richard Strauss. We now know that Strauss, who killed himself in 2005,  abused at least 177 men, most of which were athletes in the university’s wrestling, gymnastics, swimming, soccer, among other programs, as far back as 1979. As lawsuits on behalf of 350 victims against OSU mount over Strauss’ misconduct, former OSU wrestlers and a former referee have claimed that Jim Jordan, now a firebrand Ohio Republican congressman, then an assistant coach for the wrestling team, allegedly heard about the misconduct in the early-90s. Jordan has denied the allegations, calling them politically motivated.

Football players have had their own special subset of terrible behavior against women, as can be seen in the pros, when NFL commissioner Roger Goodell suspended then-Baltimore Ravens running back Ray Rice just two games in 2014 after a video surfaced of him assaulting his then-fiancee, an incident the Ravens knew about for months. The problem grew as the league faced condemnation over how it haphazardly punished its players who were accused of domestic violence. A baseline six-game suspension became no more certain when the cases involved mitigating factors that swung the number of games missed.

On the college level, football players were not exempt from sexual assault allegations. Just look at what women suffered at Baylor University as a result of the “institutional failures at every level” under the leadership of Art Briles and then-school president Ken Starr (yeah, that Ken Starr.) One lawsuit alleged that 31 Baylor football players had committed 52 “acts of rape” between 2011 and 2014.

The university has settled several Title IX lawsuits with sexual assault survivors who accused officials of allowing a “rape culture” and failing to properly act against incidents of sexual assault. That included a Baylor volleyball player who alleged she was drugged and raped by at least four football players in 2012. It didn’t stop at Baylor: Sexual assault survivors have mounted lawsuits against several universities, including the University of Kansas, Michigan State University, University of Tennessee-Knoxville, and Utah State University, where a football player was found guilty of sexually assaulting six women.

But the college athletes were not the only problem. Coaches had more than their share of appalling behavior. In 2012, Penn State University and its football program faced $60 million in fines, a postseason ban, vacated wins, and sanctions for letting Jerry Sandusky, an assistant coach under Joe Paterno, use his access to the football program to sexually abuse young children as far back as the late 90s and early 2000s. Heads rolled initially: The university fired its legendary head coach, who knew of one of the attacks and died months later, and dismissed its president. Two years later, the NCAA rolled back those penalties.

Or how about Michigan State University, who employed Dr. Larry Nassar as he abused dozens and dozens of young women and girls under the guise of a medical procedure between 1997 and 2016. University officials were told of the abuse, and university police investigated complaints, but Nassar didn’t face punishment for his actions until January 2018. Nassar is in prison for life, but now, the state’s investigation into Michigan State’s handling of the Nassar case has stalled.

Negligent oversight of Nassar did not stop at the university level; it went all the way to the Olympics. Consider the beleaguered USA Gymnastics authorities who failed to act when their high-profile gymnasts complained about Nassar’s actions. It has since faced bankruptcy, hundreds of lawsuits from Nassar’s victims, congressional scrutiny, and decertification as a national governing body. No need to stop with the Gymnastics program. Also in the Olympics, there are the leaders of USA Swimming, who, for years, ignored and covered up sexual abuse complaints by young girls and women against their club coaches.

What’s frustrating is that the megacorporations behind these sporting institutions, particularly the NCAA, the cartel leader of college athletes, hasn’t paid much of a price for the misconduct happening under their watchful gaze. Instead, federal prosecutors last October went after the middlemen—the former shoe executive, the consultant, the savvy business guy—who took advantage of a corrupt recruiting system to steer athletes into certain programs. Prosecutors even suggested that the athletic programs were the victims as well, and they sought to recoup lost scholarship funds.

Outside the protective cocoon of college athletics, with avid alumni associations and enormous amount of money pouring in, the governing bodies in swimming, taekwondo, gymnastics, and figure skating for Olympic sports federations are facing a reckoning lawsuits and federal investigations mount against them.

It’s worth remembering the testimony from Amanda Thomashow, who first reported Nassar to MSU and campus police in 2014 after she says Nassar sexually assaulted her during an appointment. Her complaint triggered a Title IX investigation that later cleared Nassar. Nonetheless, he finally faced charges and some of his victims testified at his trial.  “You didn’t realize that you were building an army of survivors, an army of female warriors committed to obtaining justice,” Thomashow said. “You might have broken us, but from this rubble, we will rise.”