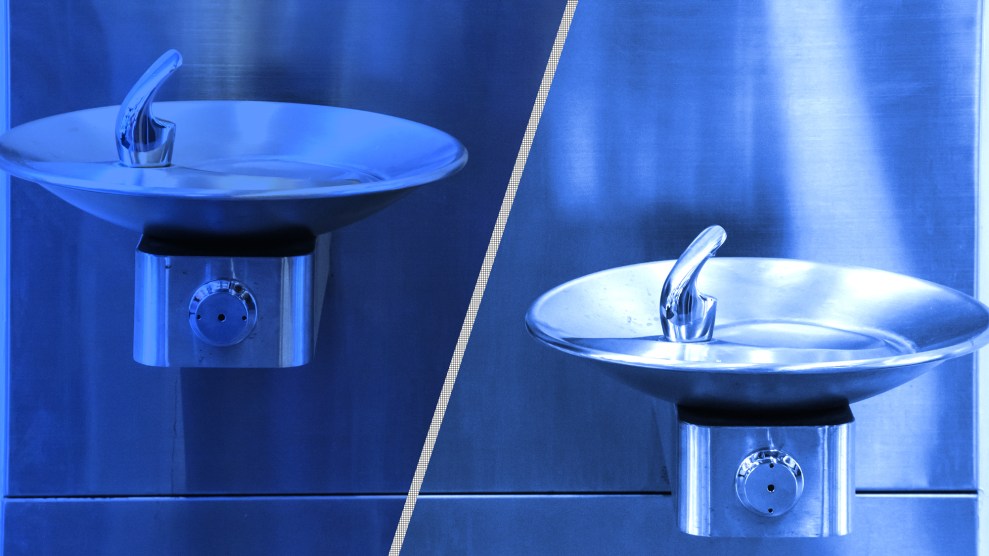 As kids, they were thrown into “segregation academies” in the South—private all-white schools where parents could send their children to avoid the integration of public schools, and where kids were, as one put it, “conscientiously and misguidedly furnished with an unbending white universe.”

At least 3,000 of these schools opened in the South in the early 1970s. By 1975, as many as 750,000 white students were being what they thought was “educated” there. Now, graduates of those all-white schools are telling stories about the resounding racism they learned—and the decades that some have spent unlearning or trying to unlearn it. A new website, TheAcademyStories.com, is posting their stories in hopes of striking a chord with other people raised with and steeped in white supremacist ideologies who are trying to critically dismantle and understand their own hate.

“I want to gauge how the thinking bred in such a culture — growing up inside a white society that invested huge energy and money into the segregation academy’s creation — lingers inside our heads still,” wrote Ellen Ann Fentress, a longtime journalist whose writing has appeared in the New York Times, and a documentary filmmaker who is spearheading the project with support from the Mississippi Humanities Council.

Fentress told me that some graduates of the academies are opening up about their years through self-reflection, while others say they wish she and outlets like the Jackson Free Press had never shed a spotlight on the schools. “To some of them, it looks like a personal attack on parents and faculty,” said Fentress, who posted the first essays and a call for submissions last week.

“This isn’t a proud narrative, but it’s essential U.S. history that shapes how both towns and individuals live their lives now,” as well as how structures and institutions continue to operate, Fentress said. “The conversation is unsettling” but necessary.

On the website’s first day, Fentress she got half a dozen new writers. Author and journalist Kristen Green, an early contributor, wrote that her all-white Virginia academy had “normalized and centered whiteness for me in my formative years.” For decades afterward, she said, “I didn’t have the skill set to make friends with people who looked different than me, to report knowledgeable stories about people of color” as a journalist.

Some graduates, such as Jackson, Mississippi, lawyer Lynn Watkins, have spent their lives trying to fight the racial hate that created their schools. “From the tenth grade forward, I attended and ultimately graduated from a white Citizens’ Council School; at one time, it was reportedly the largest private school system in the country,” Watkins wrote, describing her eventual work in journalism and law to expose the very systems she grew up benefitting from. “Later, as a journalist and later still as a lawyer, I learned the real lessons of history.”

Pen pals: A letter means a lot. That was the message that Army Brig. General Vincent Buggs gave a group of high school seniors in Stillmore, Georgia, who had exchanged letters with him when he was fighting in Iraq in 2007—and they were kindergartners. The kids had also sent him a toy gingerbread man, and Buggs sent back photos of the toy in different situations, creating a story about the gingerbread man in Iraq. Last month, Buggs got to meet and properly thank the students. “I needed to tell them how much they meant to me.” As he wrote earlier to the local paper, “The simplest gestures in life often have the greatest impacts.” (New York Times)

Postal heroes. One mail carrier stopped a home from burning. One saved an injured beagle from being mauled by a pit bull. Another encountered a 16-year-old girl who had just escaped from men who had kidnapped her for three months. (That postal worker helped her call her mother, who called 911, and stayed with the teen until police arrived.) All were honored last week by the National Association of Letter Carriers. Theresa Jo Belkota, a carrier in Buffalo, New York, who saved an injured boy’s life, reflected the graciousness of the honorees. “I’m just so happy,” she said, “to have this job.” (Washington Post)

Book heaven. Literacy, kindness, and a shared purpose have propelled Finland in the past few decades. Helsinki’s soaring state-of-the-art library has ignited national pride and brought citizens together. Two-thirds of the capital’s residents visited it within a month after its opening in December. The three-story library was designed to reinforce community trust, said Tommi Laitio, Helsinki’s executive director for culture and leisure. “This progress from one of the poorest countries of Europe to one of the most prosperous has not been an accident,” Laitio said. “It’s based on this idea that when there are so few of us—only 5.5 million people—everyone has to live up to their full potential.” (City Lab)

Follow-up. We wrote two weeks ago about a highway marker honoring Emmett Till. Another highway marker to another civil rights icon is being unveiled this Saturday in Gretna, Louisiana. In 1948, 44-year-old Royal Cyril Brooks was killed by a white police officer after Brooks offered to help exchange fares with a bus passenger who’d mistakenly paid to enter the wrong bus and wanted off, a common courtesy among passengers. The driver called a police officer, who beat Brooks, held him at gunpoint, ordered him off the bus, and shot him. The killing prompted the formation of a civil rights legal group that helped lead to the indictment of the officer for manslaughter, but a jury would not convict him. In a successful fundraising effort this year, the Brooks family said the marker “will represent a significant part of history…and become a space for future generations to learn.” (Civil Rights and Restorative Justice Project)

I’ll leave you with this glimpse of Maine’s Acadia National Park in late autumn. Please send links or tips for possible Recharge items to recharge@motherjones.com. Have a great week, and thanks for reading.