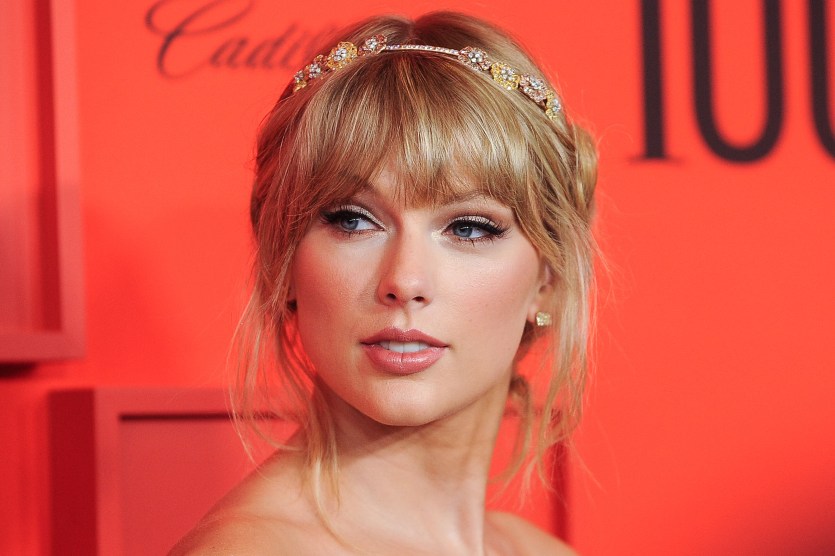 Okay, Taylor Swift may not be the heartbreak queen of America, not anymore, but she sure is second or third in command. (For those wondering who the reigning queen of heartbreak and crush-pop is, that title was snatched by Carly Rae Jepsen with the release of her anthem against toxic masculinity, “Cry.”) From Swift’s earliest beginnings, heartbreak and boys—and maybe girls?—have been her mantra.

Swift’s ability to manifest heartbreak and crushes (and everything in between) is what has driven her to immeasurable success. It’s given her Grammys; it’s given her American Music Awards; hell, it’s even given her a few Guinness World Records. While not always the central message of an album—looking at you Reputation—it’s been the heart of her work for over a decade. So when Swift dropped her self-centered, rainbow-vomit-wrapped-in-a-JoJo-Siwa-bow of a single “ME!” it was rightfully met with disdain and disgust. And yet, that wasn’t the end of the torture.

“You Need to Calm Down” was next. Long story short, it was a typical Swift bop with a weird and convoluted message that set the take ecosystem ablaze:

Taylor Swift attaching herself to the LGBT community and pretty much comparing the criticism she's received to homophobia really leaves a bad taste in my mouth. It's good that she's such an outspoken ally, but the way she handles it leaves me conflicted.

The track was released with a celebrity-studded video that included the likes of RuPaul, the Fab Five, and other famous queer icons. Tucked among the picture-perfect queers were easter eggs that hinted at a variety of things, but most blatant was Hayley Kiyoko shooting an arrow into a target with the number “5” marked in the center. (If you’re interested in going down the rabbit hole of all things Swift, check out journalism’s premiere Swifty Jill Gutowitz’s work.)

Well, it turns out that easter egg was indeed a precursor to Swift’s newest track, “The Archer.” The fifth track on her upcoming album Lover, it also happens to be the best so far.

In her previous singles, Swift was preoccupied with trying to be something she’s not. “ME!” came off as try-hard, a song that from the start seemed destined to forever be played over the speakers of a Sears or JCPenney. “You Need to Calm Down,” was, well, we already covered that.

Thank heavens Swift returned to her boy-crazed roots with “The Archer.” The song plays out like a track off of 1989—her best album, don’t even try. It’s soft and slow, tugging at your heartstrings with lyrics like “Who could ever leave me, darling/But who could stay?” Co-written with longtime Swift collaborator Jack Antonoff, it rolls off Swift’s tongue with a sincerity that decorates some of Swift’s best tracks—”Gorgeous,” “Wildest Dreams,” and “Clean.” It also does what Taylor Swift does best: dives into all sides of a relationship. “I’ve been the archer, I’ve been the prey,” she muses over Antonoff’s signature synth sounds.

“The Archer” gives us what her other two singles didn’t: authenticity. Swift’s always battled the charge of being inauthentic, calculated or, as Kim Kardashian suggested, snakelike. And while these singles were certain to be pop gold, they also foreshadowed a boring album. “The Archer” changes up that narrative, giving us a taste of a Swift we once knew—and loved—and auguring an album that might, actually, hopefully, be good.