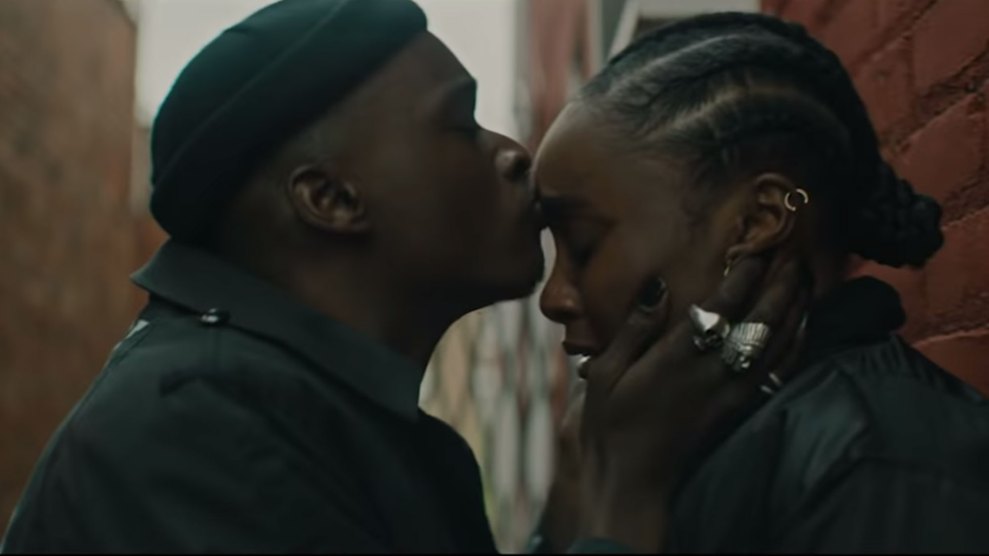 Growing up near Chicago in the 1990s, artist and director Rashid Johnson felt a kinship with author Richard Wright. Wright had moved to the city in the late 1920s and his most famous work, Native Son—the story of Bigger Thomas, a young black man who accidentally kills the white daughter of a wealthy man and, while on the run from the cops, also murders his black girlfriend—takes place in the segregated Chicago of the 1930s. Reading how Bigger reflected on fear forced Johnson to mull over his own sense of anxiety he felt as a black teenager. “It fulfilled some of the dark warnings that my parents had given me up to that point,” he says.

For years, Johnson talked about making a contemporary version of Native Son, and eventually he was introduced to Pulitzer Prize-winning playwright Suzan-Lori Parks, who agreed to work on a screenplay for the film. Parks had first read the book in high school and remembers feeling disturbed and terrified, but it also had struck her that Bigger Thomas didn’t remind her of anyone she knew. Wright had chosen to make Bigger more of an archetype than a real, dynamic character, and that decision left Parks cold.

Parks studied with James Baldwin, who famously criticized Wright’s novel in his book Notes From a Native Son for continuing a stereotype “it was written to destroy,” but she didn’t revisit Baldwin’s critique when writing the script. She did, however, occasionally depart from Wright’s work to attempt to create rounder, more dynamic characters—and to produce a film that would tell “the truth about the way we live now.”

What is that truth?

Parks’ and Johnson’s Native Son, now out on HBO months after premiering at Sundance, turns Wright’s visceral text into a visually gripping reimagination of a contemporary Bigger Thomas. Though the film unravels in an unsatisfyingly quick way when Bigger (played by Moonlight‘s Ashton Sanders) spirals after accidentally killing Mary (Margaret Qualley), the main character’s actions no longer come off as depraved and murderous as in the original novel. In the new version, Bigger is a sinewy, modern-day Afropunk known as Big who wrestles internally and reacts in ways more subtle than in Wright’s novel. And crucially, Parks and Johnson omit one of the most controversial scenes in the original text: Bigger’s rape and murder of his girlfriend, Bessie.

“[Wright] had already invented this wheel. We’re moving it forward. We’re not correcting him or schooling him,” Parks told Mother Jones. “What we’re doing is looking at this and saying, ‘What does it mean to us now?'”

“[Wright] had already invented this wheel. We’re moving it forward. We’re not correcting him or schooling him.”

Parks’ and Johnson’s interpretation of the best-selling 1940 novel is the latest attempt to capture the essence of Bigger Thomas on stage—an effort that has been met with mixed reviews over the years. Wright once wrote in his essay “How Bigger Was Born” that the young man’s tale unfolded in the present like “a play upon the stage or a movie unfolding upon the screen.” Wright later worked with Orson Welles to adapt the novel to Broadway in 1941, but segregation blocked Wright’s attempts at breaking into the film industry.

A decade later, Wright worked with French director Pierre Chenal to produce the first film adaptation, an effort that was a commercial flop in the United States thanks in part to the heavy-handed work of censors. (Wright, then 45, played Bigger, who was meant to be two decades his junior.) In Chenal’s version, Bigger confesses to killing Mary before eventually murdering Bessie.

Decades later, in Jerrold Freedman’s 1986 film, Bessie was largely absent as a character altogether, with executives taking out Bessie’s death against Freedman’s wishes. The film’s producer, Diane Silver, told the New York Times that both Wright’s novel and the film were more about how Bigger’s fears were a “reflection of his humanity.” Wright’s eldest daughter, Julia, told the Los Angeles Times that Victor Love’s depiction of Bigger’s descent into panic rendered the scene unnecessary. But Freedman rejected these arguments, telling the New York Times, “The scene is pivotal in the novel because it underscores the disintegration of Bigger Thomas, a victim of racism and segregation in Chicago of the 1930s who in turn becomes a victimizer.”

In the 2019 reimagining of Native Son, Big is less unhinged and more eccentric, sporting green hair and a leather jacket. After his brutal killing of Mary, he turns into a young black man driven by fear. Interestingly, Parks’ script originally included Bessie’s death to stay true to the novel. One night, as Johnson was reviewing the script, he and Parks messaged one another and agreed that Bessie (KiKi Layne) couldn’t be killed. At his core, Bigger is “a young man who makes a horrible mistake. He’s not a brother running around killing people. That’s not who he is,” Parks says. “I don’t know what Wright would have said about him.”

Toward the film’s end, as Bigger and Bessie hide out, he forces himself on her. She pushes him off and takes Big’s gun. She asks if he killed Mary, and Bigger says nothing. His face says it all. As he tries to grab the gun back, Bessie hurls it out an open window. Big grabs her by the neck but then lets go and runs. As Johnson sees it, removing Bessie’s murder gave the film an opportunity to make Bigger more sympathetic than Wright’s original.

“We’re living in a time where we’re trying to correct some of this behavior…I wasn’t willing to have [the film] hijacked by this really quite dark and toxic murder of Bessie.”

“At a time where we’re really trying to challenge some of the behaviors that have culturally allowed people to feel an agency to treat other people—in this case, the treatment of women in abusive scenarios,” Johnson says. “We’re living in a time where we’re trying to correct some of this behavior…I wasn’t willing to have [the film] hijacked by this really quite dark and toxic murder of Bessie. It took away so much of what we had built foundationally and it wasn’t the aspect of the story that Wright told that we were as invested in exploring.”

Johnson notes that the 1951 film version didn’t exactly resemble the novel, suggesting that Wright had too “already begun to evolve the story and pick and choose which aspects of the story he felt were appropriate to include.” That gave him and Parks more agency to interpret the novel for what its story would look like today.

Even so, Big met his fate just as he did in Wright’s novel, even if he didn’t have a trial or a Communist lawyer standing up for him. Big ends up another statistic, another black man gunned down by cops. “He gets his trial in the street,” Parks says. “I was telling it like it is.”