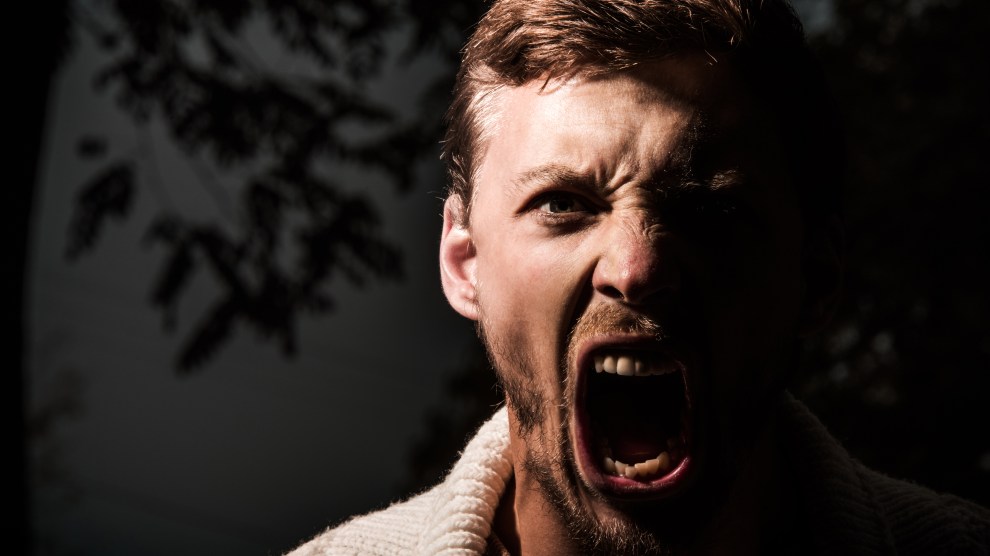 At the beginning of this year, the American Psychological Association tweeted about a five-month-old report that cautions against “traditional masculinity.”

Predictably, men on the internet—and some women—got mad.

The report, which draws on 40 years of research and 13 years of analysis, concludes that “traditional masculinity is psychologically harmful and that socializing boys to suppress their emotions causes damage that echoes both inwardly and outwardly.” Though the report doesn’t call for an end to masculinity—it simply says psychologists should consider how gender plays out in their patients’ lives and that some traditionally masculine traits can cause harm—the APA’s tweet became the subject of internet ire.

APA has issued its first-ever guidelines for practice with men and boys. They draw on more than 40 years of research showing that traditional masculinity is psychologically harmful and that socializing boys to suppress their emotions causes damage https://t.co/yzDRvH6Hgo pic.twitter.com/l8W5J06mJU

Jordan Peterson, a psychology professor at the University of Toronto and right-wing defender of all things traditionally masculine, tweeted that he was “appalled.” A David French article in the National Review said the report “declares war on ‘traditional masculinity.'” And on Fox and Friends, a contributor called the guidelines “political theory” and evidence of “bigotry” against men.

To get perspective on the report, we called Thomas Page McBee, who recently wrote about his experience as the first trans man to box in Madison Square Garden in the book Amateur. In the book, McBee grapples with questions about masculinity that he faced after his transition at 30. We talked to him about how redefining masculinity is necessary but uncomfortable, why the APA report may have felt threatening to men, and how to engage with masculinity in a healthy way.

Mother Jones: What was your first reaction to the APA report?

Thomas Page McBee: I thought it was exciting. Sociology had been on this for a long time, and there’s a whole field devoted to making sense of how masculinity operates from the sociological perspective, so it was really interesting to see a lot of those same observations distilled so cleanly into this. Maybe “traditional masculinity” was an unfortunate choice of words, that’s the only thing I can think in terms of why people may be having such a negative reaction.

If you read it, it’s naming what sociologists call “the man box.” It’s talking about why it’s meaningful to think about the health of men, and how we indoctrinate masculinity—some pretty basic guiding ideas about being aware that men have a gender and that sometimes the way you socialize masculinity can be manifested in a harmful way.

MJ: Why do you think it’s so uncomfortable for us as men to define, or redefine, masculinity?

TPB: This is that part of the way masculinity works, which is sort of genius, and I’m speaking about hegemonic masculinity, toxic masculinity. First of all, you learn that to be a man is to strive to be something: You’re not able to be a man by just being a male-presenting person, or having a male body, or saying, “I’m a man.” You have to prove you’re a man by distancing yourself from anything related to femininity, anything the psychologist Niobe Way out of New York University calls “girly or gay”—that’s how her adolescent boys that she works with put it.

Also, at any point, another man can say, “You’re not a real man.” Then you need to expand your masculinity. It’s kind of a wild pyramid scheme. Because you’re spending all this emotional energy defending a thing that is a moving target anyway. Only a tiny, tiny fraction of people are actually benefiting from this.

The APA announcement says, actually, here are some positives about how we socialize boys that we can continue to acknowledge as useful and pro-social, and here are some behaviors that are not benefiting them. For example: not asking for help, which is very core to toxic masculinity. Why would you look at that and say, “Wow, I feel attacked as a man”? What they’re seeing is, “Oh, there’s a problem with being a real man.” The people who feel “attacked” feel like they’re in a reality where saying anything about masculinity is an attack on masculinity.

MJ: You wrote about this in the book, but it’s hard to hear the word “masculinity” without the word “toxic.” Do you think they can ever be separated?

TPB: I think yes. “Masculinity” is a weird, slippery word in the first place. It’s a set of characteristics, maybe it’s classifications. It’s technically, according to the dictionary, “anything that a man does.” Although I don’t find that a satisfying answer.

Whether we like it or not, there are ways we’ve clustered certain characteristics; we call these masculine, and we call those feminine. I know this is a paradox because I’m a trans man. But I just live with this paradox. I think all of this is constructed, and I know I’m trans. I know that I wasn’t comfortable until I transitioned and I’m happier in my body.

So for me, anything I do is my gender, right? Just like it is for anyone. But I think as I’ve matured over time, and as I’ve gotten a more sophisticated sense of self, I’ve realized my body and my sense of myself as a man is one thing, and then the complicated work of being a person in the world who deals with all the signals and signifiers and traditional ideas is another. My job and goal as a person is to try to bring those in line as much as possible. That means understanding how gender works.

TPB: I don’t think it’s a realistic goal to say, “Let’s do away with masculinity.” That doesn’t seem like a nuanced and thoughtful way to deal with reality. It’s like how you can’t do away with race. You can think that racism is toxic as it is. But I think if white people say, “I’m post-racial,” what most people are thinking is, “Well, yeah, right, that’s easy for you to be post-racial because you have all the benefits of being post-racial.” That’s not a real option.

The same thing goes for masculinity. You can’t really be post-masculinity unless your gender isn’t masculine in a visible way, and that’s a different conversation. I think if you’re a masculine-presenting person, a more meaningful—and actually, a more spiritual way of thinking of it—is a questioning energy.

Do I actually like anything about what I’ve learned about masculinity? Is there anything about the qualities that are resonant for me as a person? And if there are—great, let me keep cultivating them. If there are things that I don’t like about what I understand about masculinity, just saying “I don’t like that” isn’t going to change those things.

For example, there’s a whole chapter in my book where I am realizing that I am sexist. Which was really upsetting. But also, of course I am. We all are. So, if we don’t make it conscious—and actually really look at it in ourselves, how can [we] change it?

I understand for a lot of men right now how scary that feels, because no one wants to be identified as a “bad man.” That framing is so problematic. Because if you’re a “good man,” you set yourself up to fail because you certainly have things that you could change about yourself, like all humans. The only way to be a “good man” is if someone is a “bad man.” We’re setting a terrible binary. Most of us are complicated. And there’s a lot about masculinity, especially in terms of men who were socialized as boys, where you don’t have any say in that. Boys don’t even have frontal lobes yet.

So as an adult, you’ve got to do a lot of unlearning. Rather than this being a laborious process—”I have to do all this work just to be a decent human being”—I personally frame it more as a liberating journey toward selfhood. We can engage and ask questions and change ourselves, and that’s the cool thing about being a person.

MJ: I wonder if part of the discomfort is having an identity as a series of questions versus a series of answers.

TPB: Yeah, because the answers are ever-changing and forthcoming. Again, it’s about a binary.

I had gotten the message that if I was really a man, I wouldn’t have any questions. It would all be very clear to me. But as I was asking these questions, I came upon more and more people who had very similar questions. And more and more men I talked to who, maybe they never thought about it, but as soon as we started talking, said, “Yeah, I have all those same questions.” It’s a collective delusion.

MJ: So it’s the perfect fodder for guidelines for psychiatrists or psychologists.

TPB: Right? Yeah, totally. It’s great—I mean, I think if you’ve got a man in therapy at all, that’s a great start. And I think it makes a lot of sense. It’s a holistic perspective on what makes a person. Gender is certainly one of those things.