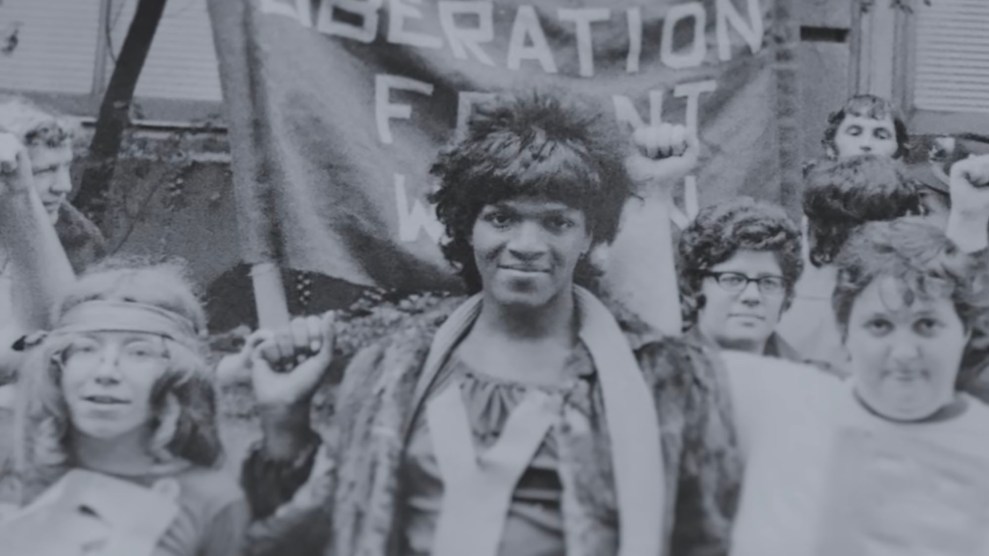 David France’s award-winning documentary, The Death and Life of Marsha P. Johnson, has ignited a firestorm of controversy since it debuted on Netflix on October 6. Allegations have surfaced that the film includes uncredited work from Reina Gossett, a transgender woman of color, filmmaker, and activist who has spent years archiving the life of Johnson, a LGBT-rights advocate who died under mysterious circumstances in 1992. The debate, as we reported Tuesday, has provoked questions over who owns the history of marginalized communities and the power in storytelling. Now, a former archival assistant who worked on France’s film over the summer of 2016 has publicly released a statement in support of Gossett’s allegations of theft.

Kamran Shahraray was involved with the documentary from June to August 2016. In this capacity, Shahraray, who identifies as gender non-conforming and uses the pronoun “they,” writes:

As someone “who knows the archives better than anyone else here” by David’s own admission, Reina’s account confirms many suspicions that had come up for me whilst going through the archival footage and research. Reina’s entire Vimeo was on the hard drives, down to the exact resolution and clip length and her name appeared throughout other materials. Based on what I have seen, undoubtedly someone at some point made heavy usage of her work and research, and to say this didn’t happen is a bold-faced lie which flies in the face of all available evidence.

Reached by Mother Jones on Wednesday morning, Shahraray said they decided to come forward after seeing a “pre-eminent, revolutionary schola[r] and activis[t] coming forward and basically having to put themselves in an even greater vulnerable position and face even greater harassment.” While Mother Jones couldn’t independently corroborate claims of harassment, the controversy has been written about widely, including in the Los Angeles Times and Teen Vogue.

Shahraray added, “At that point, I felt my only option was to come forward publicly.”

France, who identifies as white, cisgender, and queer, denied any legal wrongdoing when reached by phone about Shahraray’s claims on Wednesday morning. Furthermore, France admits that Gossett’s Vimeo channel, which consists of 19 videos, was one of several that his crew examined during the course of their filmmaking process and video from that channel may have appeared on their ledger to keep track of available footage. But he maintains that Gossett did not hold the copyright for the archival footage of Johnson that appeared on the channel and that it also appeared elsewhere. He says his team legally obtained permission from copyright holders for the footage that ultimately appeared in The Death and Life of Marsha P. Johnson.

“I’m afraid that Kamran misunderstood the process of research and documentary filmmaking,” France tells Mother Jones. “The deeper question is: Did we learn anything from finding those videos on her Vimeo page? And that answer is no.”

The broader discussion about the ethics of documentary filmmaking, particularly when telling stories of marginalized communities, is of course not new to documentarians, their subjects, or the public that consumes their work. There’s even been a push, led by documentary film theorist Bill Nichols, to impose an industry-wide code of ethics. “The history of documentary filmmaking is littered with the remains of debates of what might violate subjects or deceive audiences,” Nichols wrote for the International Documentary Association.

Casey Cipriani is a film writer who has followed debates about ethics in documentary filmmaking closely and has written about the subject previously for IndieWire. “Any time you have a historical subject where there’s information available in the form of a biography, autobiography or video footage, there’s gonna be the possibility that somebody’s going to come along and nab it before you do,” Cipriani tells Mother Jones. “That definitely comes down to who has the money and the time and the privilege to get their film made and to get script out there, and who has connections.”

France, meanwhile, stands behind his film and his process. “Can I tell the story of a person whose background I don’t share? I think as a journalist I have made it my challenge and burden to try and tell those stories with respect, with empathy,” France says. “It’s been a mission of my career to tell other people’s stories and to put in check those ideas that other reporters might [not be challenging] about themselves. Whether or not I do it right is the question I ask people to judge me on.”

Editor’s note: Mother Jones has changed the title of this piece to more accurately reflect that the film is not accused of plagiarism, but rather of uncredited use of another filmmaker’s public archive.