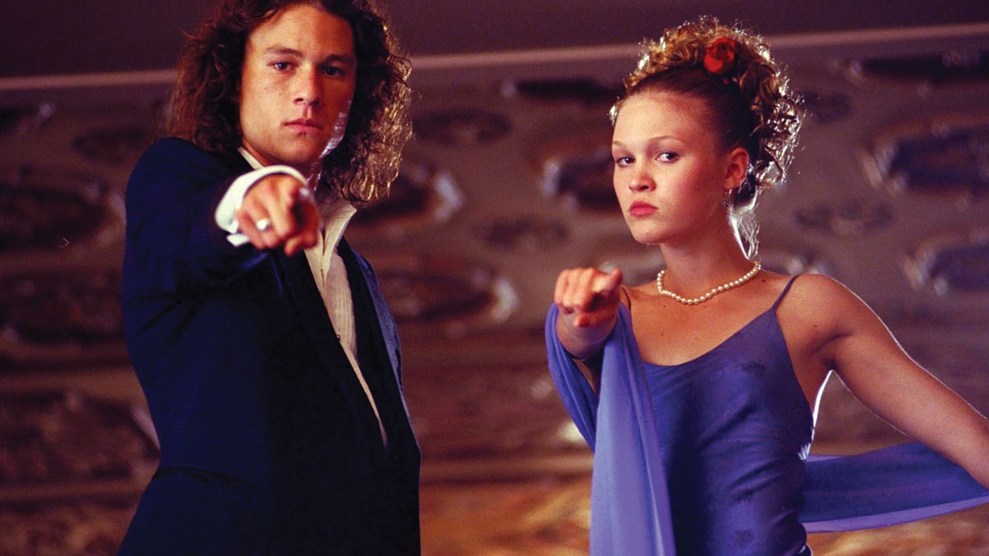 Heath Ledger and Julia Stiles in Ten Things I Hate About You.Touchstone Pictures

Do you remember how you were asked to your high school prom? (Or how you asked?) Maybe it was some cheesy romantic gesture. Or maybe it was a very informal conversation that took place near your locker between classes. Either way, it probably wasn’t documented and put online to become a viral hit. America’s prom tradition, instead of fizzling over the years, has only grown more sacred with time. From April to June, prom season reigns in high schools nationwide as juniors and seniors pair up, beautify, and ask older siblings to snag them some bottom-shelf booze to pass around at the after-party. But before party buses, $400 dresses, and hotel ballrooms were a thing, prom was just an annual dance that took place in the school gym under the watchful eye of teacher chaperones. With the season upon us, we decided to take a look back at the history of this peculiar institution.

1920s: The “democratic debutante ball” makes its high school debut. In theory, any student can attend a “promenade”—but teens of color are excluded thanks to Jim Crow and unequal access to education.

1950s: During the postwar boom, one advice book offers a warning: “Girls who [try] to usurp the right of boys to choose their own dates will ruin a good dating career.”

1960s: Despite the repeal of Jim Crow, white-only proms persist in the South.

Sissy Spacek will forever be remembered as the telekinetic teen outcast in the movie Carrie, who gets drenched in pig’s blood at prom. MGM/Red Bank Films

1974: In Stephen King’s Carrie, a telekinetic outcast terrorizes her classmates at the prom. Sissy Spacek stars in the 1976 film.

1975: First daughter Susan Ford hosts prom at the White House. “I was told that we had to choose a band that didn’t have any kind of drug charge,” one organizer recalled later. “It was pretty hard.” 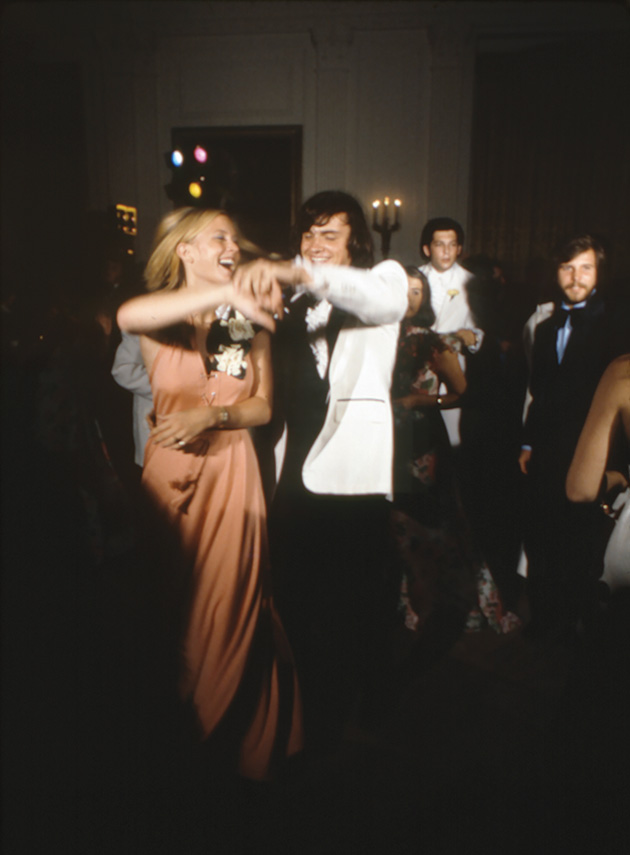 1979: Police in Sioux Falls, South Dakota, show up to protect the first openly gay couple in prom history. “Many students came over and congratulated us,” one of the boys said, despite threats to “tar and chicken feather” the pair.

1980: A Rhode Island senior sues his school after his principal rejects his request to bring a male prom date. A federal judge sides with the boy.

1994: A biracial student in Wedowee, Alabama, sues her principal and school board after they threatened to cancel prom to keep interracial couples from attending.

1997: Actor Morgan Freeman offers to cover the cost of a prom in Charleston, Mississippi, so long as all races can attend. No such luck. The city’s proms remain segregated for 11 more years.

Amy Poehler, as the obsessive mother of popular girl Regina George (Rachel McAdams) in the 2004 hit Mean Girls, snaps a shot of her daughter. Paramount

2013: A group of girls from Georgia’s Wilcox County High holds an all-inclusive prom, eschewing the segregated affairs. The school makes it official in 2014. “The adults should have done this many, many moons ago,” notes the mother of one of the girls.

2016: #promposal is the hot Instagram meme: One student gets a cop to pull a girl over and hand her a “ticket”—his prom invite. Another takes his girlfriend to a gun range, with “yes” and “no” targets set to go.

Others are more creative in design:

Thank you for the most legendary promposal in the 607??

I guess being pulled over isn’t always a bad thing