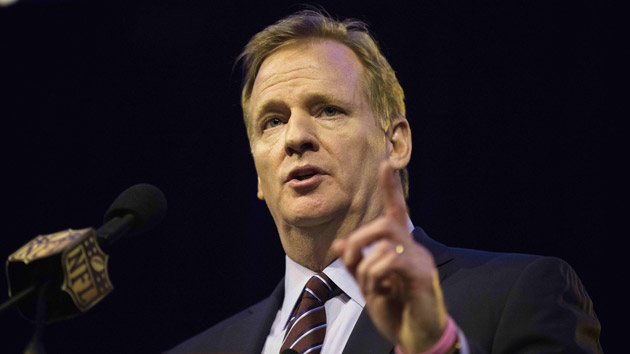 For more than a decade, the National Football League supported a series of peer-reviewed studies that concluded that brain injuries sustained during football players’ careers did not lead to long-term consequences. But a new investigation by the New York Times reports that the research omitted data from more than 100 documented concussions—and, perhaps more troubling, that the NFL had a closer connection to the tobacco industry than previously known.

While the Times found “no direct evidence that the league took its strategy from Big Tobacco,” its story lays out a series of overlapping ties between the league and tobacco giants, from hires to requests for advice. A league attorney challenged the assertion in a letter to the Times that was included in the story, writing, “The N.F.L. is not the tobacco industry; it had no connection to the tobacco industry.”

But the league didn’t stop there. On Thursday morning, the league released a statement pushing back against the Times report. The newspaper then followed up with a series of tweets refuting the NFL’s statement—after which the league responded with another statement.

Here’s a point-by-point breakdown of what the Times reported and how both sides responded to each other’s claims on Thursday:

Times on NFL’s use of flawed data: “For the last 13 years, the N.F.L. has stood by the research, which, the papers stated, was based on a full accounting of all concussions diagnosed by team physicians from 1996 through 2001. But confidential data obtained by The Times shows that more than 100 diagnosed concussions were omitted from the studies—including some severe injuries to stars like quarterbacks Steve Young and Troy Aikman. The committee then calculated the rates of concussions using the incomplete data, making them appear less frequent than they actually were.”

NFL’s initial statement: “In fact, the MTBI studies published by the MTBI Committee are clear that the data set had limitations…The studies never claimed to be based on every concussion that was reported or that occurred. Moreover, the fact that not all concussions were reported is consistent with the fact that reporting was strongly encouraged by the League but not mandated, as documents provided to the Times showed.”

(2/8) “The Times claims that the concussion studies … purposely relied on faulty …” Our article did not claim that.

(6/8) NFL says participation in study wasn’t mandated. At least one of the papers said it was, in fact, mandated. https://t.co/UFbmeA5mPg

NFL’s follow-up statement: “The studies themselves expressly noted the limitations in their work and never claimed to be based on every concussion that was reported or that occurred. The fact that not all concussions were reported is consistent with the fact that reporting was strongly encouraged by the League but not mandated, as the documents we provided to the Times showed. We nevertheless agree that these limitations could have been more clearly stated.”

Times on Dorothy Mitchell, a former legal liaison who oversaw the Mild Traumatic Brain Injury Committee, and her ties to the tobacco industry: “Before joining the N.F.L., Ms. Mitchell, a young Harvard Law School graduate, had been one of five lawyers at Covington & Burling who had provided either lobbying help or legal representation to both the N.F.L. and the tobacco industry, sometimes in the same year.”

NFL’s initial statement: “Her experience as a young lawyer working on a tobacco case (among many other cases) was entirely unknown to the NFL personnel who hired and supervised her, as well as to members of the MTBI Committee, until they learned of this proposed story.”

(7/8) “Times insinuates NFL hired Mitchell … because of experience in tobacco litigation.” Article did not say how or why she was hired.

NFL’s follow-up: “At her law firm, Covington & Burling in Washington, D.C., Dorothy Mitchell worked on a wide variety of matters, including employment matters for the League and a matter for the Tobacco Institute as a young associate. The NFL did not seek out Ms. Mitchell for employment or know that she had worked on any tobacco matter.”

Times on contact between Lorillard general counsel Arthur Stevens and former NFL commissioner Paul Tagliabue in 1992: “In 1992, amid rising concerns about concussions, Mr. Tisch—the Giants and Lorillard part owner—asked the cigarette company’s general counsel, Arthur J. Stevens, to contact the N.F.L. commissioner at the time, Mr. Tagliabue, about certain legal issues…In a letter obtained by The Times, Mr. Stevens referred Mr. Tagliabue to two court cases alleging that the tobacco and asbestos industries had covered up the health risks of their products.”

NFL’s initial statement: “In fact, neither then-NFL Commissioner, Mr. Tagliabue, the League nor its counsel ever solicited, reviewed, or relied on any advice from anyone at Lorillard or the Tobacco Institute regarding health issues.”

(4/8) “Story claims the league relied on legal advice from Lorillard and Tobacco Institute.” Our article did not claim that.

NFL’s follow-up: “Commissioner Tagliabue did not know Mr. Stevens and does not recall communicating with him prior to or after the October 20 letter. There is no evidence in an extensive review of files that Mr. Tagliabue solicited the advice, reviewed the advice or acted upon the advice. Nor did anyone else at the League ever take any action regarding health issues based on advice from Lorillard or the Tobacco Institute.”

Times on the league and tobacco industry sharing lobbyists: “Still, the records show that the two businesses shared lobbyists, lawyers and consultants. Personal correspondence underscored their friendships, including dinner invitations and a request for lobbying advice.”

NFL’s initial statement: “In fact, the League has never participated—either through its counsel of over 50 years, Covington & Burling, or otherwise—in any joint lobbying efforts with the Tobacco Institute.”

(5/8) “League has never participated in any joint lobbying efforts with Tobacco Institute.” Our article did not claim that.

NFL’s follow-up: “The NFL has worked with Covington & Burling for more than 50 years, and both the NFL and the Tobacco Institute have retained Covington & Burling at various times for lobbying services—as have any number of other companies and individuals in Washington and elsewhere. But the NFL never participated in any joint lobbying efforts with the Tobacco Institute. Regarding health and safety, the NFL retained assistance from Covington & Burling from 2009-2014 for its lobbying efforts in state legislatures to pass youth concussion laws, the ‘Lystedt Law,’ in all 50 states.”

Times on NFL’s use of the same research firm as the Tobacco Institute: “On at least two occasions in the 1970s and 1980s, the N.F.L. hired a company whose client list included the Tobacco Institute to study player injuries. The league also hired a company — for a matter unrelated to player safety—that had performed a study for the tobacco industry that played down the danger of secondhand smoke.”

NFL’s response: “The Times asserts a connection between the League and the Tobacco Institute because both hired the Stanford Research Institute (SRI)…In fact, one of the research studies the Times alludes to was jointly commissioned by the NFL and the NFL Players Association. There is no evidence that SRI engaged in misleading or inappropriate research.”

Times on former NFL president Neil Austrian: “Neil Austrian, a former N.F.L. president, had previously run an advertising agency that under his leadership reversed its ban on taking tobacco clients. He called Philip Morris ‘an honorable company that sets high standards.’ It was during his tenure at the N.F.L. that the concussion committee was created.”

NFL’s response: “Mr. Austrian had no involvement with the MTBI Committee during his tenure at the NFL. Mr. Austrian was responsible for the business entities of the league.”

Times on Joe Browne, the NFL’s former senior vice president of communications: “When Congress was considering legislation that dealt with when a team owner could relocate a franchise, Joe Browne, a league official sought lobbying advice from a representative of the Tobacco Institute. ‘I would like to take the opportunity to sit down and discuss this bill with you further,’ Mr. Browne said in a 1982 letter to the institute’s president, Sam Chilcote.”

NFL’s response: “The Times implies that there was a nefarious relationship between Joe Browne and Sam Chilcote. In fact, Joe Browne (then NFL SVP of Communications) built a personal relationship with Sam Chilcote while Mr. Chilcote was at the Distilled Spirits Council in the 1970s…Mr. Browne contacted Mr. Chilcote in 1982 for some advice as someone he knew in Washington, DC about a subject completely unrelated to tobacco, concussions, or any player-related or medical issue. We have seen no evidence—from the Times or otherwise—that demonstrated their relationship had anything to do with tobacco or NFL health and safety.”