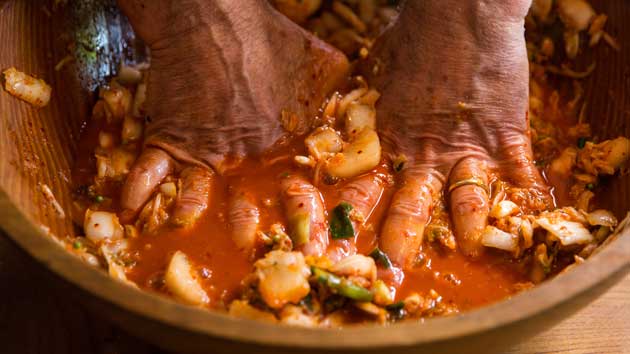 Michael Pollan attempts the alchemy of fermentation and makes his own kimchi.Photo provided by Netflix

“Fire,” the first episode of a new docuseries called Cooked, opens with sweeping shots of a barren landscape in western Australia, dotted with huge, roaring fires. At dusk, Aborigine families gather around the flames to roast bush turkeys and goannas—a large Australian lizard—beneath the glowing embers. A mother baptizes her toddler in the smoke as it rises.

The four-part docuseries that premiered on Friday is based on the New York Times best-selling book Cooked. Its author, science writer Michael Pollan, has built an empire writing books (The Omnivore’s Dilemma, In Defense of Food, Food Rules) that argue Americans should eat simple, home-cooked foods. Each episode in the Netflix series is inspired by the four elements used to transform raw ingredients into food—fire (barbeque), water (braising), air (bread making), and earth (fermentation). Each episode has a different director and follows the everyday cooks profiled in Pollan’s book, as well as the writer’s own culinary quests.

In “Fire” we meet Ed Mitchell, the pit master from North Carolina who grills hogs on the barbeque with techniques passed down from his great-grandfather, and we watch Pollan attempt to create a whole-hog cookout himself. Later, in the Earth episode, Noella Marcellino, a nun in Connecticut with a doctorate in microbiology, separates curds and whey in a large wooden barrel to make cheese.

Pollan’s prolific body of work asks readers to question what and how much they eat. (On an Inquiring Minds podcast in 2014, he argued that the Paleo diet is nowhere near how hunter-gatherers actually ate.)

But Cooked is different. Instead of evangelizing about which foods to eat, Pollan urges us to prepare our own.

“I’m hopeful that there will be a renaissance in cooking,” Pollan says in the series. “If we’re going to cook, it’s going to be because we decide we want to, that it is important enough to us, pleasurable enough to us, necessary enough to our health and our happiness.” 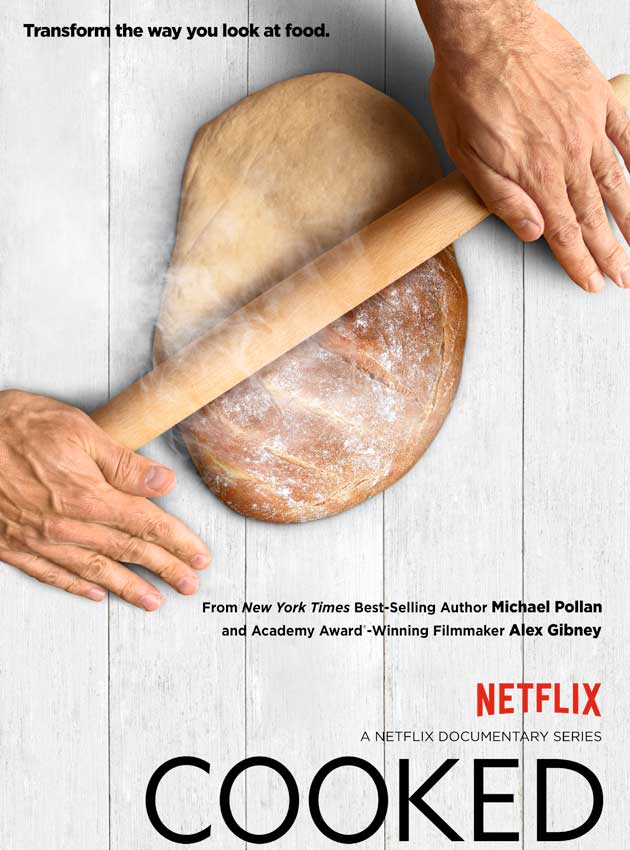 Much of the information presented in the Cooked Netflix series won’t be new to foodies who follow Pollan’s work. It touches on the rise of industrialization and processed food, the beneficial gut microbes that thrive when we eat fermented food, and the importance of eating meat that came from ethically treated animals. However, even viewers obsessed with health food trends will be seduced by the series’ vibrant scenes, which provide a glimpse of how cultures around the world make—and break—their proverbial bread.

We’re told that the United States spends less time on cooking than any other nation in the world, and Pollan stresses that “time is the missing ingredient in our recipes and in our lives.” Yet the series doesn’t offer viewers detailed advice about how to increase how much they cook. Cooked offers only a few general tips, such as doing meal prep on Sundays.

Pollan got blowback for an essay he wrote in the New York Times in 2009 that suggested that Betty Friedan’s 1963 The Feminine Mystique got women out of the kitchen and was linked to the decline of home cooking. In Water, the episode that addresses the realities of processed foods and the restaurant industry, Pollan and director Caroline Suh said they were careful how they approached the issue.

“The collapse of cooking can be interpreted as a byproduct of feminism, but it’s a lot more complicated and a lot more interesting than that,” Pollan said in an interview. “Getting it right in the film took some time, but it was important to tell the story of the insinuation of industry into our kitchens, and show how the decline of cooking was a supply-driven phenomenon.” 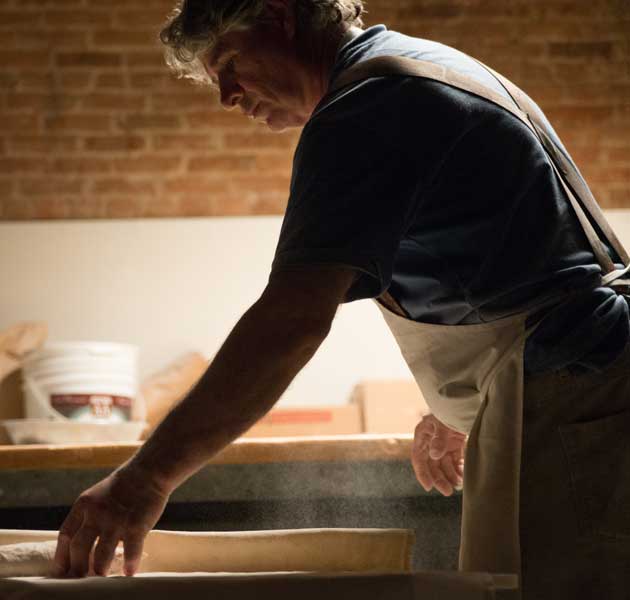 Whether it’s men or women who wear the apron, the message of Cooked is clear—we should make home-cooked meals a habit, for our bodies and for our souls.

Jessica Prentice, author of Full Moon Feast and coiner of the term “locavore,” once wrote that if someone cannot drive we find it incomprehensible, yet if someone admits to not knowing how to cook, we see it as normal.

Cooked aims to get us back in the driver’s seat.

“Is there any practice less selfish,” Pollan asks in Cooked, “any time less wasted than preparing something nourishing and delicious for the people you love?”