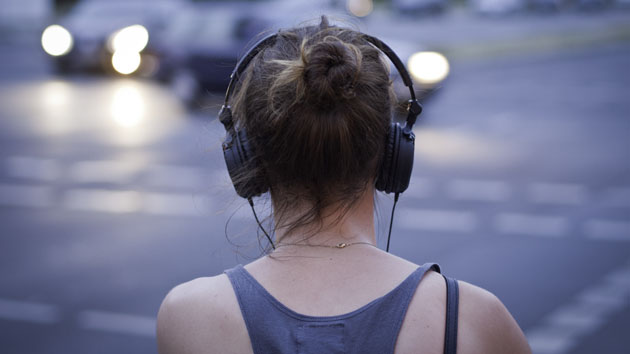 Ah, the holidays—more time to binge on your favorite TV shows and catch the midnight showing of the new Star Wars flick. Or maybe instead you’ll want to close your eyes and sink into the latest media craze: podcasts. Pull out your phone right now and you’d find hundreds of thousands of shows to choose from. Nearly a third of the podcasts currently listed on iTunes launched after June 2014, the month that marked the release of Serial, the hugely popular murder mystery series hosted by Sarah Koenig. While it quickly shot to fame and attracted more listeners than any podcast in history, Serial isn’t the only smart, timely audio show out there. Here are some of our favorite lesser-known podcast gems of 2015:

Whistlestop. Hosted by political wonk John Dickerson—the all-star moderator of the second Democratic debate—Whistlestop is an antidote to the head-splitting news coverage of the desperate race for the 2016 Republican presidential nomination. Dickerson, a veteran political correspondent for Slate and the new host of CBS’ Face the Nation, takes his listeners deep into campaign history, from JFK’s struggle to convince voters to look past his religious identity to the worst answer to the question “Why do you want to be president?” in history. Whether it’s the historical precedent for Donald Trump or the rise of talk shows mirroring today’s rise of social media, the electoral politics of yesteryear put today’s presidential race in context.

Reply All. One of several shows recently launched by industry newcomer Gimlet Media, Reply All explores the culture of the internet through stories of human greed, mischievousness, vulnerability, regret, kindness, and wonder. Why are there so many fake historical photo accounts on Twitter? What’s it like to navigate online dating as an Asian woman? How do you delete a sent email? Hosts PJ Vogt and Alex Goldman, both former staffers at WNYC’s On the Media, play resident ecologists of the internet, pointing out the treasures and travails of the age of technology. This show isn’t just for Reddit dwellers or the Twitter-obsessed, but for anyone who’s grown accustomed to living in the digital age.

#GoodMuslimBadMuslim. Comedian Zahra Noorbakhsh and writer and activist Tanzila “Taz” Ahmed used to tease each other about which one was the “bad Muslim.” Noorbakhsh drinks, eats pork, has sex, and prays. Ahmed shuns alcohol and pork but rarely prays. Walking a fine line between “good” and “bad”—both in Muslim communities and in post-9/11 America—Noorbakhsh and Ahmed host laughter-filled, unvarnished conversations about politics, pop culture, and Islamophobia. With anti-Muslim sentiment prominently on display in the wake of the attacks in Paris and San Bernardino, California, Noorbakhsh and Ahmed’s candid conversations are a much-needed breath of fresh air.

99% Invisible. Still going strong after five years, this curious podcast zooms in on the unassuming objects in our lives that we rarely give a second thought. Radio host Roman Mars reveals the hidden stories behind neon lights, a 90-year-old building in New York, silly putty, the couch where Sigmund Freud saw his patients, and barbed wire (a.k.a. “the Devil’s rope”). Mars has such a loyal following that he holds office hours at a local cafe where his admirers can ask him about his work. At one of those gatherings, he told a young journalist that he chooses the stories based on what he’d want to tell people at parties. So if you’re searching for conversation fodder for your family reunion, look no further.

The Mystery Show. Self-styled detective and radio host Starlee Kine investigates the little ordinary mysteries that bug us—the origins of a childhood treasure, a confounding lunchbox illustration, or the exact height of actor Jake Gyllenhaal. In the short time it has been on the air, this Gimlet Media creation has made its way into the Top 20 most popular podcasts on iTunes. As Kine says in one episode, “If you have a mystery,” (no matter how small), “you carry it with you always.” That is, until Kine shows up to break the case wide open.

Another Round. Another pair of sharp and charismatic ladies talk about race, culture, politics, feminism, identity, and life in this weekly show. Fueled by booze and bad jokes, hosts Heben Nigatu and Tracy Clayton—two black women writers for Buzzfeed—interview everyone from comedians and mental health professionals to cultural and political heavyweights like Melissa Harris-Perry, Ta-Nehisi Coates, and Hillary Clinton. Nigatu and Clayton are always entertaining, and they offer a break from the usual string of white, male voices. The A.V. Club writes that they “have very quickly established themselves as funny and insightful hosts, bringing their infectious personalities to conversations that range from squirrels to self-care to microaggressions in the workplace.”

Gravy. Yankee radio journalist Tina Antolini presents portraits of the changing American South through the lens of food. In one recent episode, Antolini zeros in on the cuisine at the Kentucky Derby—not the food served to the spectators, but the food eaten on the go by the stable workers, most of whom are from Central America. One week, Antolini talks to a struggling Louisiana fisherman. Another week, she reflects on fried chicken, at once an iconic comfort food and an ingredient for a hateful racial stereotype. Antolini navigates questions of changing demographics and economic power through heartfelt tales of home-cooked meals. Warning: Do not tune in on an empty stomach.

Guys We Fucked. Originally banned by iTunes for its racy title and now listed as one of its top five comedy podcasts, each episode of Guys We Fucked showcases a running, profanity-laced conversation between two female comedians and their guests, who have included Daily Show co-creator Lizz Winstead, sex columnist Dan Savage, and adult film star and writer Stoya. Dubbed “The Anti-Slut Shaming Podcast,” Guys We Fucked is on a mission to reclaim female sexuality. Even though it’s a comedy show, it has ventured into taboo subjects like pedophilia, sex work, and sexual violence. Creators Corinne Fisher and Krystyna Hutchinson describe their target audience as people who are “ready to stop living a suffocated, shame-filled bedroom life.”

The Specialist. The brainchild of KALW public radio in San Francisco, The Specialist offers brief glimpses into jobs we don’t think about and the lives of those who do them. In one particularly fascinating episode, host Casey Miner interviews the women of Comb it Out, a California hair salon dedicated to removing lice from the scalps of their unlucky hosts. In another, she interviews a woman in charge of preparing food for zoo animals. The episodes are short but engrossing, offering windows into the most obscure sectors of our economy.

Death, Sex, and Money. Pop quiz: What are the three things you’re not supposed to talk about at the dinner table this holiday season? Hint: You’ll find them in the title of WNYC’s second most popular podcast (after Radiolab). Through intimate interviews with celebrities and everyday people, host Anna Sale, whom Vulture has called the most likely successor to Fresh Air’s Terry Gross, delves into subjects like why people don’t have sex and how you get elected coroner.

The Thomas Jefferson Hour. Humanities scholar Clay Jenkinson is a Jefferson expert and has been impersonating the nation’s third president for more than 30 years. Producing The Thomas Jefferson Hour from inside a converted farmhouse in North Dakota, Jenkinson answers listeners’ questions in the voice of Thomas Jefferson, based on the former president’s writings and actions in life. When Mother Jones asked what would most disturb Jefferson about our society today, Jenkinson replied in character, saying he was terrified by “your national debt, your capacity for violence, including war, but also domestic violence.” Jenkinson’s TJ is more than just an entertaining impersonation. It’s a vehicle for discussing political theory and the values that shaped our nation—both for the better and for the worse.

Startup. This show documents the origin story of Gimlet Media, founded by Alex Blumberg, former host of NPR’s Planet Money. Blumberg left the public radio world—one of many defectors joining the podcast movement—with the goal of starting his own media company, which he hoped would become the “HBO of podcasting.” As he embarked on this new adventure, Blumberg turned the microphone on himself, his wife, and his co-workers. The result is a trying story of the emotional up and downs of starting one’s own business.