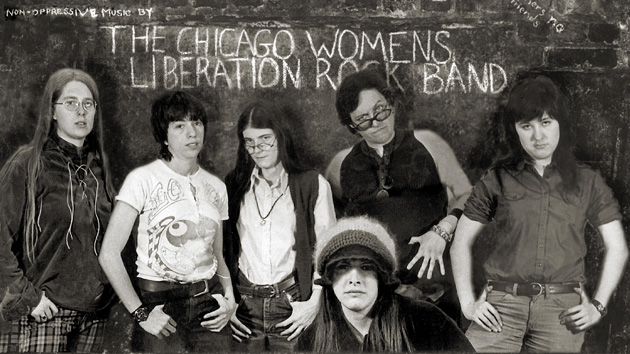 Most schools teach the basics of the women’s rights movement—the fight for suffrage, Roe v. Wade, and the Equal Rights Amendment—but what about the spunky ladies behind WITCH (the Women’s International Terrorist Conspiracy From Hell) or the first national “Ogle-in” in 1970, when women turned the tables of street harassment by catcalling male brokers on Wall Street?

While voting rights were key for the first wave of feminism in the late 19th and early 20th centuries, reproductive rights took center stage during the second wave of the ’60s and ’70s, as women fought for better access to contraceptives and safe abortions. “She’s Beautiful When She’s Angry,” a new documentary that will have its Bay Area premiere on Feb. 6, explores some of the second-wave movement’s lesser-known moments.

The 92-minute film hones in on the complex and sometimes wild history of the women’s struggle between 1966 and 1971, using archival footage and interviews with a diverse cast of activists. Some memorable voices in the film include a co-founder of the National Organization for Women (NOW), which fought to legalize abortion and end discriminatory employment practices, as well as a member of the Furies, a short-lived lesbian separatist group in Washington that shunned men. “I wanted to do a film that was in your face and maybe even rude, because that’s how the women’s movement was,” says director Mary Dore, who interviewed dozens of women activists from the era. “You don’t make change by being polite and folding your hands—it doesn’t work that way.”

Dore spoke to Mother Jones about feminism’s FBI informants, man-hating, and some of the challenges faced by the women’s movement today. Check out the trailer for the film:

Mother Jones: What was life like for women activists during the late 1960s? What inspired their activism?

Mary Dore: It’s extremely hard for people who didn’t live through it to know how prejudiced it was. [Journalist] Ellen Willis told me that an amazing part of the women’s movement for her was actually starting to enjoy the company of other women, because basically that was something that hadn’t been done. Women didn’t go out unless they were on a date, that’s how they were expected to live. [Writer and activist] Alix Kates Shulman talked about how when she was in college, if you weren’t engaged or married by the time you graduated, there were humiliating rituals. It’s not just that jobs were segregated. Women were essentially treated like infants.

On the FBI spying on feminist groups: “It’s amusing and ironic because women couldn’t be FBI agents, but they were still a danger. The contradictions are hilarious.”

MJ: I had no idea that second-wave feminism also took up the cause of protesting the US government’s policy of forced sterilizations for women. Can you talk more about that?

MD: That was something they figured out pretty early because a lot of the women’s movement—and many of them were white—were very active around race issues, particularly because a lot of them came out of the Civil Rights Movement. Around the country, there was a huge campaign to sterilize women on welfare, particularly black women. Some of them would be forced to say they would be willing to be sterilized if they wanted to keep their welfare payments.

MJ: Many facts in the film were new to me, like how President Nixon vetoed a comprehensive child-care bill because he said it too closely mirrored child-rearing practices in the Soviet Union, or how the FBI sent informants to spy on women’s consciousness groups.

MD: It’s amazing, isn’t it? Before I started my research, I didn’t know about the child-care bill being passed. It’s been erased from history. It was such a remarkable achievement, and it also completely destroys the stereotype that women who were interested in the women’s liberation movement didn’t care about children. They came so close, and we’ve never come within an inch of it since.

And they [the FBI] had spies in every progressive group. Still, it was particularly surprising because the women’s movement was revolutionary but certainly not violent, though it was threatening to them because they were doing these very militant acts. It’s amusing and ironic because women couldn’t be FBI agents, but they were still a danger. The contradictions are hilarious. 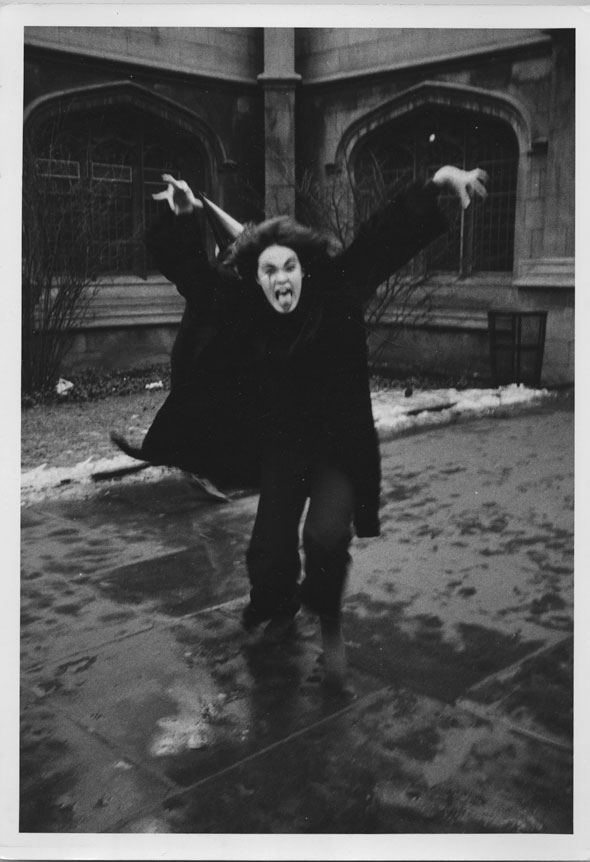 A member of the Women’s International Terrorist Conspiracy From Hell (WITCH) in full costume for a demonstration. Jo Freeman/Courtesy of Mary Dore

MJ: Some feminists have criticized the second wave for being too straight and too white, and for failing to include the voices of women of different races and sexual orientations. How did these tensions play out during the ’60s and ’70s?

MD: The women’s movement and the black liberation movement grew up at the same time, post the Civil Rights era, when separatism was the norm. For black women in the film and others I’ve spoken to, it was a very tricky time because they were expected to have two allegiances and there was pressure on both sides. I’ve always found it confounding that the women’s movement is considered so racist when at least half the women in the film, maybe more, were actually in the Civil Rights Movement. They were not ignorant about race. Of course, there were issues of privilege. Some of them were advanced and mature on the race issue, but there was some huge naivete, thinking that the issues of class and race were not so important, and that was wrong.

“The women’s movement had no bandwidth—no money, no press. They did a lot of outrageous things so other women would even know about them. You don’t need that now.”

MJ: The role of men also seemed to be a source of disagreement. You highlight the Furies, a collective of gay women who were trying to prove that women could live happily without men. And in another scene, activist Alice Wolfson says the Furies went too far by forbidding her from bringing her infant son to a meeting—they deemed him “the enemy.”

MD: That hostility was certainly in some people but not the vast majority. Many of the women in the film were married and stayed married. It’s hard to believe, but they did. Obviously men changed enormously during that period. There were always men who were allies, and a lot of these men started taking care of their children. Particularly in NOW, which was a little more conservative, some of the members and leadership were men. The Furies were toward the end of the period I’m covering, when things were getting more polarized. Every movement overreaches at a certain point, every movement makes mistakes. I don’t want to condemn them because I didn’t live through what they lived through.

MJ: Your film makes clear that the battle for equal rights isn’t over. But strategies for organizing and activism have changed since the ’60s, with fewer marches and protests. Do you think feminists should try to return to their roots?

MD: It’s a different era. In the late ’60s and early ’70s, not everybody had to have five jobs to pay their rent bills. People now are really facing financial burdens, whereas you could be a poor person back then and have a lot more time for activism. And it was also being discovered for the first time so there was an enormous amount of elation. Many of the people in our film practically had no straight jobs, they just organized all the time because they were caught up in this tornado of awareness and a sense of accomplishing something great. Part of the reason the women’s movement did so many events was because they had no bandwidth whatsoever—no money, no press. They did a lot of outrageous things so other women would even know about them. You don’t need that now.

For me, marches are uplifting because you’re not alone and you feel the power of many people sharing your ideals and working on them. That doesn’t mean the online stuff of today isn’t valuable and infinitely more efficient than mailing newsletters around with snail mail. The new generation of feminists are going to figure it out for themselves and they’ll make their own successes and they’ll make their own mistakes.

You can find a screening of the film in your city here.