As of February 6, the Centers for Disease Control and Prevention has counted 121 reported measles cases this year in 17 states and Washington DC. Of those, 103 (85 percent) are linked to the outbreak that began at Disneyland in December. And the cause of this resurgence of a disease that until recently was considered licked in the United States? All evidence points to parents refusing to vaccinate their children.

At least some of those parents, though, are happy to inoculate their children with anti-vaccine sentiment. There’s a whole ouevre of anti-vax fiction for kids, and some of it takes a pretty, well, creative approach—zombies! shape-shifting aliens!—to advancing ideas about the danger of vaccination. Some of the books include claims about links between vaccines and autism that have been repeatedly and conclusively proven false by science.

Here are a handful of examples, rated on a scale of 1 to 5 syringes (5 being the most explicitly anti-science):

Summary: A little girl named Tina learns that her best friend Melanie is out of school with the measles. Melanie is vaccinated, but Tina’s parents decided not to vaccinate her after her little brother “was very sick” from his shots. Tina’s mother assures her daughter that measles make the body stronger, and they go to Melanie’s house so Tina can get the measles, too. Another (vaccinated) classmate ends up catching measles from Melanie, who eventually recovers, but Tina doesn’t contract the disease, because “she eats lots of fresh, raw food, and also because she plays in the sunshine daily and drinks plenty of water.”

Excerpt: “Tina heard Jared tell Travis, the boy beside him, that he wouldn’t get the measles because he had been vaccinated. Travis said that he wasn’t vaccinated, but didn’t mind, until Jared then told him angrily, ‘Well, you’re going to die if you don’t get vaccinated.’ Travis thought about this for a minute and said to Jared, ‘Well I know that isn’t true because I haven’t had any vaccinations and I am still alive.’ Jared didn’t know what to say to that!” 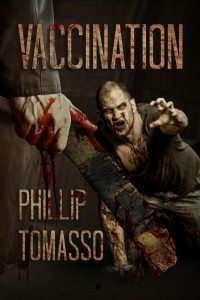 Summary: The federal government mass-produces a swine flu vaccine that turns recipients into zombies. A 911 dispatcher who has foregone the vaccine must find a way to save himself and his two kids. Escaping to Mexico might be their only chance.

Excerpt: “They’re not dead though. They look it. But they’re not. Their bodies will continue to decay, but they’ll keep going, keep coming after you, keep eating until they just can’t do it anymore. They get all dumb, and forget how to do things, but not how to eat. They remember that. And how to run. My God, they’re fast. So, so fast.”

“Who?” he laughed. “All of them. Everyone who got the vaccination.”

“What vaccination?” I asked.

“For the flu. Aren’t you listening to me?” 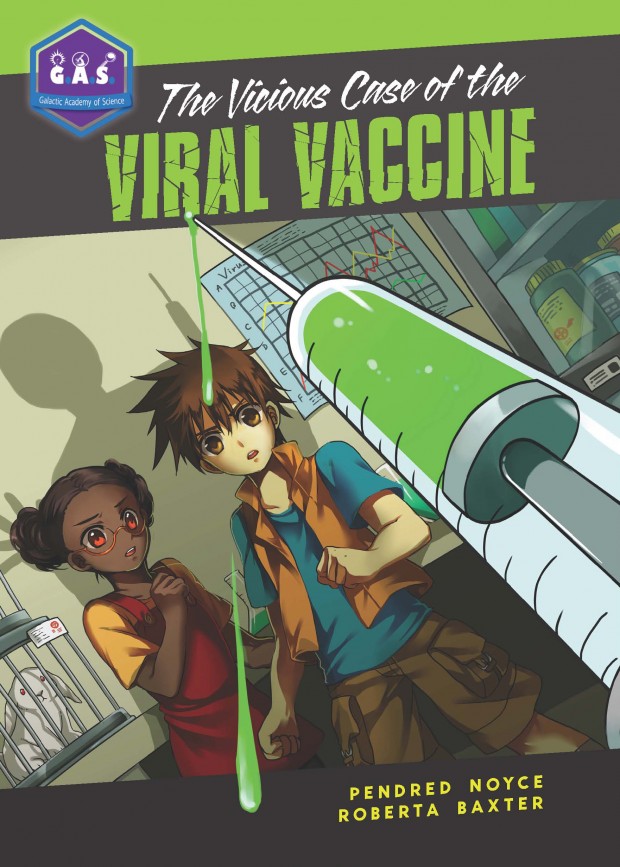 The Vicious Case of the Viral Vaccine (2013): Mae, the daughter of a research nurse, believes the new Universal Flu Vaccine is safe, but her classmate Clinton isn’t so sure. As protests against the vaccine heat up, Selectra Volt, Dudette from the Future—a time-traveler—sends them on a mission to go back in time and see how vaccines were developed. On their journey, they visit the likes of Louis Pasteur and Jonas Salk, creator of the polio vaccine. They must return to the present in time to uncover a plot against the new flu vaccine.

Mae clutched her current events report and looked out at the class. “It won’t. My mother worked on this vaccine. and it’s safe. Only crazy people think it isn’t.” 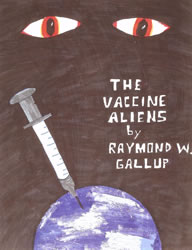 Summary: A son develops autism after getting the Measles-Mumps-Rubella vaccine. The father then discovers that in addition to causing autism, the MMR vaccine is part of a plot by shape-shifting aliens to destroy the human race.

Extra: Author Raymond Gallup is the president of the Autism Autoimmunity Project. In 2002, he wrote a letter on the anti-vax site VaccinationNews responding to a Time magazine story headlined “The Secrets of Autism.” In the letter, he alludes to some of the sinister themes of his book, claiming that “the medical community and government health officials avoid the vaccine/autism link of the MMR vaccine.” 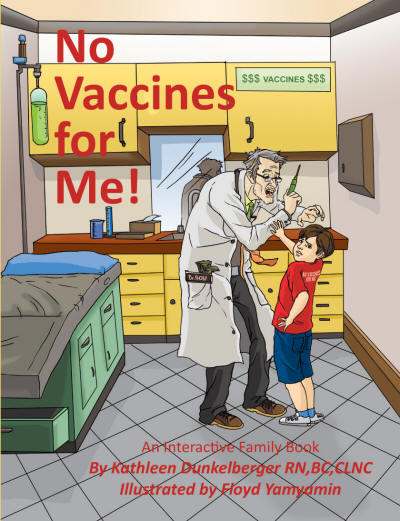 Summary: This “interactive family book” is written by Kathleen Dunkelberger, a registered nurse. It’s a collection of illustrated stories that go through the history of vaccines, their ingredients, potential dangers and side effects (including autism), government connections to the pharmaceutical industry, and more.

Excerpt: “Babies and kids don’t always need shots. Many doctors and nurses know this now, but there are still some who will try to give these shots to all people of all ages. They sometimes try to give them to children in school. These shots are called vaccinations (vax-sin-nay-shuns). Vaccinations can be given as a shot, a liquid to take in your mouth, or as a spray mist up your nose.”