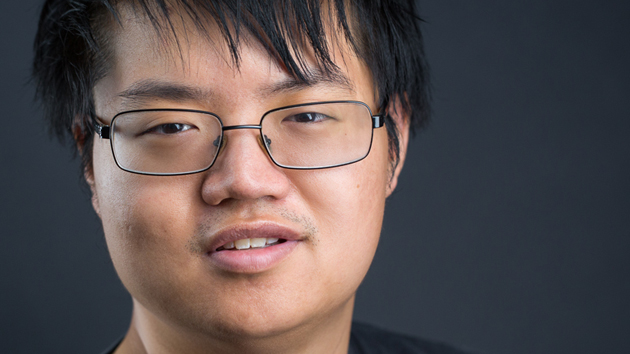 Like Disney and the WWF, the game show Jeopardy! has its villains—or at least one, in the form of Arthur Chu, the 30-year-old Cleveland native who took home nearly $300,000 after winning an 11-game streak and seemingly pissing off half of America. How? His sins ranged from “pounding the bejesus out of his buzzer” to skipping wildly around the board in search of Daily Doubles, setting longtime viewers’ heads on fire. The “Jeopardy! bad boy” has continued courting controversy since his February appearance with a number of provocative essays on race and gender issues. He’s recently had a lot to say about Gamergate, a fierce debate going on in the world of video games over issues of diversity and harassment of women. I talked to Chu right before his Jeopardy! return in this week’s Tournament of Champions.

Mother Jones: So how does one study for Jeopardy?

Arthur Chu: A lot of flashcards. There’s a whole online community where people archive clues from the past. Since I talked about using that, I think they’ve started writing the show to make it harder.

People say Jeopardy! is getting “dumbed down” because there are more pop culture questions. I think it’s the opposite. There’s only so many classic operas you can study. For pop culture, you have to actually watch the shows. There’s one every week! It’s much harder.

AC: The thing about being a lifelong gamer is that my eye-to-hand reaction time is faster than average. I actually went on a website that tests your reaction time and verified this to my satisfaction.

I knew Ken Jennings loved to buzz in and then start to try to figure out the answer after buzzing. Ken’s very smart, but that’s a little too dangerous for me. Jeopardy! is won partially by keeping your mouth shut when you aren’t sure, so you don’t lose points by getting something wrong.

Really, when you practice watching the show, you should practice reading ahead of Alex’s talking so that by the instant he’s done talking, you’ve digested the question and decided whether you know it or not.

MJ: The times you’ve played, were there any categories you just dreaded, and prayed they wouldn’t come up?

MJ: Switching topics to another kind of gaming, the Gamergate debate is clearly on some level a backlash to demands for better diversity in video games. But a lot of gamers say the lack of female lead characters in games—or brown characters, queer characters, and so on—simply isn’t a problem that needs fixing.

AC: You hear a lot of this. “Why are you dragging real-life politics into cyberspace? I go to gaming to get away from real-life issues.” For a lot of geeks, gaming is all about stripping who you are completely and entering this imaginary space, this world that’s made for you, where winning and losing have nothing to do with real life. They try to argue that representation in games has not been an issue because nobody is really themselves in a game; it’s all just avatars. They’re not seeing the many ways in which that’s not true.

This is a conversation that we’ve needed to have for a long time. And now it’s being dragged into the open.

MJ: So why are we having this conversation now?

AC: From the beginning, the internet has been dominated by white men. So if you wanted to be a part of the internet and you weren’t a white man, you had to adapt yourself to their world. It became normal for women on the internet to adopt gender-neutral or male screen names. If you’re not white, you didn’t talk about your background. It became normal to subsume yourself into a generalized American identity.

We’ve sort of reached a tipping point where people are tired of that. People are saying, “Look, I’m gay”—for instance—”and being gay is important to me and I’m going to talk about it and I’m not going to just sit here and pretend that the many little ways you take a crap on my identity don’t matter.”

MJ: I’ve noticed that the vast majority of people supporting Gamergate online are using anonymous avatars, while a lot of the people they’re piling on to are writing under their real names.

AC: It’s part of the whole idea that the internet is just “for lulz,” that the internet’s not real. Look at 4chan culture, which is the ultimate version of shedding your IRL [in real life] identity—you don’t even keep a consistent screen name from thread to thread. That’s very important to them, this belief in the possibility that what I do online is completely separate from who I really am.

MJ: Do you have any empathy with the young men who are the bulk of this movement, who, whether they realize it or not, are pretty clearly grappling with some gnarly issues of identity and change?

AC: Oh yeah, I do. I think I’ve tried to be open about the fact that I’ve changed a lot. As an early adopter of the internet, I’ve changed as the internet has changed, and I regret a lot of the things that I used to believe or used to do.

AC: For example, in college I was known as Mister Reasonable Neutrality, always trying to find the middle, to be “rational.” And now that’s almost a cliché—that annoying guy on the internet who insists on playing devil’s advocate, on having a “rational debate,” insisting that emotions are always wrong or biased.

AC: The joke when I was a teenager was, “Someday you’ll all be working for me.” Being a nerd meant being good with computers, book knowledge, and data, and being bad with people. So the idea was that if you got really good at working with things and manipulating objects, you’d reach a point in life where you wouldn’t need people to like you. You’d win purely by merit. There’s nowhere on Earth where this is actually true, but there’s people who believe that.

That’s why so much of nerd culture involves these power fantasies full of magic—literally reshaping the world through thinking about it—and superheroes with super abilities. It’s also why a lot of the people in geeky subcultures gravitate towards libertarianism. There’s a strong ideological belief in wiping out “politics,” because politics means having to interact with people, and negotiating with people who have different interests.

MJ: So you know a bit about being on the receiving end of a lot of online hate. Most of us will never experience anything like this. What was it like?

AC: I’m glad it happened the way it did. I became a C-list celeb for being controversial. I’m the guy everybody hates. I’m the villain. I thought, I can embrace that.

Every time I write an article, it’s like, I’ve already been the “most hated man in America” for this really dumb thing. How could it get any worse if it were for something I actually believe? I’ve got the money already from being on this stupid game show. The limelight is an unexpected bonus. If I use the limelight to make people like me for a fake image of me, abandon these things I was so passionate about back when it was just me writing to a bunch of my friends on Facebook, then what kind of a person am I?