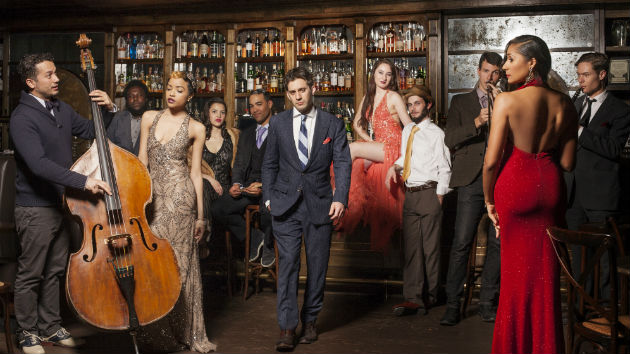 The Postmodern Jukebox collective was founded by Scott Bradlee, center. <a href="http://www.studiowebber.com/about/">Michael Webber</a>

Ever wonder what Miley Cyrus might sound like if it were written and recorded in the 1950s? Or what Pitbull and Kesha’s “Timber” would be like if it were produced at the height of doo-wop? Lady Gaga transposed to the ’40s? Daft Punk done by Irish tenor singers? A Motown tribute to Nickelback? Lorde’s “Royals” sung by a talented clown? “Blurred Lines” converted into a bluegrass dance tune?

Postmodern Jukebox’s “alternate history of pop music” has all that, and much more. For instance, check out the group’s recent cover of Guns N’ Roses’ “Sweet Child O’ Mine,” featuring Miche Braden—in the style of New Orleans blues:

“Before things took off on YouTube, I was a jazz pianist,” says Scott Bradlee, the group’s founder. “When I moved to New York when I was 24, I did the thing all musicians do, played clubs and so on. I had all these ideas in my head since high school, like when would I take classic rock and made it ragtime. I was probably the only kid in my high school who really liked ragtime. I wanted to find a venue for that kind of experience. I didn’t find it in jazz clubs—I found it on YouTube.”

Bradlee and this retro collective of musicians and singers (which includes Bradlee’s girlfriend, Robyn Adele Anderson) has officially operated under the banner of Postmodern Jukebox for about a year. (You can find their new album, Twist Is the New Twerk, on iTunes.) Their vintage reinterpretations of popular pop and rock tunes gets them millions of views on YouTube, and landed them a gig on Good Morning America.

PMJ aims to post new videos to YouTube weekly, every Tuesday. Most of them are shot and recorded in the living room of Bradlee’s one-bedroom New York City apartment. “We want the viewers to feel like they’re sitting on the couch watching us,” he says. The videos take an average of two-and-a-half hours to shoot, and editing typically occurs over the next couple of days. When Bradlee arranges the band’s covers, he usually starts out by jotting down his experiments in what he calls his “chicken scratch handwriting that musicians I’ve worked with for many years can understand.” He alters the chord progressions, riffs, and rhythms to fit the era’s sound. 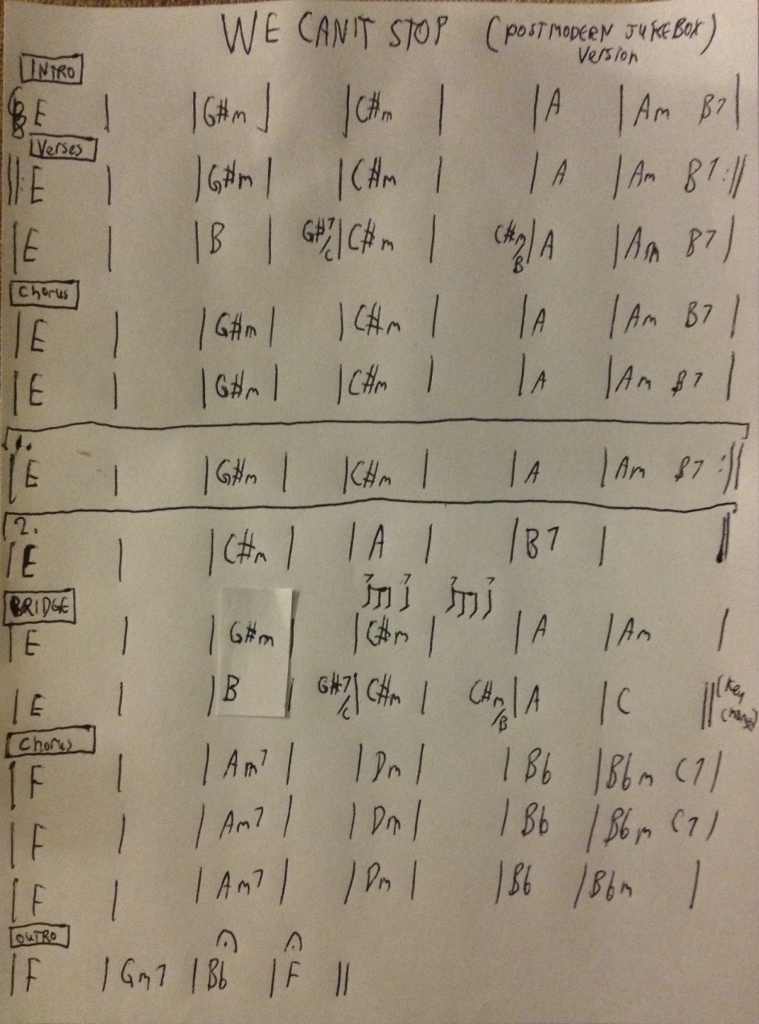 And here’s how Bradlee converted the classic riff from “Sweet Child O’ Mine” into New Orleans sizzle: 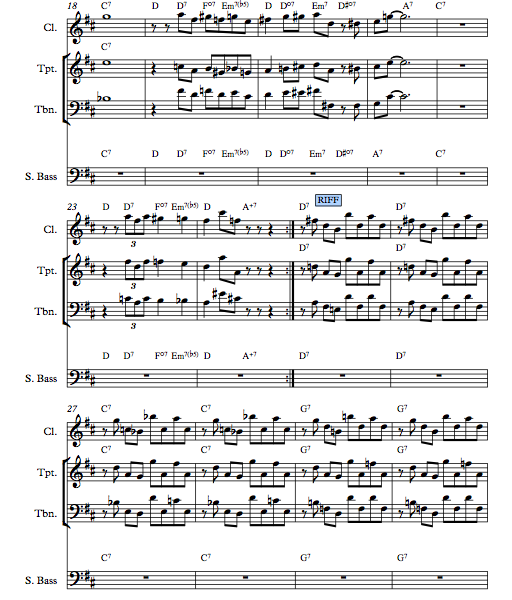 This is going to be a very busy year for Postmodern Jukebox, Bradlee promises. He and the gang hope to get more into traditional touring. As for the group’s fans, his only request is that they keep sending their suggestions and their love. “The fan mail we receive, from people who have these great stories, or are maybe going through some tough times, who say how our music brought them some joy, that’s been incredible,” Bradlee says. “And seeing high school kids [on YouTube] doing covers of our covers. It’s things like that are most impactful.”