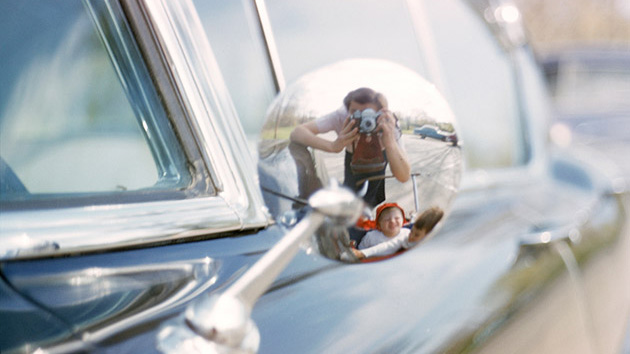 If you open up Vivian Maier: Self-Portraits seeking answers as to who she was, prepare to be disappointed. Even when Maier turns the camera on herself, she doesn’t offer much.

In death, as in life, Maier left few clues about who she was, why she pursued photography, or what she was thinking. Four years after her death, and six years after the discovery of her photos (which author Alex Kotlowitz wrote about for Mother Jones), very little is known about her. She was born in New York in 1926, worked as a Nanny in Chicago, and died in 2009. She spent her life compulsively taking pictures. Most of those who knew her never even realized she was a photographer. Then again, she may not have considered herself a photographer. 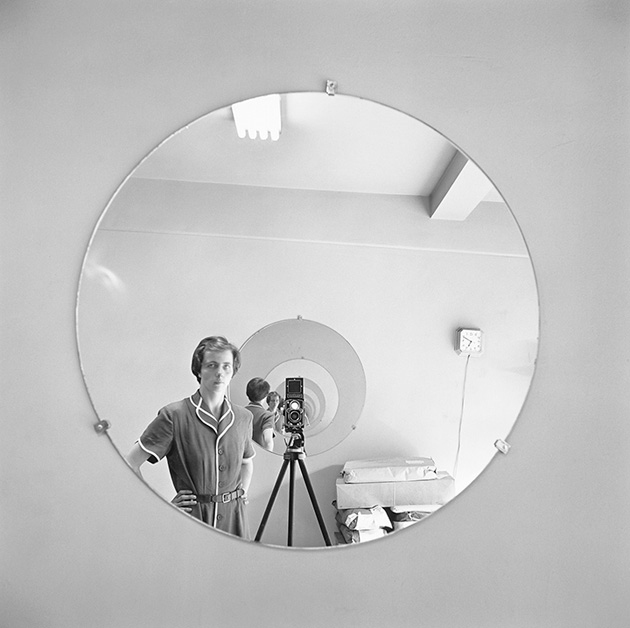 With this book of Maier’s self-portraits, we hope for clues. We want to be a witness to her life. But we’re really just spectators, seeing only what she lets us—often just her shadow. Sometimes it’s almost like a game of Where’s Waldo: You need to find her in the frame, catching her reflection in the corner of a mirror that’s secondary to an otherwise great street photo. She is usually alone or with children. Rarely smiles. Mostly out in the world, on the street, experimenting with reflections, composition, shadows and shapes. We get more questions than answers.

The book, compiled by filmmaker and street photographer John Maloof, who first discovered Maiers’ work in 2007 while researching a book on the history of a neighborhood in Chicago, contains 60 never-before-published images. Most are black and white, shot with a medium format camera. However, in the ’70s and beyond, we see Maier more in color, shot on 35mm film. In the later work we see an aging Maier, generally even more alone than in earlier photos. 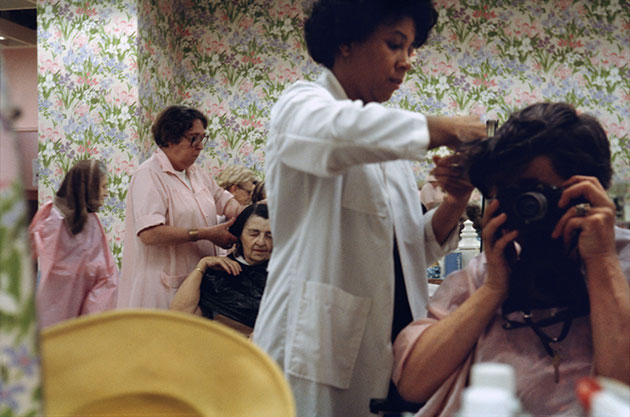 It’s tempting to approach the book with a modern sensibility of the self-portrait, thinking of these as Maier’s selfies. That would be a mistake. As Elizabeth Avedon puts it in her opening essay:

So often contemporary photography needs something…It demands an audience, requires funding. It needs someone to like it, share it or comment to it. Images today are not content to exist on their own, they constantly seek opinion and validation…Vivian Maier’s work is extraordinarily different in that it only needed to be made.

According to Maloof, Maier almost never showed her work. Most of it she never even saw herself. The pictures “only needed to be made.” 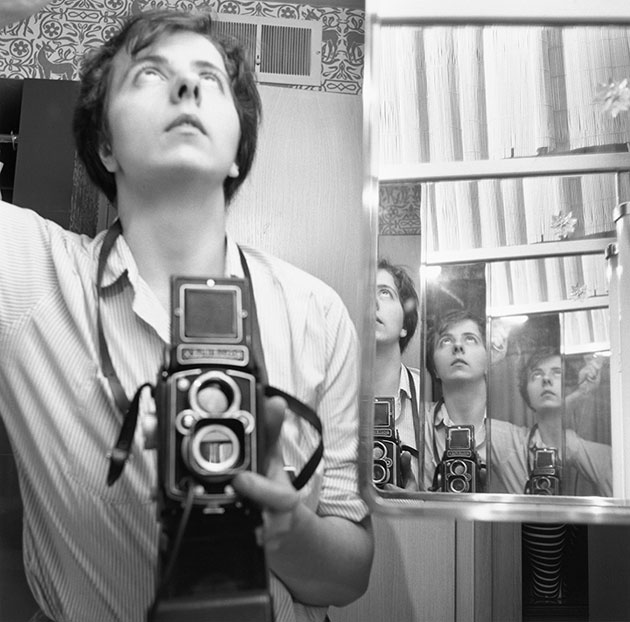 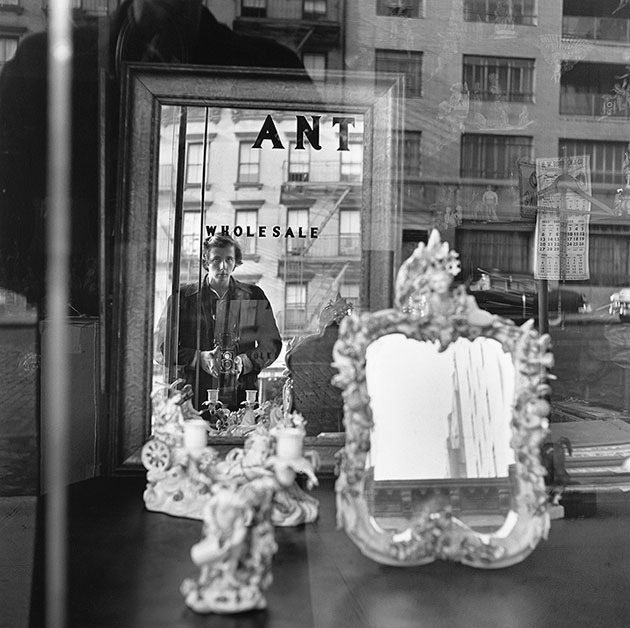 Some people see a particular vanity in photographers’ self-portraits. But with Maier’s, it seems like a case of the photographer trying to figure out her subject. Given that she died with most of her film undeveloped and negatives unprinted, it’s a safe bet that she never found the answers she may have been searching for. 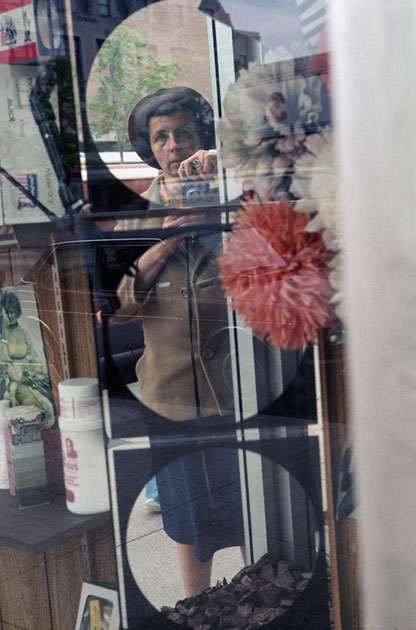 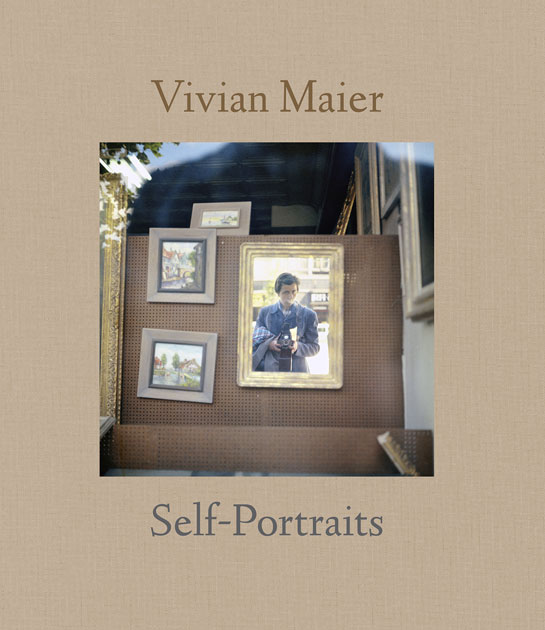