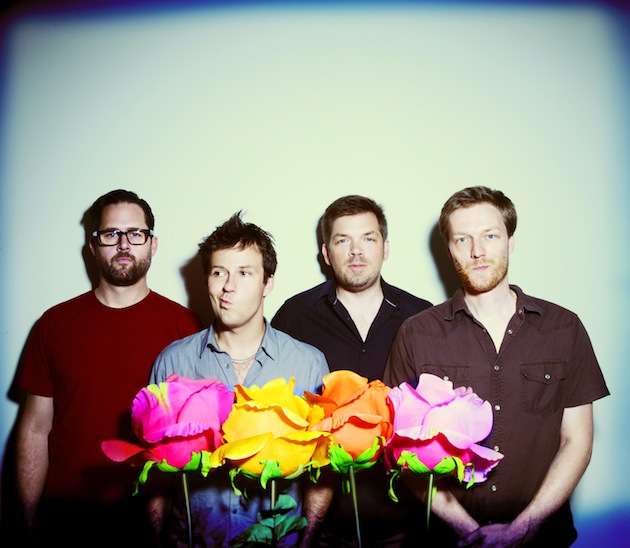 The Dismemberment Plan was originally a cult act of sorts, fusing Travis Morrison’s spastic lyricism with Jason Caddell’s spindly guitars, drummer Joe Easley and bassist Eric Axelson’s dance rhythms, and a whole lot of jittery, punk energy. They quickly gained a reputation for raucous live shows, and following 1999’s tremendous Emergency & I, became one of indie rock’s most important acts until their break-up in 2003. Now, following a reunion tour, they’ve pulled back together their first new album in a dozen years.

An initial listen to Uncanney Valley shows the band continuing right where it left off, taking the angular guitars of its predecessors in DC’s indie/punk scene and supplementing them with keyboards and dance beats—sometimes smoothing over the guitars and rough spots altogether. Of course, throughout his career Morrison has always been forthcoming about his love of punk and pop music; in interviews and in songs, he has frequently cited his attraction to hip-hop, R&B, and especially Gladys Knight & the Pips. The Dismemberment Plan’s punchy rhythms have often drawn from these diverse influences. Now, it all just sounds looser—a less-spastic, more upbeat sound befitting a group of old friends getting their band back together and discovering that it’s as fulfilling as ever. 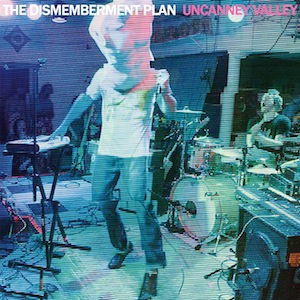 Morrison’s vocals sound strong too, but if you’re looking for the howls of “What Do You Want Me To Say?” or the impassioned sing-a-longs of “The Ice of Boston,” the closest you’ll get is the driving pulse of “Mexico City Christmas” or the bright chanting of “Go And Get It.”

The album nevertheless feels familiar. Morrison still alternates reliably between his favorite subjects: self-deprecation and classic underdog stories. And he still does so via his trademark pastiche of sincere crooning and goofy comedy, albeit with slightly less existential angst than before. The comedic part comes out full force in the opening lines of “No One’s Saying Nothing”—wherein Morrison sings “If you hit the space bar enough, cocaine comes out. I really like this computer”—and in his post-modern pairing of Madonna and Lichtenstein in the pop soarer “Living In Song.”

The Plan has proved time and time again that they’re also capable of great, emotionally charged songs—witness “You Are Invited” and fan-favorite “The City.” On the new album, “Living In Song” and “Lookin'” are evidence that they are still capable in that department. The high-speed “Mexico City Christmas” makes it clear Morrison hasn’t lost his touch for incisive lyrical aphorisms either: “Being a poet is a pretty good gig,” he belts out. “You fuck with the best stuff and you keep the rest hid. God takes out his little highlighter pen. He highlights the best stuff again and again.”

If you can’t get past Morrison’s occasional bouts of awkwardness (some may find his more playful lyrics and delivery a little too much), then move on, because you’ll find his personality here in spades. For those who can, there’s plenty to like. From his meditations on loneliness in “Invisible” to the nonchalant strut of perfect closer, “Let’s Just Go To The Dogs Tonight,” Morrison sounds confident and mature—and if the album title is any indication, he’s a little creeped out by it.