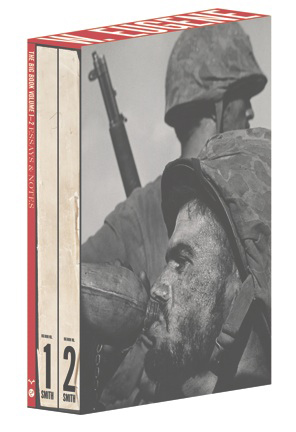 W. Eugene Smith’s The Big Book, officially titled The Walk to Paradise Garden, actually consists of three books: The original mock-up of Smith’s unpublished, self-selected retrospective has been broken into two volumes, and there’s a third book containing text, essays, and thumbnail images. Big doesn’t do it justice: This is massive. University of Texas Press, in conjunction with the Center for Creative Photography at the University of Arizona pulled out all stops in reproducing it.

The back story is as follows: In 1959, Smith began work on the ultimate representation of his photography. Putting it together gave Smith, who is legendary for his fierce opinions on which images magazines used and how they presented them, the freedom to challenge traditional photo storytelling. He grouped images in a lyrical, literary fashion rather than chronologically or according to which story they belonged to. The mock-up took him three years to finish, but the book has remained unpublished until now. It was too big and costly for any publisher to seriously consider. As it languished through the ’60s, Smith contemplated amending the unwieldy book to include newer work. 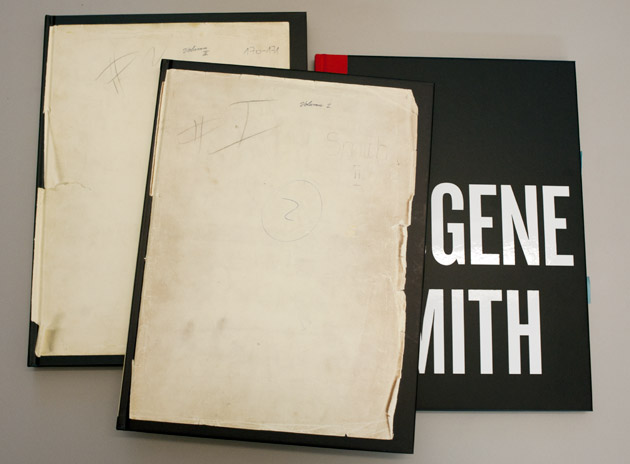 The publication is a facsimile of Smith’s original maquette, a delicate object made of photocopied images rubber cemented on calendar paper and bound with bookbinder’s glue that’s become brittle over time. It’s incredible to see the pages exactly as Smith laid them out, with pencil marks and notes. And while it’s true to the original, the photocopied images look, well, like images reproduced on a photocopier from the early 1960s. They were reproduced for the maquette using an Agfa Copyrapid, an early photocopier. The image quality varies, with some looking like muddy black and white blotches, identifiable to fans of Smith’s work, sure, but not the casual viewer. Others are a bit more recognizable, but still exceptionally contrasty due to Smith’s original copy process for the mock-up. Thumbnails in the third volume provide gorgeous but small reproductions of the images, in order of appearance, with information about the photos. The Big Book really is a treasure for researchers, scholars, serious photographers, and fans of Smith’s work, as well as that particular breed of person who fetishizes the photobook. This is one for you. 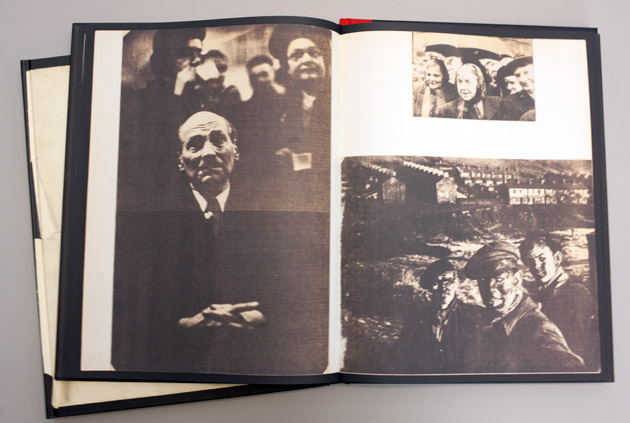 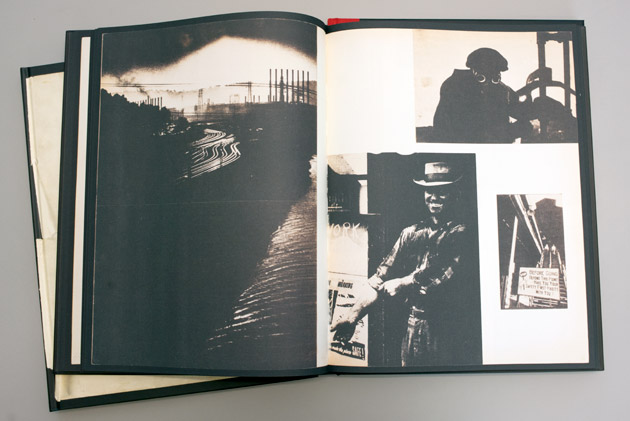 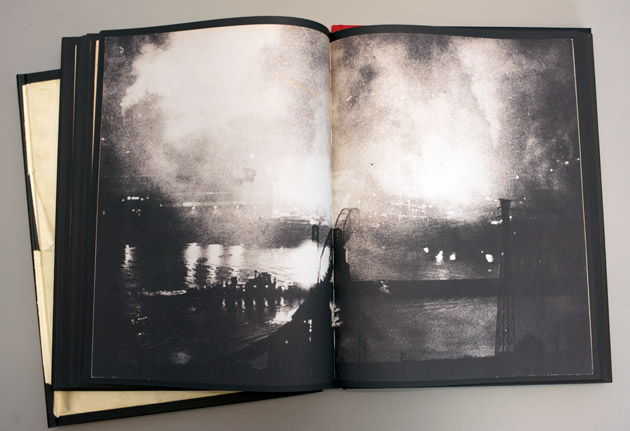 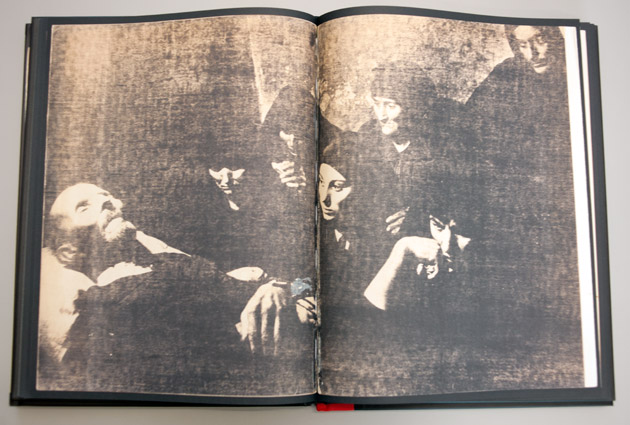 Despite the image quality, it’s hard not to appreciate the effort to stay true to the original, which almost resembles Japanese photobooks from the early ’70s (think PROVOKE photographers Nakahira, Moriyama, and Takanashi). Looking at the high quality thumbnails in Volume 3 might make you crave seeing the full-size photos in such clear detail. But that would defeat the purpose of this particular publication. Still, it’s hard not to wonder what the quality-obsessed Smith would think of having Agfa Copyrapid versions of his precious photos reproduced en masse. 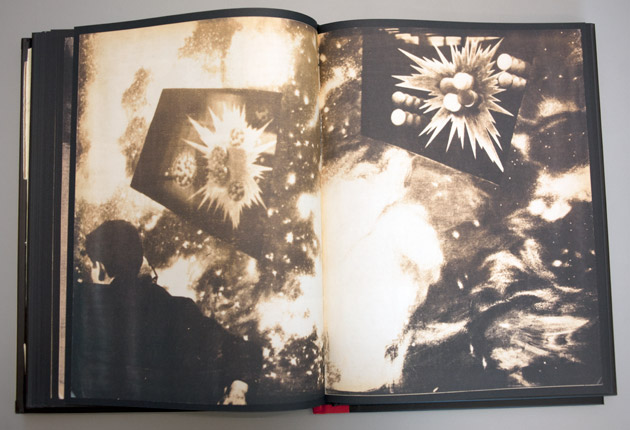 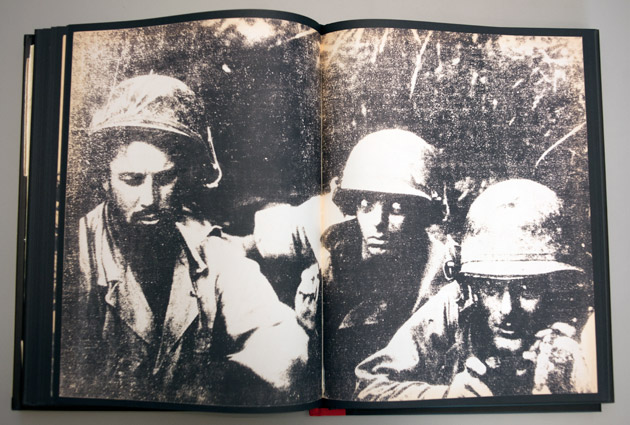 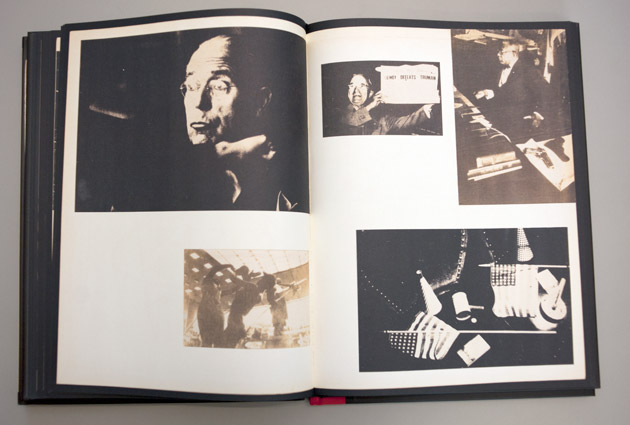 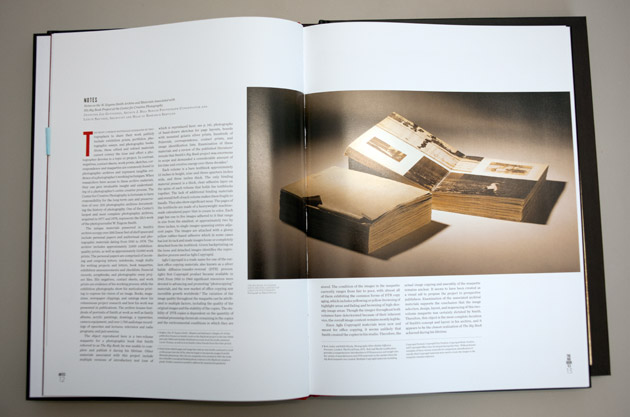 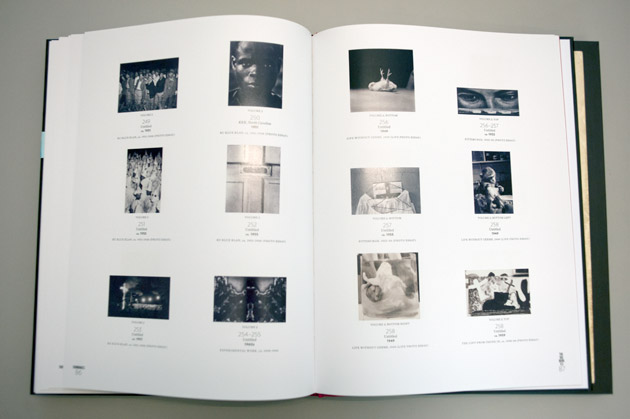 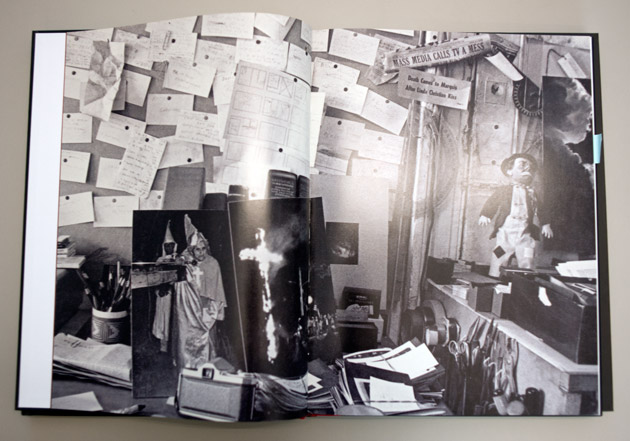 The Big Book comes packaged in a sturdy slipcase emblazoned with two of Smith’s more famous photos: the “Frontline Soldier with Canteen, Saipan” and “Steelworker With Goggles,” from the Pittsburgh Project. The whole shebang includes 466 photos. A massive, rare treat for people who are obsessive about photography.

Excerpts from The Big Book by W. Eugene Smith (Copyright © The Arizona Board of Regents, University of Arizona, Center for Creative Photography; photographs ©2013 The Heirs of W. Eugene Smith) used by permission of the University of Texas Press. For more information visit www.utexaspress.com.