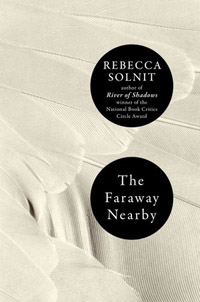 Some years ago, I visited my father at a nursing home in Council Bluffs, Iowa. Forty years earlier, after my parents divorced, he’d moved out there, remarried, got a good job selling insurance, played golf, developed diabetes, heart disease, and then Alzheimer’s. Bea, his second wife, warned me that he might not recognize me, his third son, and that he would tire quickly. We timed my visit around dinner, the high point of the day. I’d come to say goodbye.

I could count on one hand the number of times I’d seen him since he left my mother, my brothers, and me, age three. But he was dying, and I needed to make this visit. We had about 45 minutes together, most of it taken up with my father’s monologue, stories inside of stories that made sense to him, about people I never knew and places I’d never seen. But as it got closer to the time for me to leave, there came a moment when he paused, took a closer look at me and said—so fast I almost missed it, as if it wasn’t really meant for me—”I love you.” I held his hand, and remembered all the times I’d wished he’d been there to say that. And then my father disappeared back into his stories. Three weeks later, he died.

I remembered this reading Rebecca Solnit’s new book, The Faraway Nearby, which begins and ends with a roomful of apricots from her mother’s tree in the front yard of a suburban house north of San Francisco. Between these two bookended chapters, she takes us to the Museum of Water in Iceland, San Francisco’s Ocean Beach, Mary Shelley’s Frankenstein, rafting down the Colorado river, into Wang dynasty China, and inside Wily E. Coyote and Roadrunner’s cartoon world. The Faraway Nearby is the story of the stories she told herself about her relationship with her mother, and about the stories her mother told herself about how the world should be, and how her daughter should be in that world, and why that caused so much pain.

When Solnit’s mother developed Alzheimer’s before her death in 2012, it brought an unexpected blessing of forgetfulness, a respite from the harshly judgmental, anger-filled, unloving relationship they’d inhabited through most of Solnit’s childhood and adulthood. In its place was a woman living in the moment, delighted at the visits she received from this visitor named Rebecca, who brought her stories, read Rilke’s Duino Elegies to her, and in the end, did what children do: brought her mother to a place of safety and of love.

“Moths drink the tears of sleeping birds,” she begins (drawing from the title of a scientific paper, the kind of disconcertingly delightful connection that makes reading Solnit so energizing).

The Faraway Nearby does more than just recount Solnit’s family troubles, though: She is far too skilled an essayist to leave it at that. Instead, inspired by Scheherazade’s storytelling in The Thousand and One Nights, she invites us to accompany her through the stories-within-stories that helped her find an empathetic harbor after a most difficult, storm-tossed time in her life: her mother’s illness, the end of a love relationship, her own breast cancer, the death of a dear friend, another friend’s life-threatening birth of a child. As one of our best observers of the public stage upon which even our most private moments find expression, Solnit brings us into a conversation about the need for more connection with one another; the value of friendship, community, and family; and our responsibility to live lives larger than our own individual moment.

As she’s done in much of her work, in The Faraway Nearby Solnit unpacks the idea of storytelling, investing it with deeper meanings, and delighting the reader with a new way of seeing ourselves, our words, and our world. I was particularly reminded of Wanderlust: A History of Walking, in which she cradled the (yes, pedestrian) notion of walking in her hands, turning it this way and that, exploring its facets with an eye for the unexpected as much as with the expert eye of a veteran of Nevada Test Site peace walks, a participant in pilgrimages along New Mexico’s highways, and a San Francisco flaneur.

The Faraway Nearby literally is a book you need to read twice: Along the bottom of the pages runs a one-line story-within-a-story that seems to function as a précis for the entire book. “Moths drink the tears of sleeping birds,” she begins (drawing from the title of a scientific paper, the kind of disconcertingly delightful connection that makes reading Solnit so energizing). Her writing takes wing on this meditation, carrying us on a flight that crosses a landscape of sadness, of happiness, through consciousness, desire—what can only be described as a healing enlargement of one’s soul—and towards beauty:

Certain kinds of beauty make people weep, the moments “when hope and history rhyme,” the arrival of the long-awaited, the revelation of a pattern in the universe that is also the revelation of your own power of making and perceiving order, and sometimes just extraordinarily intense beauty, including moral beauties—justice done, truth honored, order or wholeness restored.

“Who drinks your tears, who has your wings, who hears your story?” she asks at the close of this lovely book. And with that, Rebecca Solnit’s The Faraway Nearby tells the story of her return from chaos to wholeness, and invites us to tell our own version of this voyage.