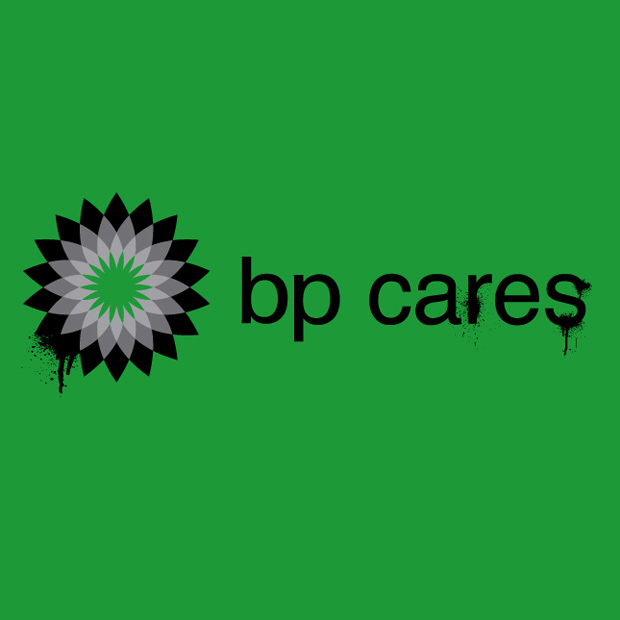 The real BP website—where press releases are titled “BP is Not Aware of Any Reason for Share Price Movement” and every pelican is a clean, happy pelican—all but welcomes satire as a response to the “slow-motion tragedy” in the Gulf. On Twitter, @BPGlobalPR fills the niche.

More than 150,000 people have signed up to follow the faux BP flack on Twitter since the anonymous humorist behind @BPGlobalPR lobbed the first tweet at BP’s manhandling of the oil spill May 19. More importantly, the satirist has raised $20,000 in two weeks for gulf restoration efforts through the sale of his “BP Cares” T-shirts. The actual BP media relations team, which recently expanded to include Dick Cheney’s former publicist, Anne Womack-Kolton, has thus far wisely left him alone. “If BP wants to shut us down, they are welcome to,” the mind behind @BPGlobalPR told Mother Jones in an email interview Thursday. “We had to change our bio on Twitter, but the changes we’ve made are the only changes we are willing to make. We’ve raised 20k to clean up their mess.”

BP Global PR: It’s been a real game changer. The grab-ass room is pretty much closed for business. Basically all we do is watch terrible videos of death and destruction on the Internet. Having a hard time communicating. I ask if she wants anything from Coldstone, she just says, “everyone dies.”

MJ: How does your company feel about the endangered animals killed by the spill? Were they asking for it or what?

BPGPR: What has happened to the animals is unfortunate. What’s even worse is that people are taking pictures of it. If you see any photos, delete them and make a solemn promise that you will forget you ever saw them. If you see someone taking pictures, capture them and call us. We’ll handle it.

BPGPR: We were dropping the top hat down by the pipe and we accidentally knocked over a mermaid nest. There were a bunch of dead magical mermaids in it. A couple of merdudes too I think, but who can tell?

BPGPR: To own them, control them and stop them, duh.

MJ: I don’t know how to tell you this, but @MacMcClelland wants to know if you’re single. “Ask him if he’ll make out with me,” she says. Sheesh. You game?

MJ: You mentioned on Twitter that “Safety is our primary concern. Well, profits, then safety. Oh, no—profits, image, then safety, but still—it’s right up there.” What’s number four on the BP list?

MJ: I was thinking a few million “bp cares” T-shirts might plug the hole. Should I buy like a couple thousand at Street Giant and have them shipped to you at BP HQ or…?

BPGPR: Please buy these things. We are going on day 20 of the T-shirt machine spill and we still can’t shut it off. We need to get these things out of here. They cost $25 and I accidentally signed all the profits away to the Gulf Restoration Network. We’ve already raised $20,000 for them in two damn weeks. This is money we could be gambling.

MJ: Has anyone in the Twitterverse newbed up and thought you were really, like, BP or Deepwater Horizon corporate PR?

BPGPR: What? It’s questions like these that confuse me and piss me off. Don’t be a pickledick.