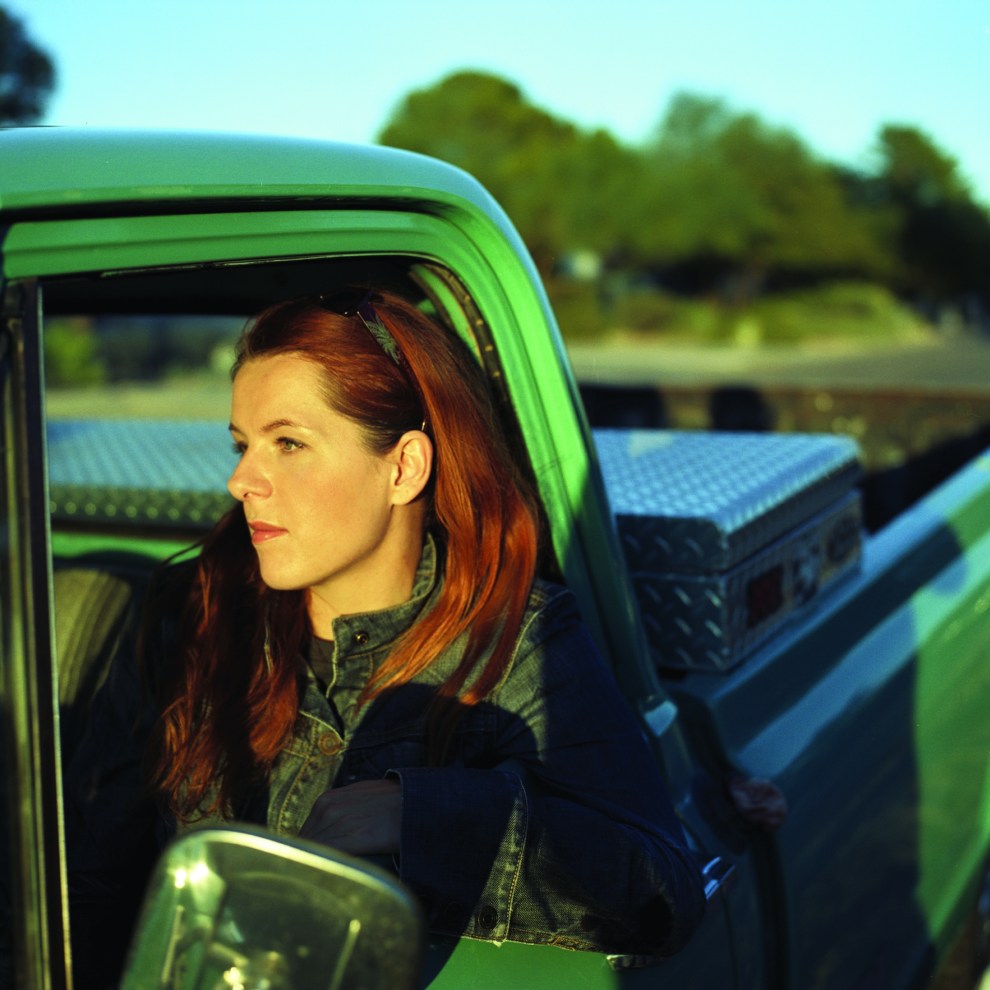 Neko Case was born in Virginia, grew up in Tacoma, Washington, and has called everywhere from Seattle to Chicago home. “I’m basically a hobo—a musical hobo,” she says. For the past several years, the alt-country siren has lived in Tucson—but mostly she’s been on the road, performing both on her own and with power-pop supergroup the New Pornographers. Case recently spoke with Mother Jones about her new album, Middle Cyclone, the funny parts of growing up poor, and what she’d be doing if it weren’t for this whole singing thing.

Mother Jones: Your solo stuff is pretty different from the New Pornographers. What are the differences between playing shows with them and by yourself?

Neko Case: The difference is that [with the NP] I didn’t write the songs, so I can suspend my disbelief. I get to listen to the song while I’m singing the song, which makes it extra fun, because I have no fucking idea what they’re talking about, and I don’t ask them because I don’t want to know. I don’t even know what they’re referring to half the time, but that’s what I like about Dan and Carl. I love the way Dan uses girls’ names all the time. I don’t know if he knows any girls with any of those names, but he always uses girls’ names, which I love.

MJ: Correct me if I’m wrong, but I don’t think you use names much.

NC: Hardly ever. I try not to. There are times when it’s really appropriate, but I don’t usually think that’s a great idea. It’s kind of nice not to know. Have a little bit of mystery left.

MJ: You grew up in Washington, but a lot of people think you’re Canadian. You were recently profiled in the Oxford American, a magazine about Southern culture; you lived in Chicago for a long time. Now you’re in Tucson. I wondered how you came to have so many regional identities.

NC: When you live in a lot of places, you can’t help but have them become part of you. Technically, I am a Southerner, but I did not grow up in the South. So I’m a Southerner by accident, but a Washingtonian.

MJ: You’re a fan of fellow Washingtonian Lynda Barry and her book Cruddy, which is a weird, dark book about a young girl’s Kafka-esque adventures, and you’ve talked before about growing up poor.

NC: I think I identify with Lynda Barry, and Sherman Alexie as well, because they’re really good at explaining what it’s like to be poor growing up in Washington state, which is a very specific thing. And they don’t forget that it’s super funny to be poor, but it’s not a badge of honor. It’s just kind of pathetic and funny—and kind of awesome in this weird way. They remember that specific time so well, and they speak in that vernacular, and they really capture it, and it makes me feel so comfortable and good. It makes joy out of something that probably isn’t that great. But 89 percent of Americans grow up that way.

MJ: All of them can’t be grim and earnest all of the time.

NC: No, not at all. Not that there’s not a place for that; I like grim and earnest. But I don’t feel like a grim, earnest person as a result of growing up that way. Plus, rich kids who write songs about food stamps always piss me off. I’m not going to write any songs about that, either.

MJ: It’s not like your songs are about class issues.

NC: No, not really. I think there’s just a shabbiness to the things I like to describe. I like the shabbiness. Kind of a space-heater aesthetic. A dirty space heater.

MJ: You have a lot of strains of country influence, and that kind of music is so strongly identified with the South.

MJ: Around here [in San Francisco], you’ll ask people what kind of music they like and they’ll say, “Anything but country.”

NC: They really still say that? Or do you think they’re talking about mainstream country, like Kenny Chesney, rather than country music as a whole? You’ll have to ask them to be specific.

MJ: If you encountered a person who said something like that, what country albums would you recommend?

NC: Your Hank Williams and your Johnny Cash. Those records are always really important. Dolly Parton is really important, because she was a major songwriter, and I remember being a kid and seeing Dolly Parton not only singing, but playing guitar, and playing songs she wrote. Country/western has always gotten a real rap for being sexist, at least in the ’70s and ’80s, and I thought that was funny, because women were writing their own songs and playing guitars on stage in front of people way more than they were in pop music.

MJ: What is your favorite book? And have any books inspired songs?

NC: Well, I don’t have a favorite book, but I think Watership Down is probably the most influential book of my life. When I was a kid that’s the book that turned me into a ravenous reader, and I still read and love that book. There are songs that’ve, you know…”Margaret Versus Pauline” is based on a Richard Brautigan story, but not on the story. I just took two of the characters and made them into other people. It’s not related, but it’s inspired by it.

MJ: There’s a lot of sleeping and dreaming in this album. Are your dreams a source of inspiration?

NC: “Prison Girls” came from a dream. Lots of parts of the songs come from dreams. I write them down.

MJ: There’s also a lot of “carpe diem” imagery on this album. In “Magpie to the Morning” there’s that line that goes, “Say the magpie to the morning / don’t let this fading summer pass you by.” And someone’s running from death in the song “Fever.” Am I sensing a theme?

NC: I’m sure there’s a lot of that in there. I hate to see things wasted. Time. Lives. You name it. Paper. That makes me crazy.

MJ: If you weren’t a singer, what job would you choose?

NC: I’d want to be the lady wearing the brown outfit who releases the cougar from the cage on the back of the truck. You know? Just being on all the nature shows where the cougar’s just done being in rehab and it’s going back into the wild.